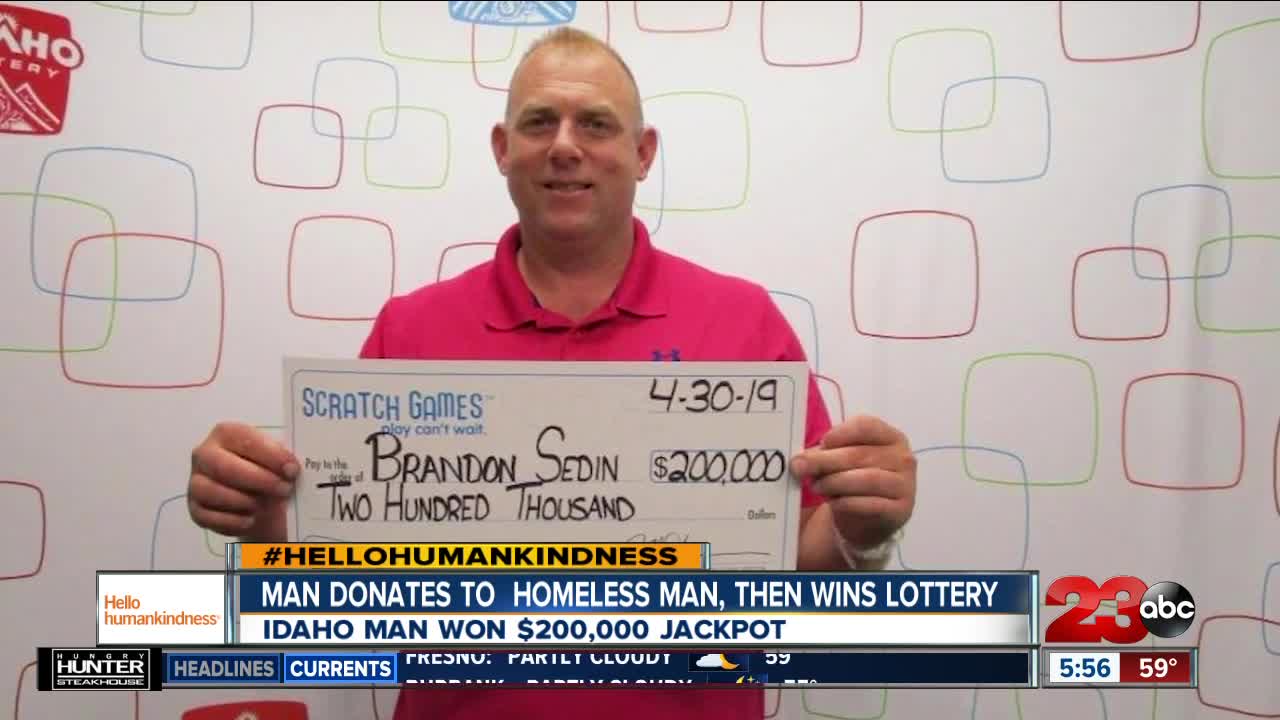 An Idaho man won $200,000 in the lottery after donating to a homeless man.

IDAHO (ABC 7) — Sometimes good deeds do pay off and one man was lucky enough to hit the jackpot.

An Idaho man won $200,000 shortly after donating a few bucks to a homeless man.

Brandon Segin told the Idaho lottery that he doesn't play the lottery often but did it at the spur of the moment, and it ended up paying off.

He played the Juggernaut Jackpot and had the last top prize in the game.

Segin said he will invest and save the money from the lottery.

This story is courtesy of our ABC affiliate, ABC7 in San Francisco