Kern Back In Business: 35 bus drivers needed for new GET service 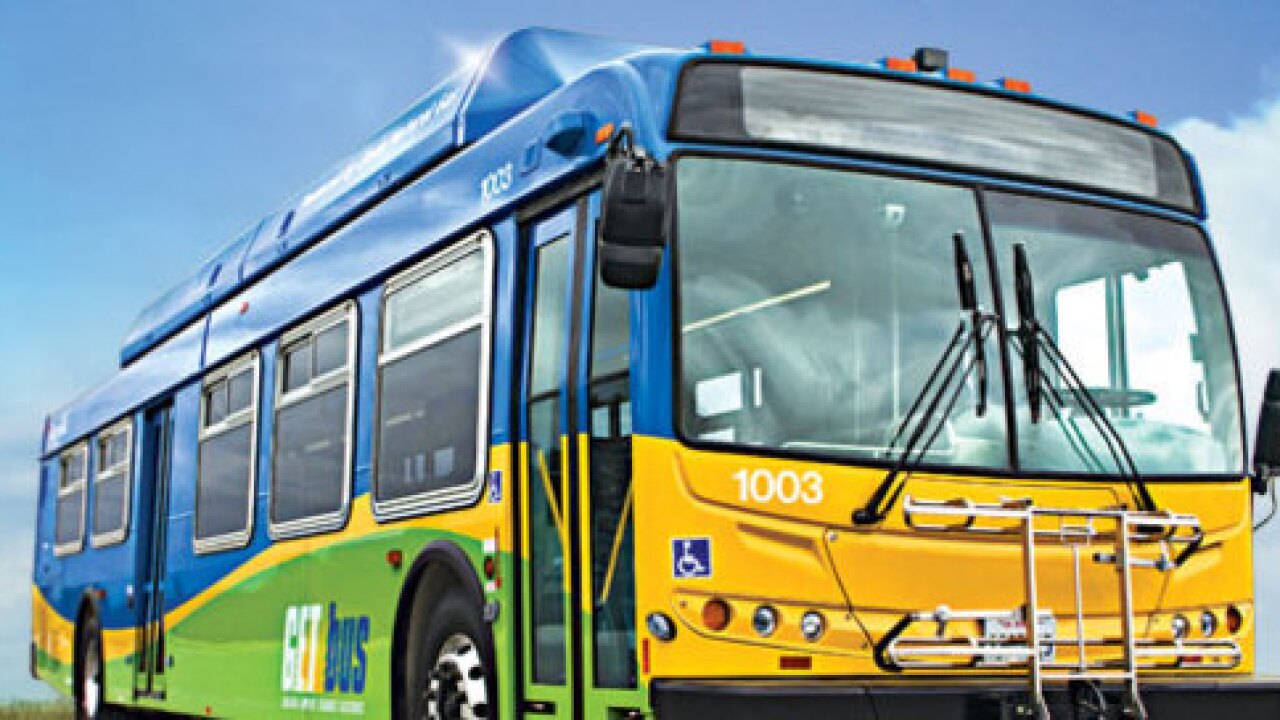 BAKERSFIELD, Calif. — The Golden Empire Transit is looking for new drivers to get behind their wheel. A GET Bus spokeswoman said they plan to host a hiring fair Tuesday January 29th at their GET Bus depot.

Samuel Hernandez is closing in on his first full year as a Golden Empire Transit bus driver. He describes the company as, "Coming in and all the employees here all the other drivers have come a second family."

Hernandez had a car background before becoming a bus driver. However, instead of driving professional he sold car parts. And said he enjoys interacting with his Bakersfield riders.

GET bus is currently looking for more bus drivers like Hernandez. This spring there will be a new type of get bus rolling down the streets of Bakersfield. GET bus is debuting their new Ryde line, which is an on-demand bus service for Southwest Bakersfield. GET Gus spokeswoman Deekay Fox says said, to use the new service you need to call the get bus line 661-869-6380, or download their Ride app and put in your pick-up and drop-off addresses similar to a ride sharing app like Uber or Lyft.

"And we will take you where you want to go," said Fox. "Instead of using a fixed route where you are controlled by our schedule, you get to control the schedule for pick-up and drop-off."

Fox said get plans to start their pilot Ryde service on April 7th. If the program is successful then they could expand Ryde to more parts of Bakersfield.

"We're basically going to do some marketing research and find out which areas we should extend to next. And if we get a lot of customers that call in asking what about my area, that would be beneficial for us to know," said Fox.

Before they can expand their Ryde program they first need to hire 35 bus drivers to get their pilot program moving. Human resource generalist April Davidson said, on Tuesday January 29th GET Bus will host a job fair at their bus depot off Golden State Avenue and F Street.

Once GET hires you, Davidson said, promotions happen regularly. She said she started seven years ago as a driver herself and got promoted three times to her current position in hr.

Davidson said, "The great thing about Golden Empire Transit is the growth potential in the positions here. So you always the opportunity to move up."

In order to apply, Davidson said you need your regular Class C license. And not having a professional drivers' Class B license should not get in the way of the application process.

For a recently graduated trainee like Hernandez, he said getting the hang of the big bus and knowing the routes is easy and should prevent anyone from applying for the job.

"Everybody is so comfortable, everybody is so easy to talk to. Once you get on the bus and the gittering thing goes away and the trainers get a hold of you and they retrain you how to drive. You take away better driving than you thought you were. So I would just say to apply and don't really think about driving the most, just really come in and be around with a great company."

And to keep their customers smiling Davidson said, their looking to hire 35 more bus drivers like Hernandez.

For more information about what you need to apply and where you can do it, visit GET Bus' website: here.