Kern Back In Business: County trying to diversify to lower unemployment swings 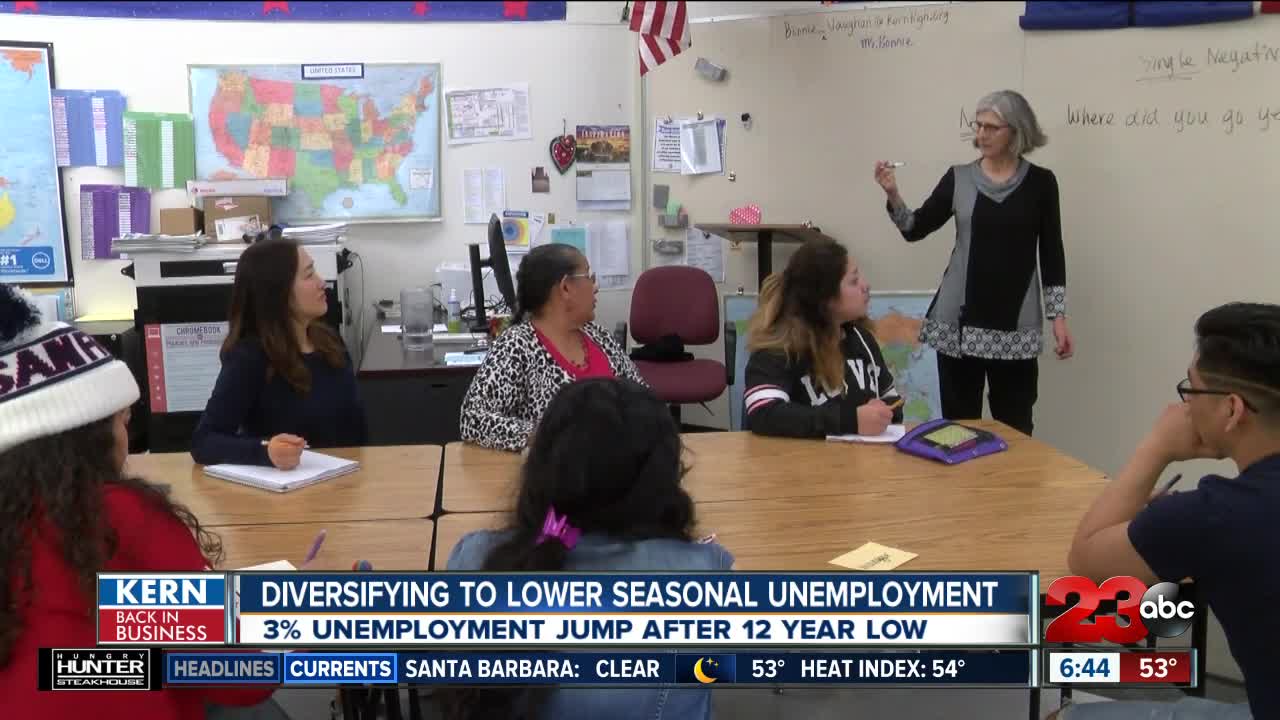 BAKERSFIELD, Calif. — After a 12-year low in unemployment, Kern County's unemployment rate is up nearly 3%. The executive director of the Kern Economic Development, Cheryl Scott, said the jump is unemployment is caused by fluctuation of our agriculture industry. And the county is trying to promote more stable careers to prevent the big swings.

While 9.3% is more than twice the state’s unemployment rate, Scott said it has it’s advantages. "When we’re recruiting businesses to come to Kern County it’s not a bad thing that we have 9% unemployment because they need employees to fill the jobs they’ll be bringing here.”

Scott said the five biggest industries in Kern County are oil, agriculture, medical, government and transportation and warehousing. When Kern County set a 12-year low in unemployment last fall, Scott said that was peak season for our agriculture industry. And now that we’re in the winter those same workers are having a tougher time finding work during agriculture’s slow season.

“That’s why it’s so important to have a diverse economy," said Scott. "That’s one of the reasons why we focus so much on transportation and warehousing, the distribution centers that are coming in. So that we’re not as reliant on oil and agriculture as we’ve been in the past.”

“And [transportation and warehousing] create a lot of jobs," said Scott, "that people who have worked in agriculture but are ready to shift to perhaps year-round work in a different environment. But they have skills that are transferable can move into that type of a job.”

Kern County has a couple of options for adults who are looking to switch careers. One of those options is at the Bakersfield adult school. Their supervising administrator Jodi Loeffler said it’s a common place for seasonal workers, like field workers, to learn new skills for a more stable career.

Loeffler said, "“Our last data report we had about 60% unemployed, so about 40% are employed or underemployed so they’re looking to improve their socioeconomic standing.”

Loeffler said they have a variety of courses ranging from nursing to culinary to English as a second language to technology courses. And for some they can take a couple of different course to set themselves up for success in their next career.

“People come for citizenship. And then once they come here they start to become more confident. And they realize all the opportunities that are here to access at either low or no cost. And they’ll go on to the career technical education classes that we offer,” said Loeffler.