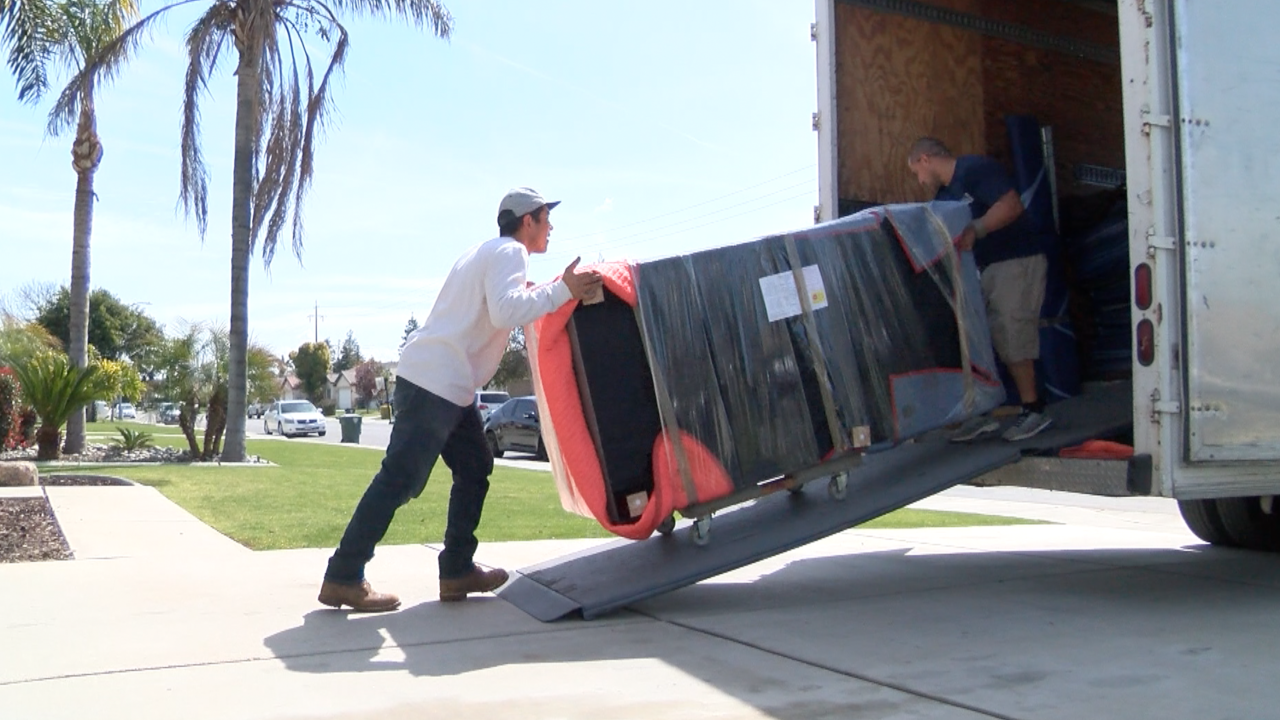 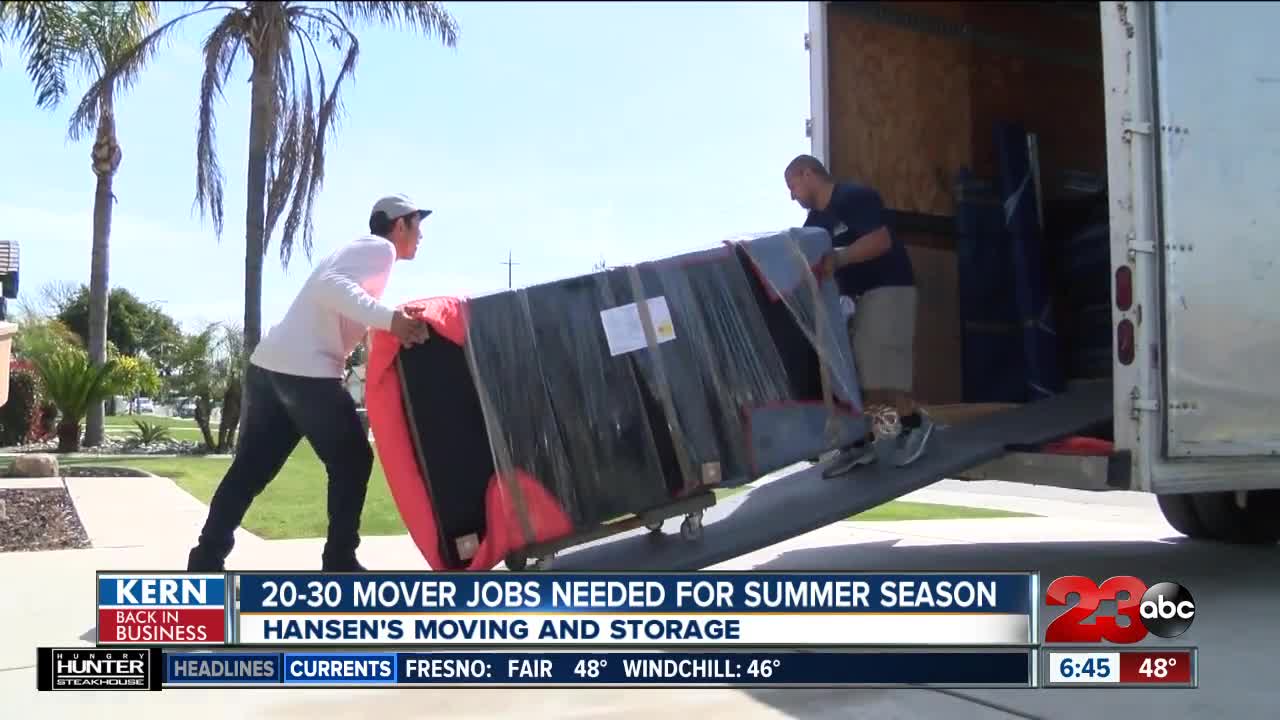 BAKERSFIELD, Calif. — Are you looking for a job that puts your muscles to work? A local moving company is looking for new employees heading into their busy summer season.

Hansen’s Moving and Storage needs between 20 to 30 movers. They’re looking to hire these new employees in the next couple of weeks so they can be hired and trained in time for their peak season.

The summer is moving season in Kern County. It’s so busy local moving companies have their own nickname for the summer months.

Marc Caputo is the operations manager for Hansen's Moving and Storage. He said, “The next couple of months are going to be our Christmas Season essentially. We’re, you know, we’re going into our busy season with spring and summer and we want to make sure that we’re prepared for that.”

To prepare for that summer rush, Caputo said the 20-30 new employees they need ranging between full-time, part-time and seasonal workers.

Caputo said, "We’re looking for anybody that can you know help us move furniture. What we do is wrap furniture, protect all the customers’ items, secure it in the vans and then we take them to their locations.”

Currently you can go to the Hansen’s Moving and Storage office off Sillect Avenue to apply in person. Or you can attend their hiring event on April 8th from 8 a.m. to noon.

“Bring your resume," said Caputo. "We’ll ask them to fill out their application, bring a valid driver’s license. And we’ll have them fill out the application and we’ll try to interview them as many people as we can in that time.”

Jesse Sandoval has been a mover for 22 years. He said he still remembers the reward from his first day as a mover.

“Starving Students," said Sandoval. "And they, the first job that I was on I got a hundred dollar tip that’s what keeps them coming back.”

Sandoval said Hansen’s is the fourth moving company he has worked for during his two-decade career. And he said his move up from the San Fernando Valley to Hansen’s in Bakersfield was all about the money.

"I was working for another moving company, but they weren’t paying as well. So I came over here to Hansen’s and applied here, they pretty much hired me the same day,” said Sandoval.

Caputo said Hansen's Moving and Storage offers a starting hourly wage at 12 dollars an hour, but it goes up based on experience and whether you have a commercial driver’s license.

“Some people who have some work experience would be good just so they know how to conduct themselves in a customer service environment,” said Caputo.

Caputo also said they will hire people with no expierence and train them up to their standards. Caputo continued, "We’re going to go out there and show them how to properly and to wrap furniture. We’re working on developing a training center to make sure that they have the skills they need to before they go out onto a job. There’s going to be a number of training videos that they watch on the proper way to pack items and box things up so that way when they’re out in the field that they’re doing it correctly.”

Sandoval said having a base packing knowledge is key. He learned that you have to maximize your time, if you go from the customer’s home back to the truck you have to move at least one item with you. He said those skills helped him carry his toughest piece.

"Armoire," said Sandoval. "It was a wood, handcrafted, you know, done by hand and it was just huge. And me and this other guy had to wrap it up and take it ourselves. It was big and heavy and it took everything out of me.”

Another tip Sandoval has for would be movers is drink plenty of water.

“Stay hydrated. That’s one thing that we have to do is stay hydrated. You know I drink water throughout the night. You know I wake up in the middle of the night and release it and put more water back in, you know. But stay hydrated because I’ve seen people pass out, pass out doing these jobs,” said Sandoval.

Other than the better pay plus tips, Sandoval said, he like to people he’s working with because they’re friendly and they’re team players.

If you'd like more information about applying at Hansen's Moving & Storage, go to their careers website: hansensmovingandstorage.com/careers