Kern Back In Business: Truck drivers needed in Kern County 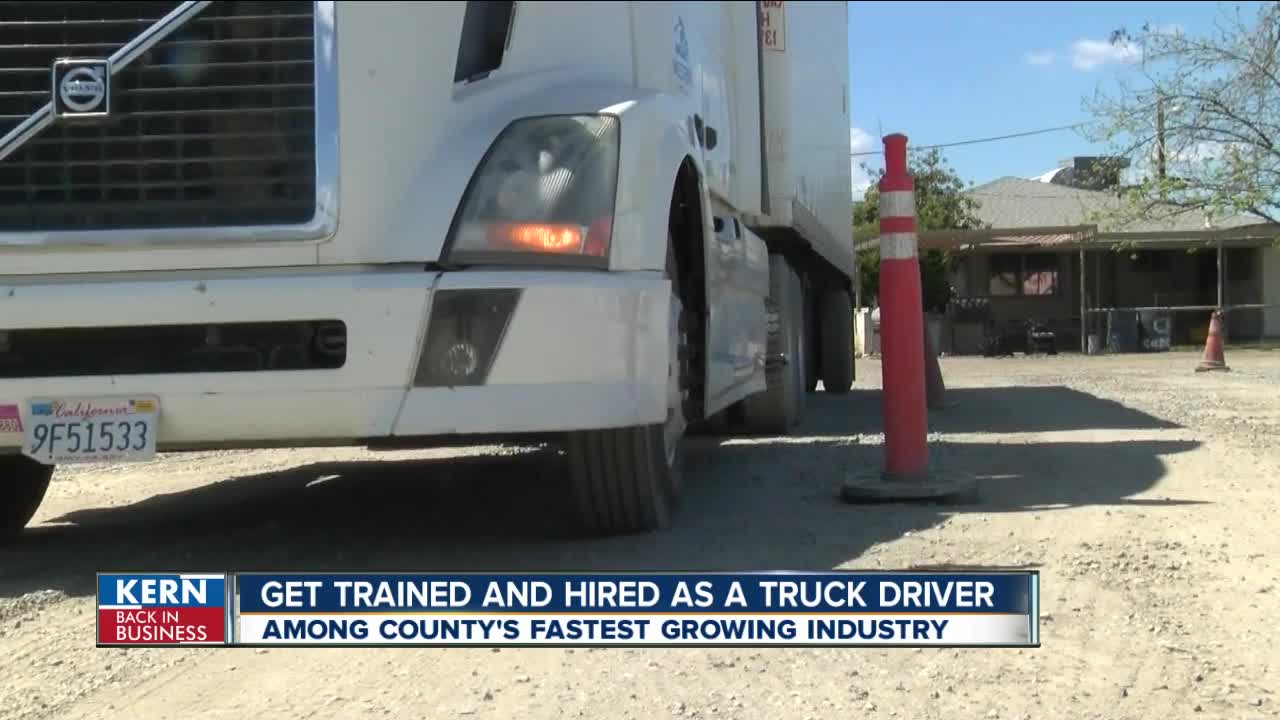 BAKERSFIELD, Calif. — Truck drivers are one of the biggest job needs here in Kern County. That's according to the latest jobs number from the Kern Economic Development Center. With more distribution centers moving to the Central Valley, that’s increasing the demand for the drivers.

From the passenger seat, Western Truck School instructor, Judas Sepeda, called out instructions. "“Pull straight up. Center the truck on there and then back into this box. Ready?”

After 25 years behind the wheel as a truck driver, Sepeda traded in his keys for a clipboard to help train the next generation of truckers. As more distribution companies like Amazon, Wal-mart, Dollar General and L'Oréal move into the Central Valley, the greater the demand for truck drivers.

Western Truck School admissions representative, Cindy Remillard, said, “We have companies that are coming to us now that we haven’t talked to in probably, I would say eight to ten years.”

Remillard said starting salary for truck drivers is between $45 to $50 thousand dollars a year. And those entry level truck drivers are in growing need as the industry gets older behind the wheel.

“What I’ve heard through the companies and stuff, are retiring," said Remillard. "You know like the Baby Boomers type, are retiring. And so now they just, it’s just they’re in high demand. They really really need people, bad.”

There are a couple of local companies here in Kern County that train drivers willing to shift gears and start a new career as a truck driver. Cindy Remillard said if a driver gets hired out of their school there’s usually a pretty good perk that comes with it.

Remillard said, “And if they go to work for them upon graduation and receive their Class A then the companies usually pay back their full tuition on top of their salary. So whatever salary they’re making they also pay back their tuition to them.”

She continued, "As long as people qualify, which most of them do. They can come in and in one sitting they can go over everything. I can get them pre-hired with a company before they start. As soon as they graduate they’ll receive their Class A, the company will contact them. And within a couple of days they’ll go to work for the company.”

Remillard says western truck school has three training schedules. A four-week day course, six-week night course and an eight-week weekend course. The first part of the course is in the classroom, while most of the training is in the trucks behind the wheel.

“We get some guys in here," said Sepeda, "that have no experience at all. Never even drove a stick shift car. So those guys need a little more training.”

Two current truck driving students are Erick McGhee and Jerry Ochoa. Both of them are leaving Kern County’s top industries, oil and agriculture, for a new career on the road.

Ochoa added, “The moneywise, it’s more money how I was, I used to be working in the fields for like ten years and I just decided to be a trucker. More money and it helps me with my bills and you know I’m trying to get a house pretty so. So that’s going to help me out.”