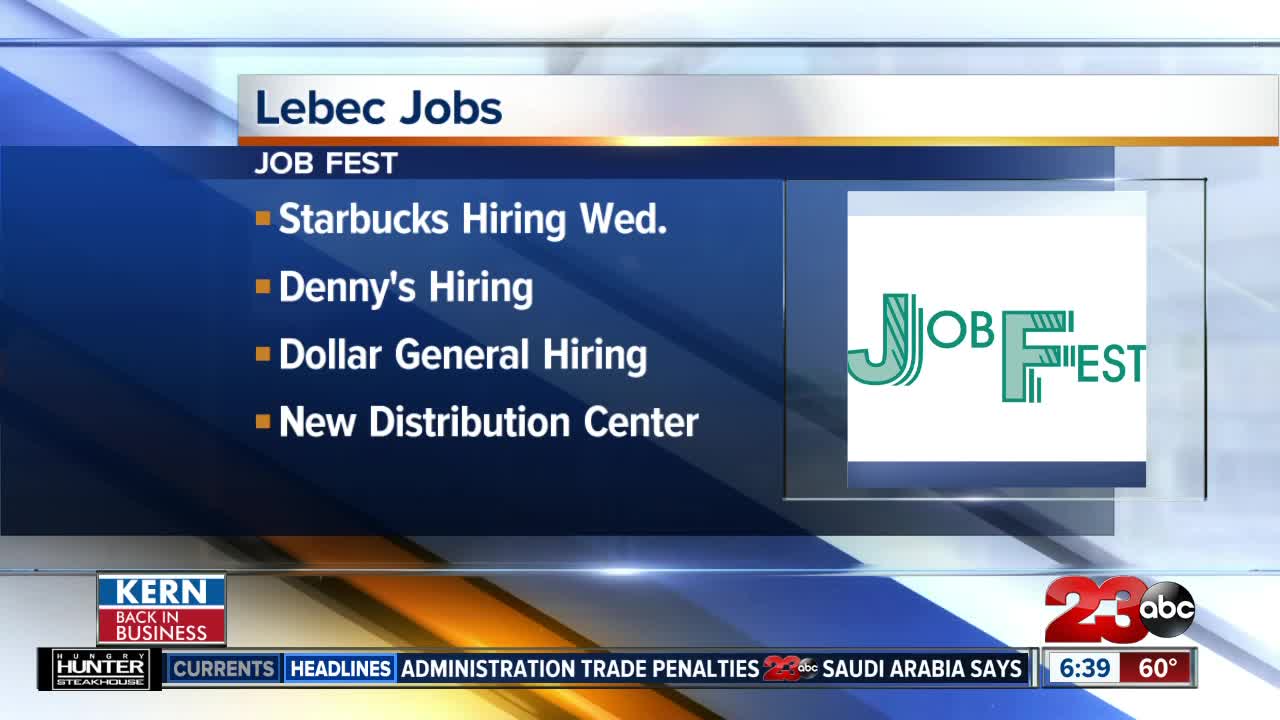 Denny's, Dollar General and Starbucks are among those major national companies that are hiring now to fill their openings.

Wednesday Starbucks is hosting a hiring fair from 1 p.m. to 6 p.m. Josh Conner, a job developer with Job Fest, said the best way to apply for one of the Starbucks jobs is to apply online first and send his office and email to reserve an interview time. The store number is #06689 and the email is connerj@kerndhs.com.

Conner said while your applying for a job at Starbucks you should print out a couple more resumes to apply at the nearby Denny's, Dollar General and in the Tejon Outlets. Conner said available jobs include: cashiers, servers, hosts, forklift operators, stacker and even some management positions.

Tejon Ranch also announced they're currently building 580,000 square feet of new distribution space along the east side of the 5 Freeway; 390,000 square feet of it has already been leased to a company said to rival other distribution centers here in Kern County. Conner said, once that company moves in they will need new employees to fill those new jobs.