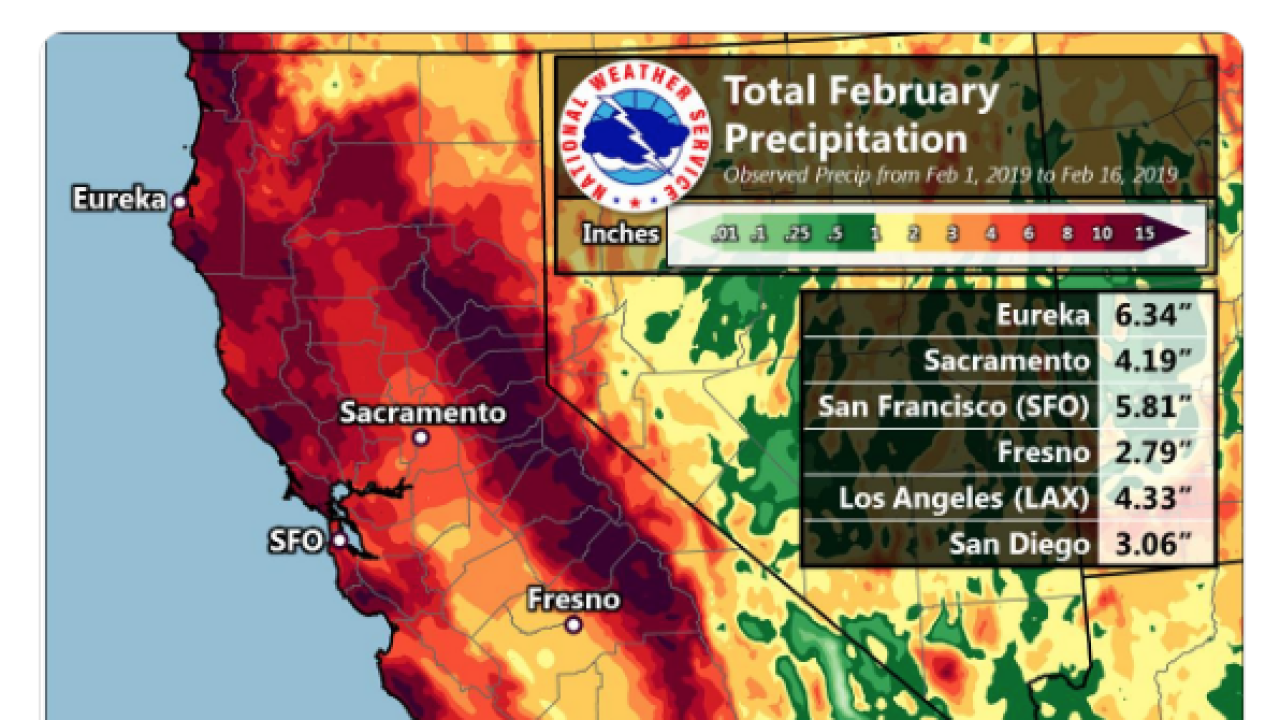 SAN FRANCISCO -- (ABC 7) — Rain, rain and more rain! If you are wondering how much rain California received this month - you may find the answer startling.

Eighteen trillion gallons of water have fallen in California in February, according to the National Weather Service. And the month isn't over yet.
Meteorologist Mike Nicco from our ABC affiliate KGO-TV breaks it down.

"Let me put this into perspective, "said Nicco. "Eighteen trillion gallons of water is equivalent to 27 million Olympic-sized pools or 45 percent the total volume of Lake Tahoe."

Q: How much water has fallen in California so far this month?

You want to be ever more impressed?

"If you weighed all that water it would come out to 150 trillion pounds of water. That's a lot of weight," said Nicco.

Enjoy the sunshine Monday and Tuesday, because we have another chance of rain starting Wednesday.

So is Southern California out of a drought? Not quite yet, according to the United States Drought Monitor. The latest drought map released for California shows large parts of the sate in the yellow category, meaning "abnormally dry," and parts of Orange, Riverside and San Diego counties in the beige category, meaning "moderate drought."

This story is courtesy of our ABC affiliates KABC in Los Angeles and KGO-TV in San Francisco.