2 people arrested during 5th night of protests in Downtown Bakersfield 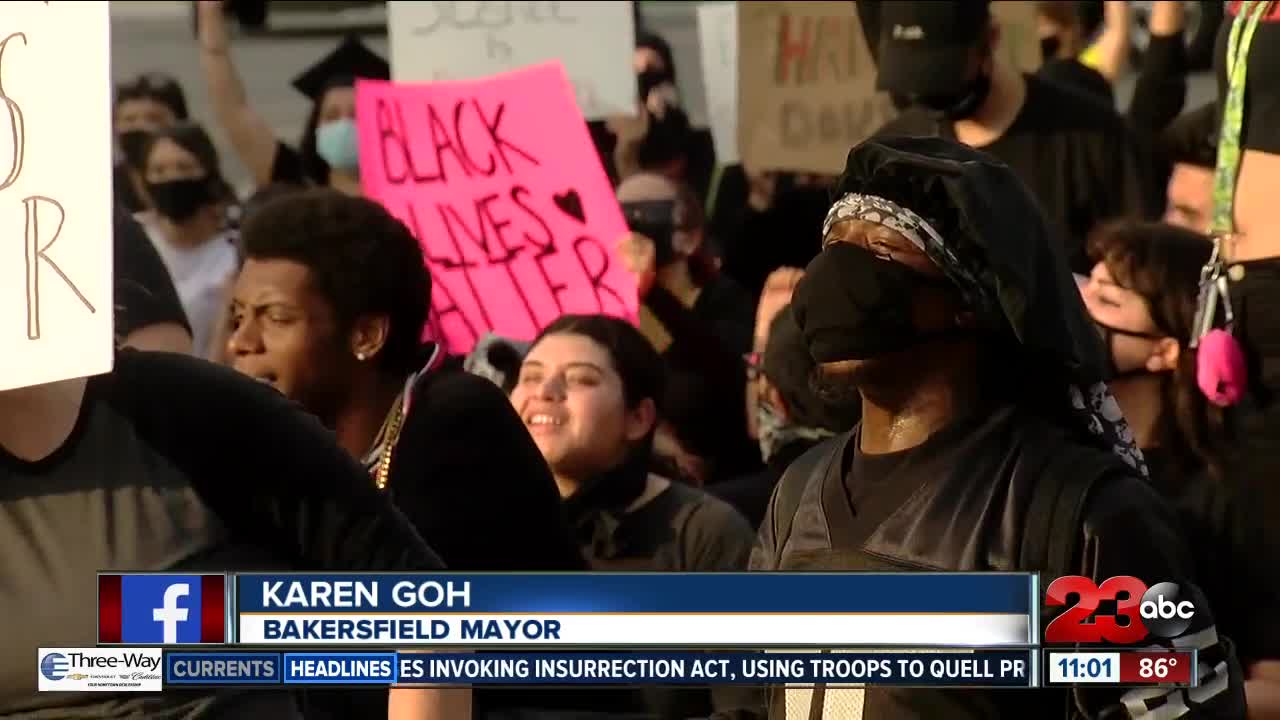 In the wake of George Floyd's death protests and demonstrations took place across the country including here in Kern County. 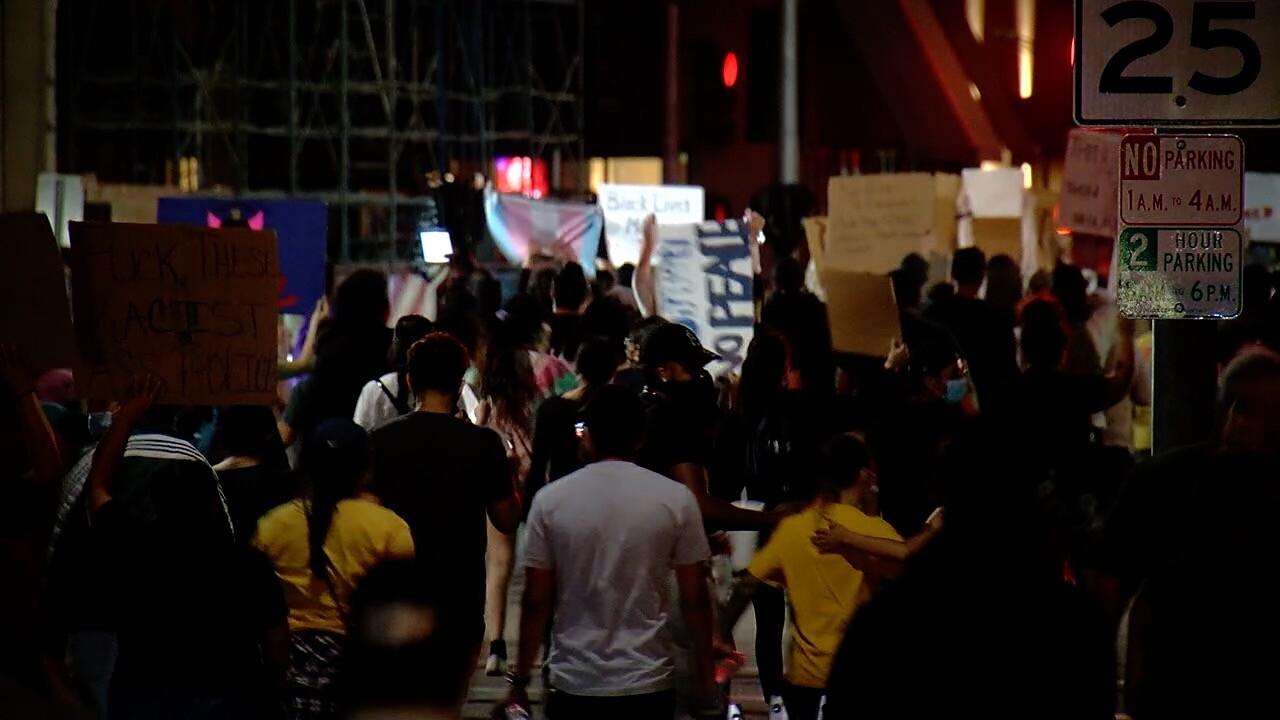 In the wake of George Floyd's death protests and demonstrations took place across the country including here in Kern County.

For a fifth straight night, hundreds showed up in Downtown Bakersfield calling for change. The demonstration Tuesday night included a moment of silence that lasted for 8 minutes and 46 seconds - the time that Floyd was pinned to the ground before he died.

Bakersfield Mayor Karen Goh made an appearance on the steps of the Bakersfield Police Department thanking the crowd while offering these words of support.

BPD said "the majority of the demonstrators obeyed the law and peacefully dispersed at the conclusion of the event," but did say two people were arrested.

Police also arrested 40-year-old Ronnie Oglesby. Police say he was seen showing up to the protests in a stolen vehicle. He was arrested and faces charges, including auto theft, possession of a stolen vehicle and a felony warrant for assault with a deadly weapon.