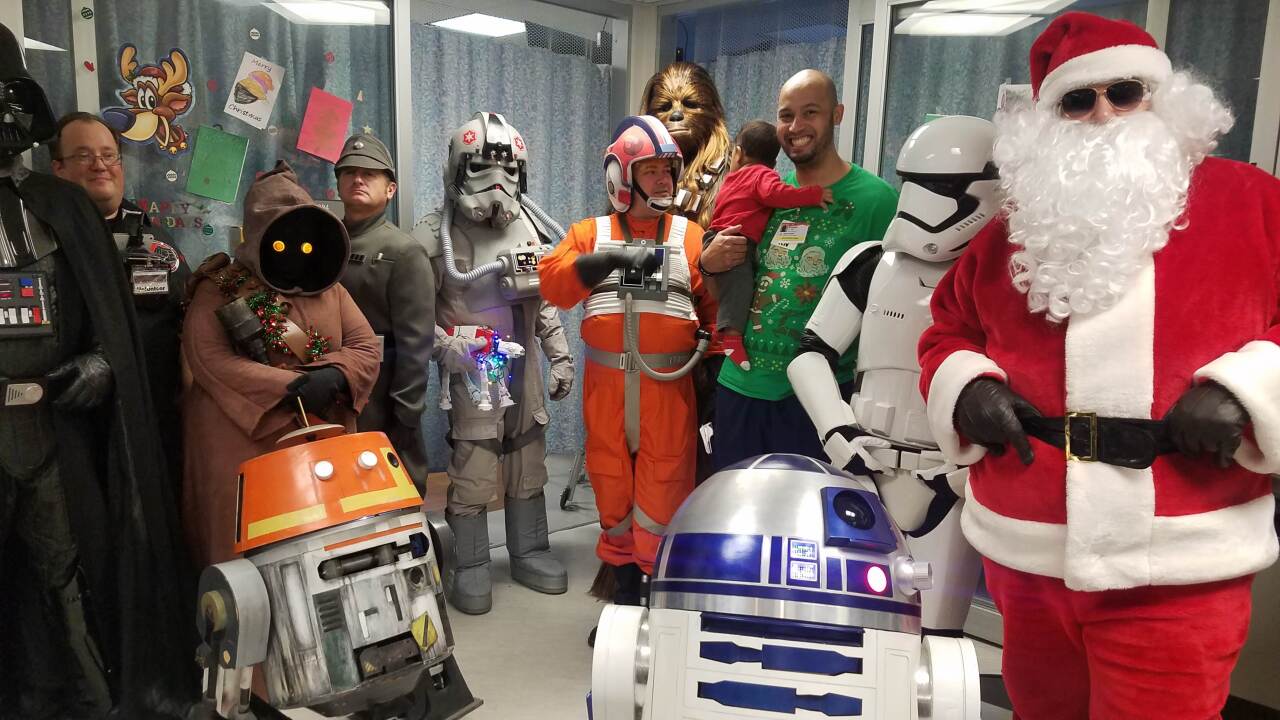 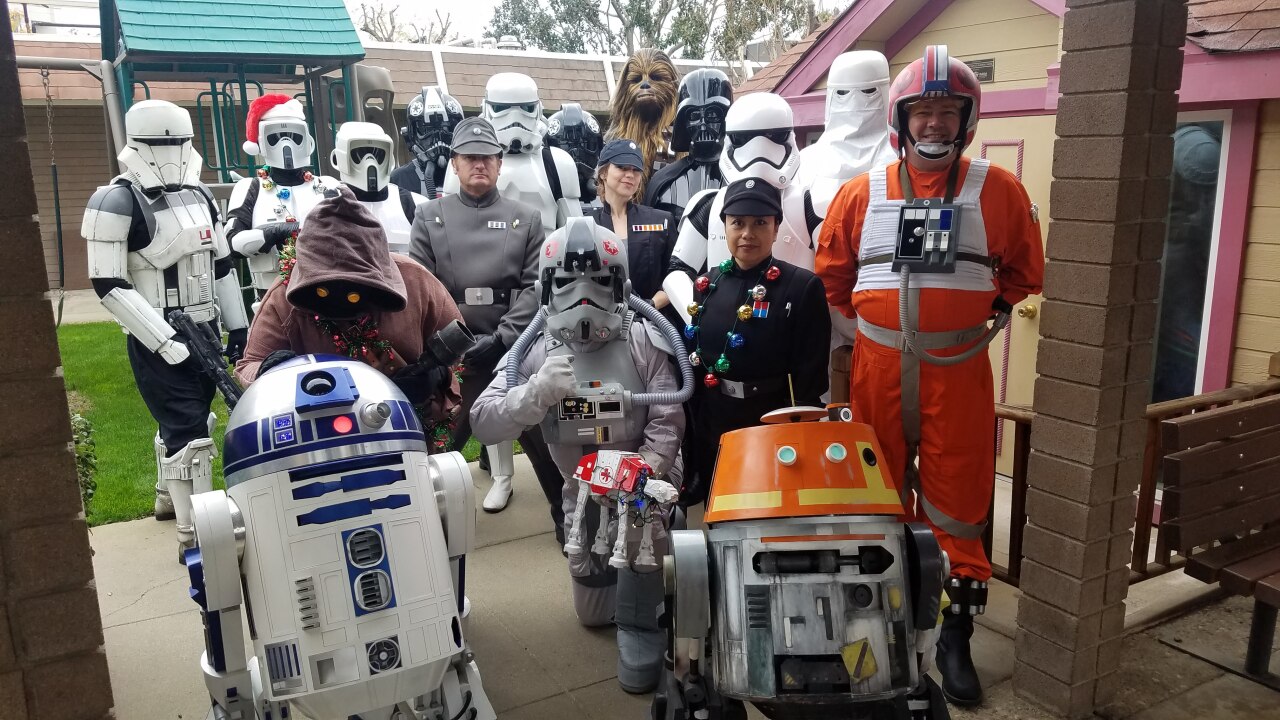 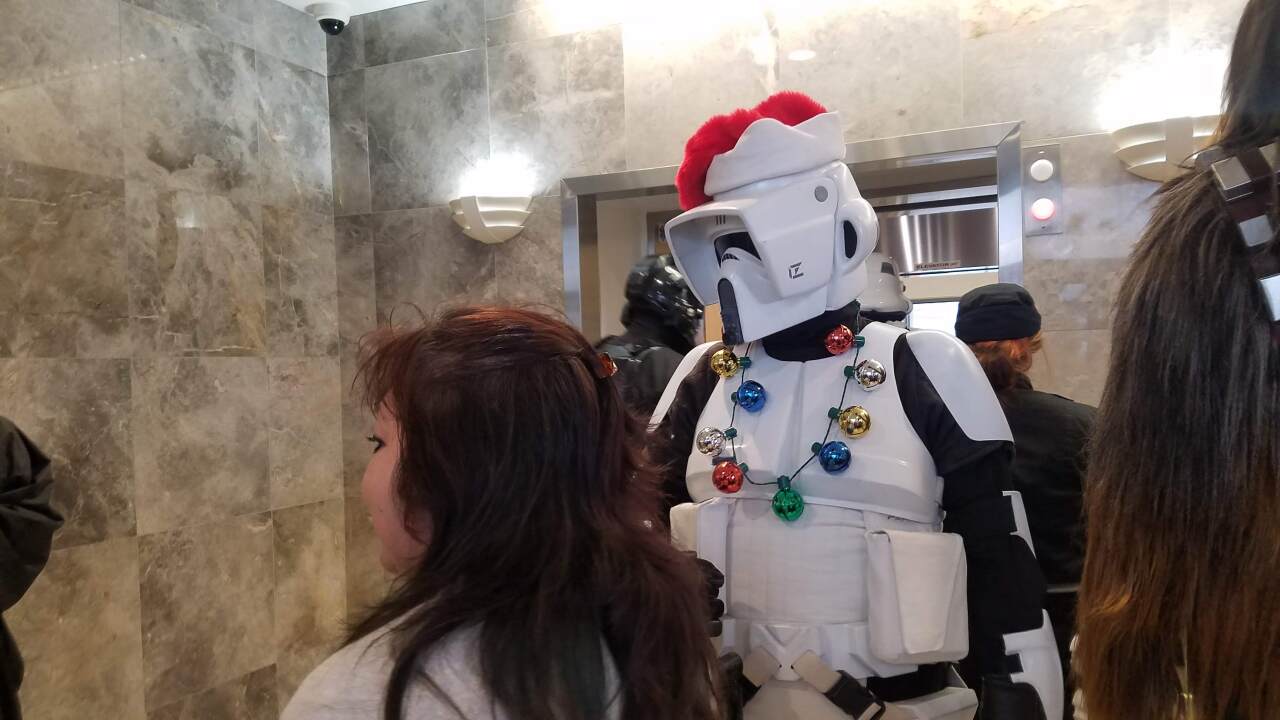 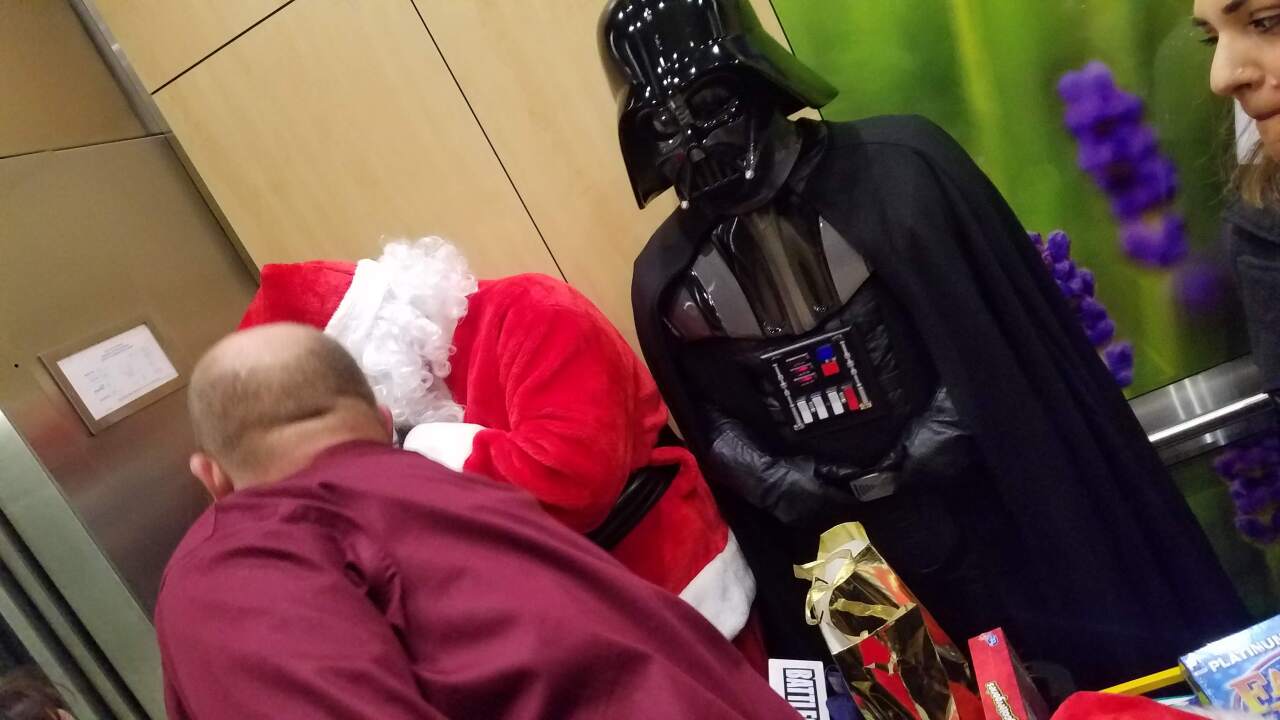 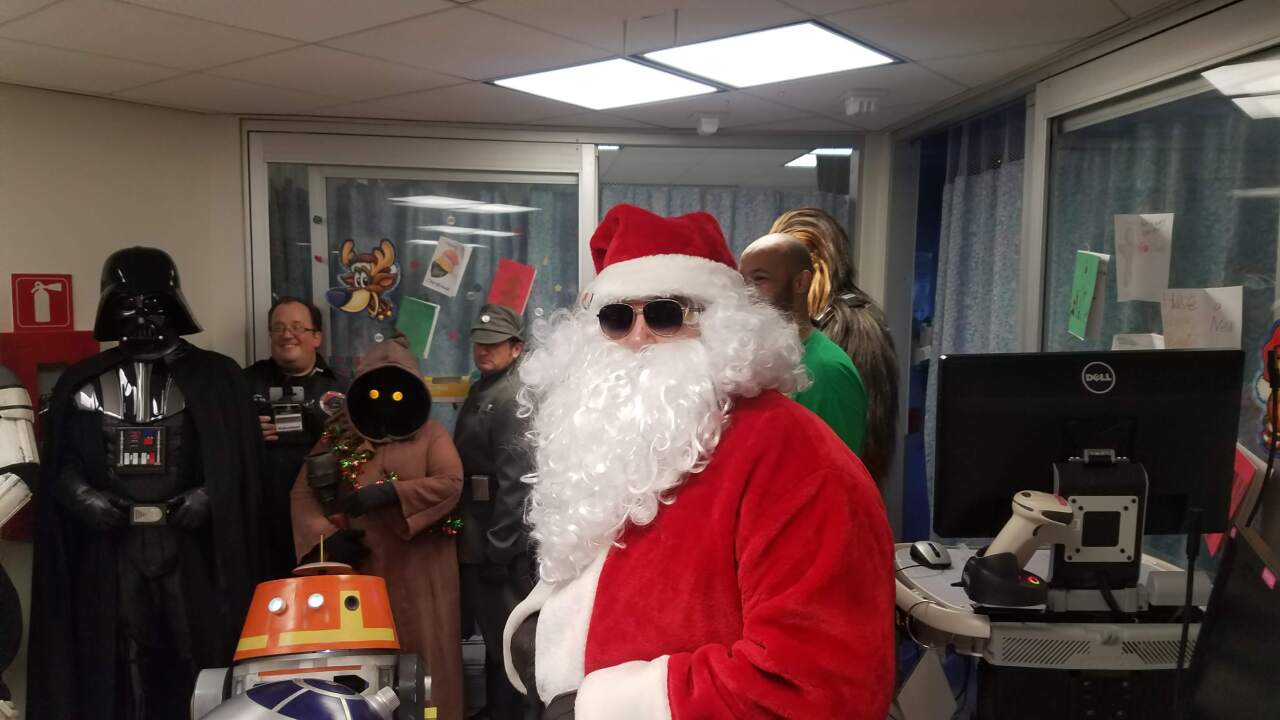 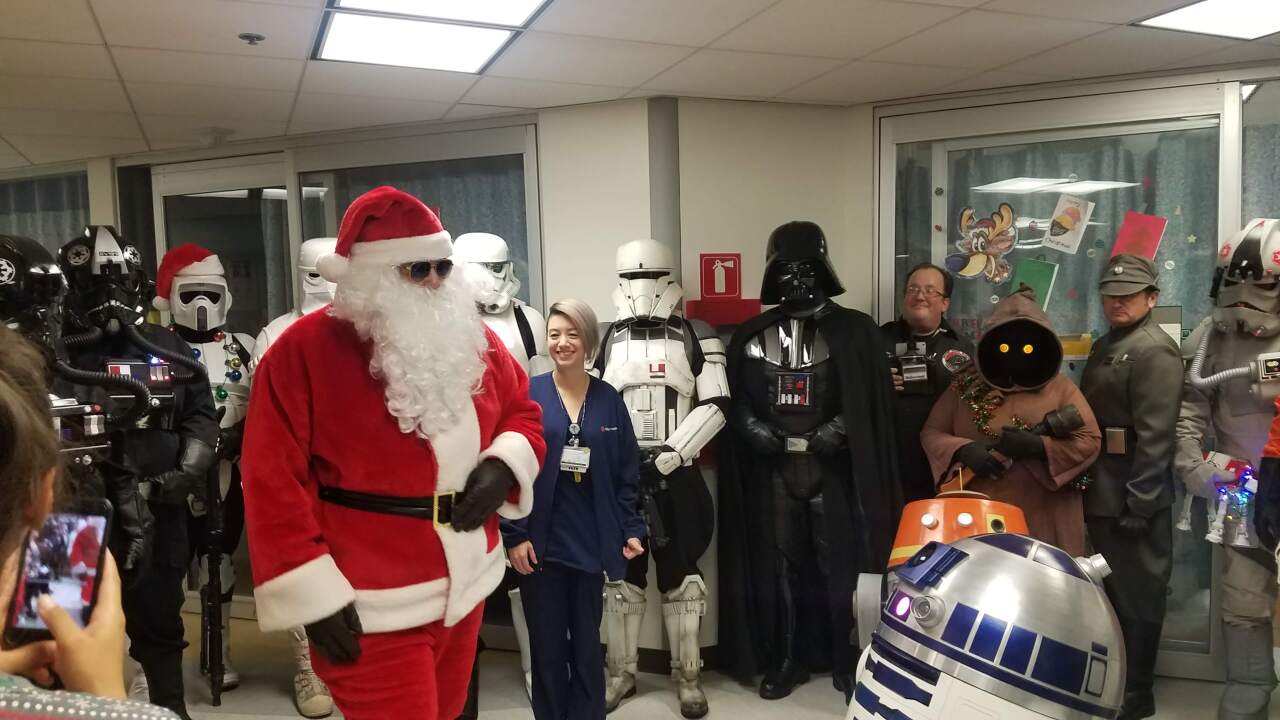 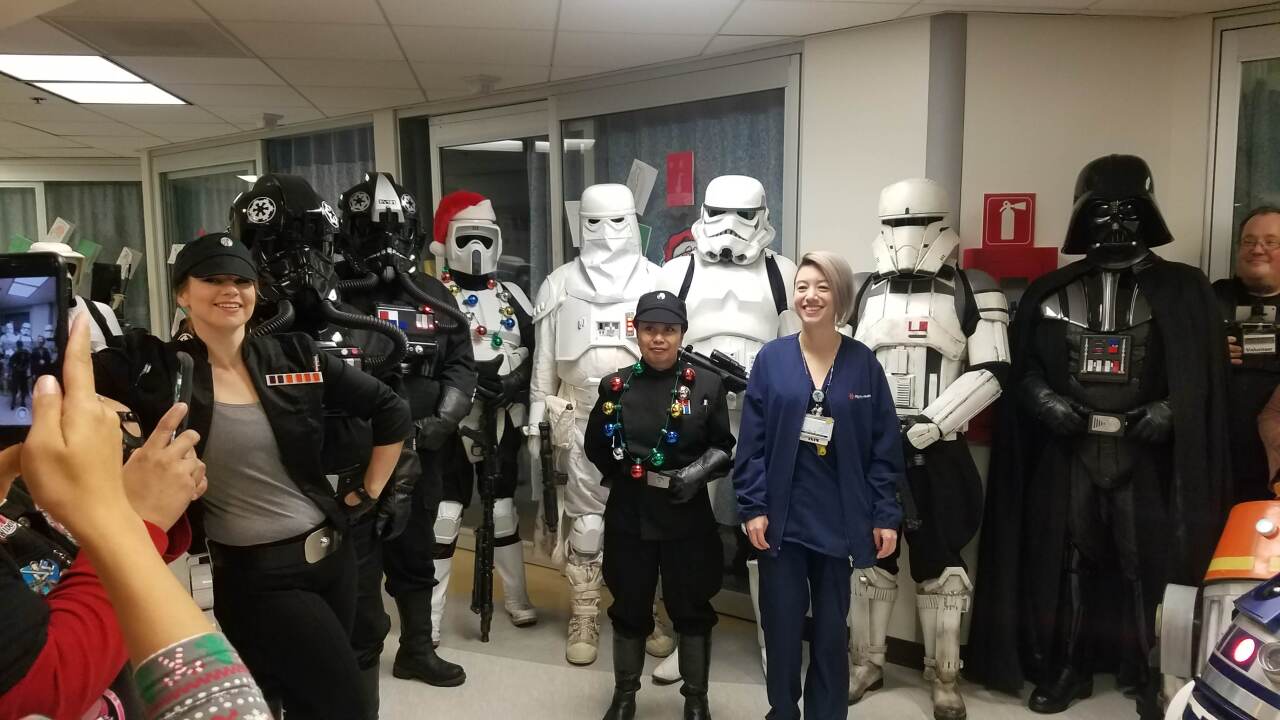 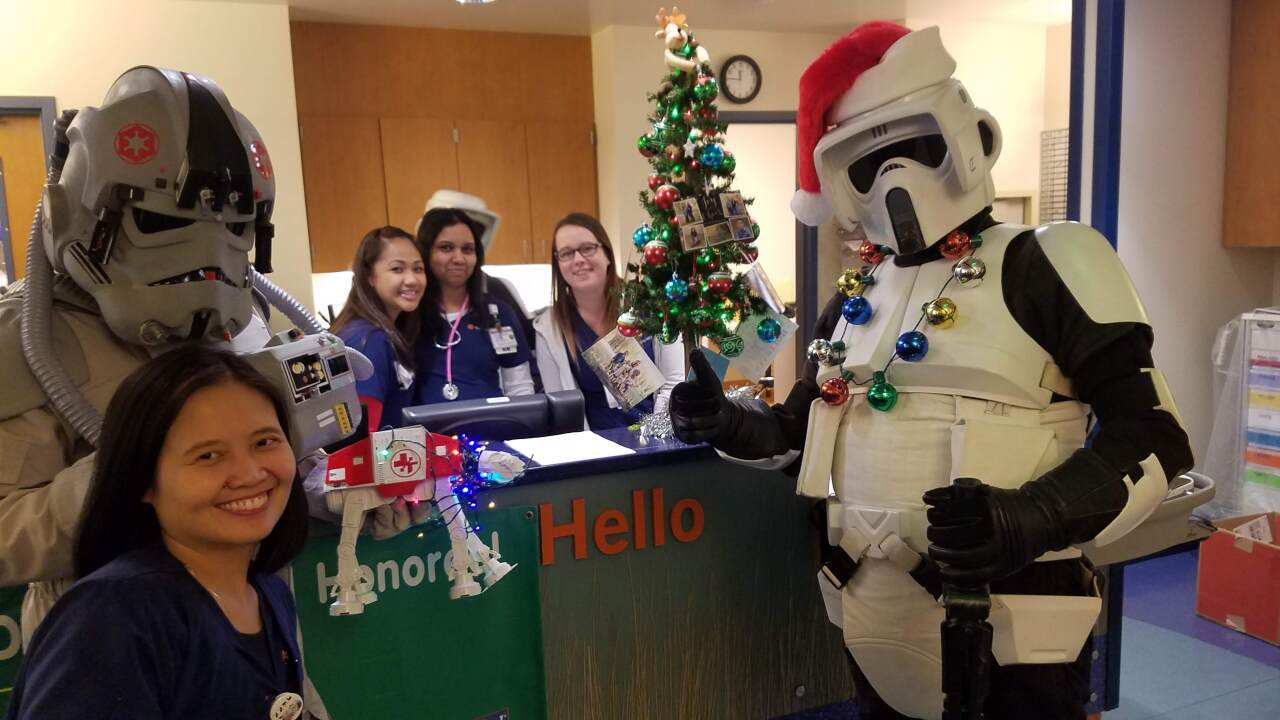 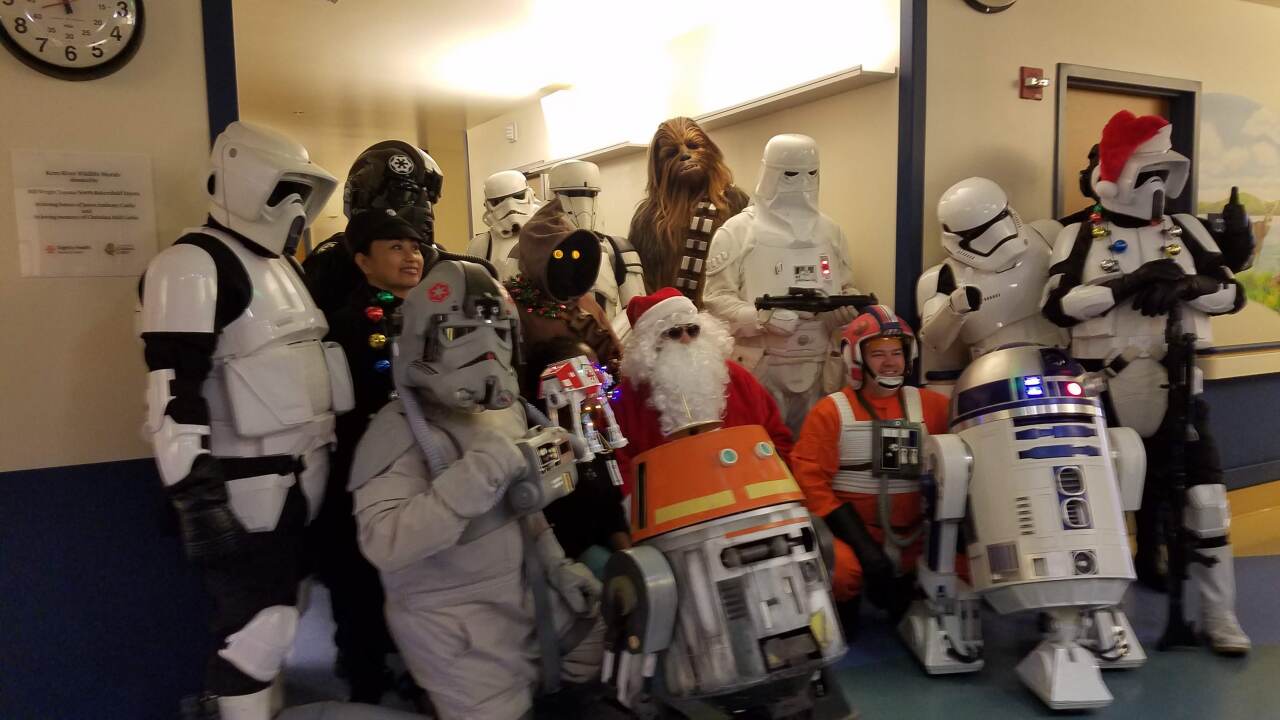 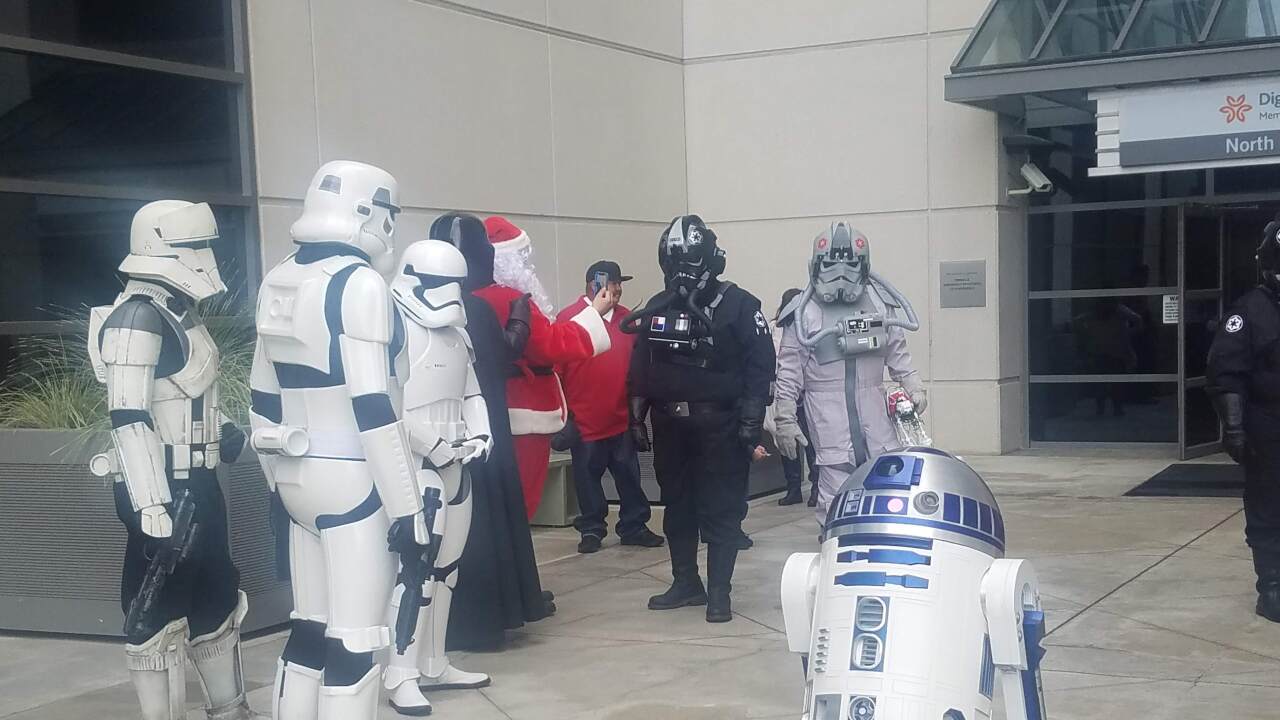 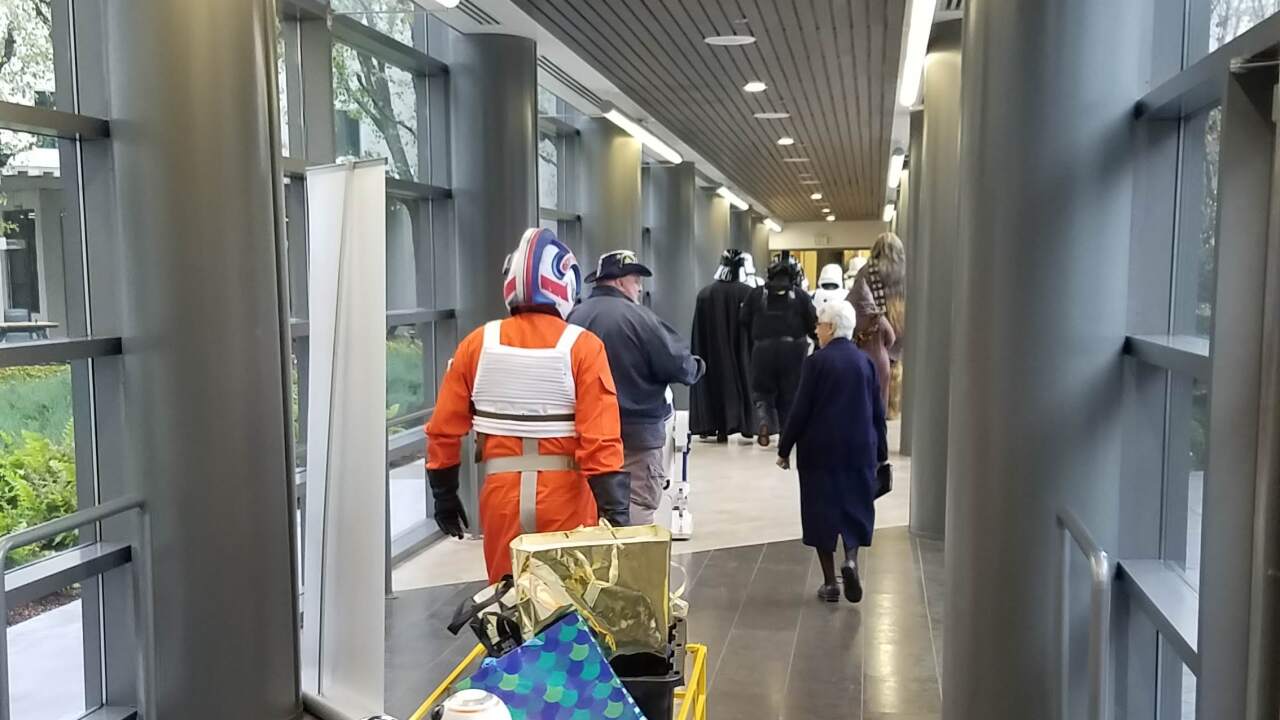 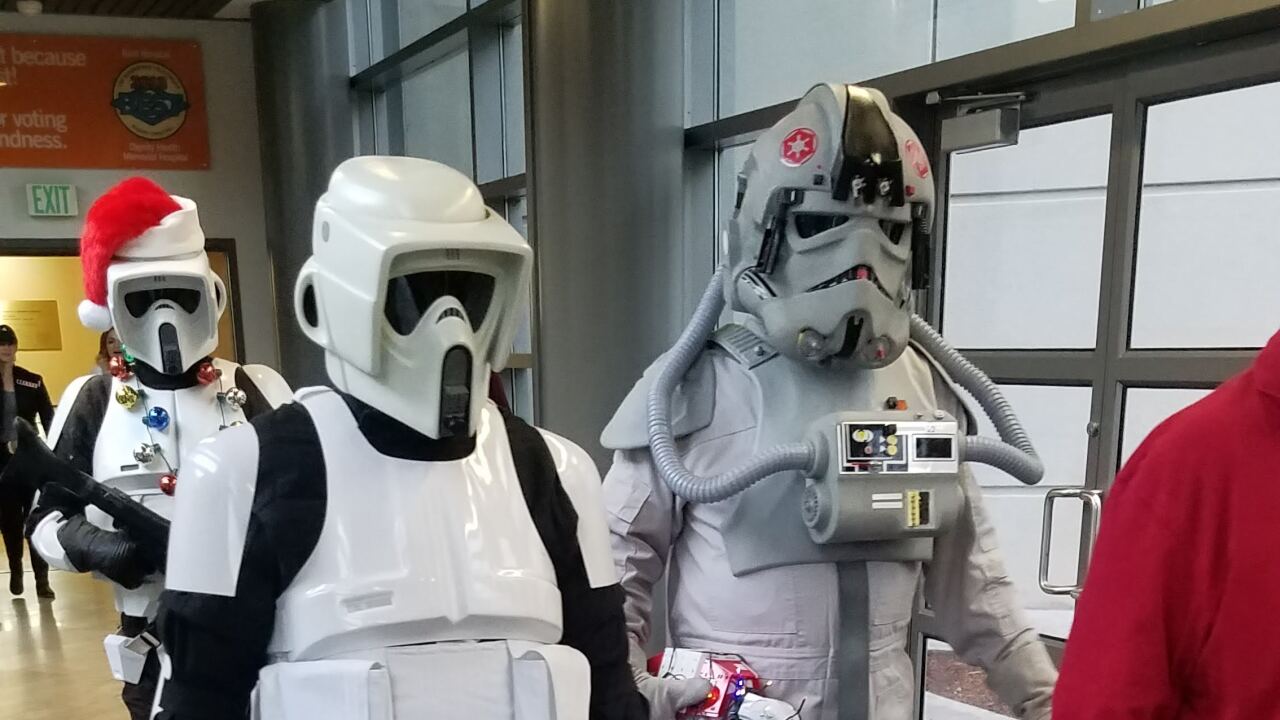 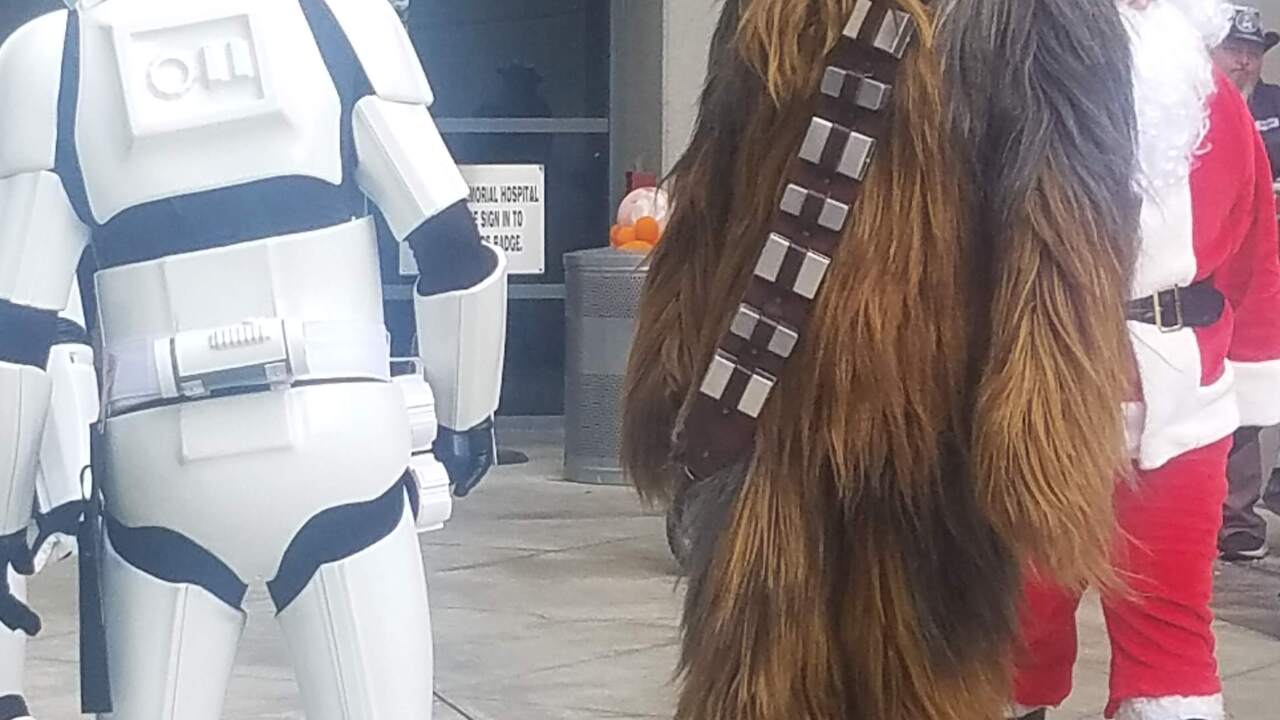 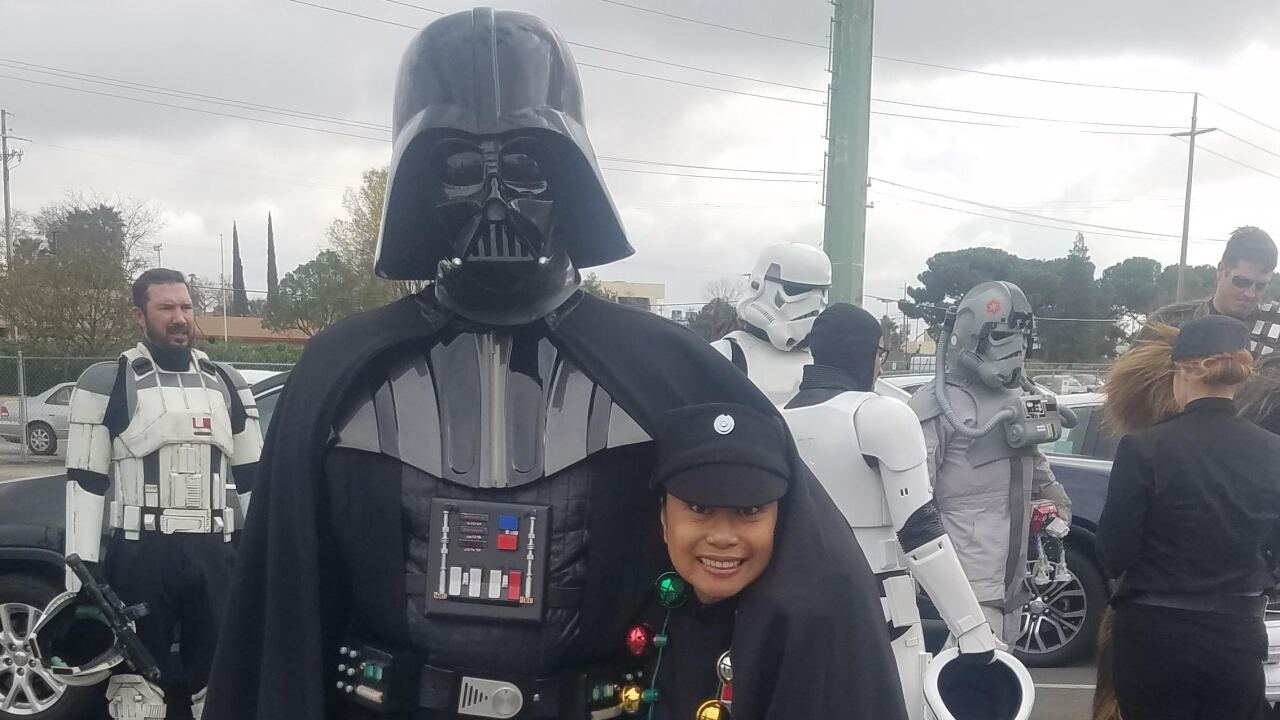 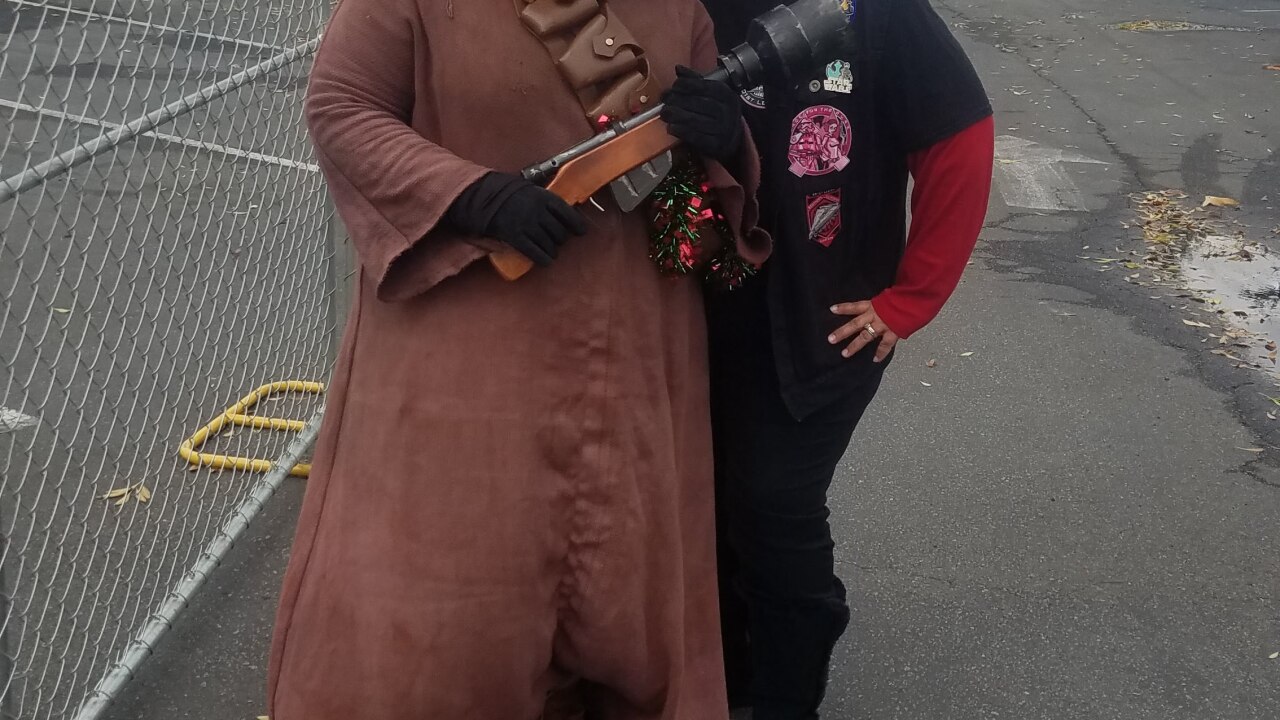 Members of the 501st Legion teamed up with Santa Claus on Tuesday to deliver gifts, smiles and cheer to children and their families who were unable to go home for the holiday.

Darth Vader, Chewbacca, R2-D2 and stormtroopers were among the helpers.

This is the fourth year in a row that the 501st Legion has joined forces with the Ronald McDonald House.