Family searching for 64-year-old woman from Taft who escaped from care center in L.A. 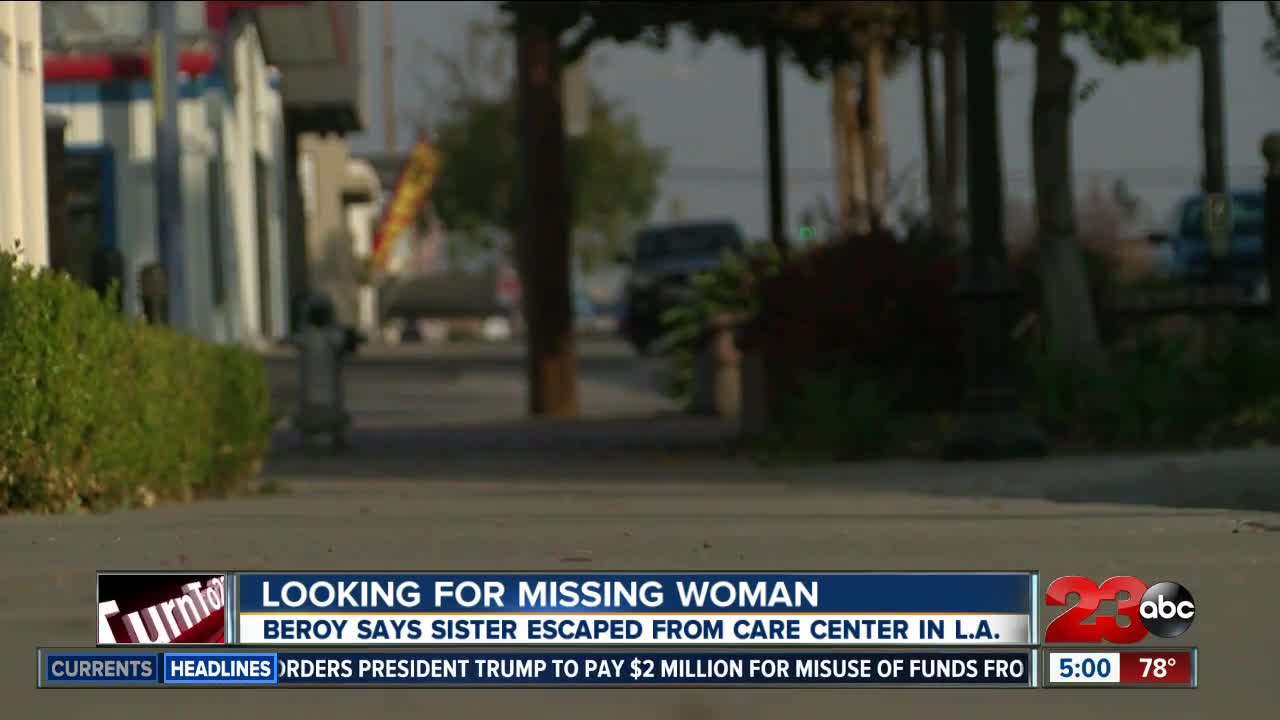 The Los Angeles County Sheriff's Office is looking for 64-year-old Nadine Puckett from Taft. Her family in Bakersfield says Puckett has schizophrenia and escaped from the Windsor Palms Care Center of Artisia Saturday.

“Me and her are the only ones left in our family, except for our children and so it is very concerning that she is out there,” Beroy said.

Beroy said her sister has schizophrenia and fears she is wandering the streets with no phone, money or cell phone. She lives in the past, when she is on her medication she is stable and normal, but when she gets off her medication she lives like 30 years ago.

The Los Angeles County Sheriff's Office confirming the facility reported Puckett went missing last weekend. However, detectives still have no leads regarding her whereabouts. Beroy said she is left frustrated -- asking how her sister was able to escape.

“If it is supposed to be a lock-down facility, there are supposed to supervised all the time and watched. So how did she actually get out. They have no found that out,” Beroy said.

23ABC reached out to the Windsor Palms Care Center for a comment but they did not respond Thursday. Beroy believes Puckett is possibly trying to make her way back to Taft, where she is from.

If you have any information about Puckett's whereabouts, you are asked to call the Los Angeles Sheriff's Office at (213) 229-1700.