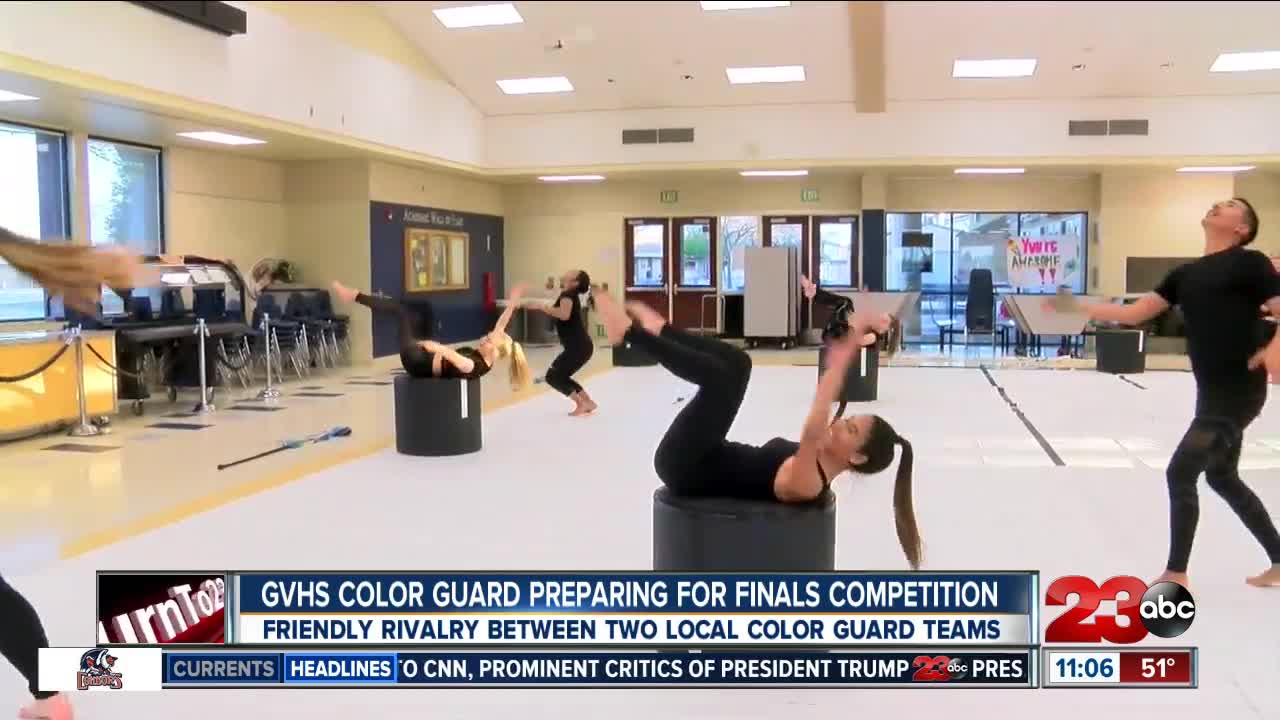 BAKERSFIELD, Calif. — Two local color guard teams will be battling it out at the end of this month at the Pep and Pageantry Arts Association (PPAACC) finals competition. For the Golden Valley Color Guard team, however, this underdog season has been about more than just winning.

“We work to make it perfect,” said one of the team’s coaches, Nancy Cisneros.

“We usually spin flags, rifles and sabres,” said Cisneros. “It’s a combination of performance qualities and skills necessary as you can see them right now.”

Golden Valley High School’s color guard team is coming off of a successful performance at regionals for the PPAACC, coming in second place. However, on March 30 at the finals competition, the team is looking to take down their rivals, the reigning world champs from Stockdale High School.

“Stockdale was right behind us, so we’re keeping each other up there. We’re hoping that we represent Bakersfield in the best way possible.”

The team dubs themselves the “underdog bulldogs”, after the school’s mascot.

“We were the underdogs and now we’re in such a high division and we’re doing great,” said a senior on the team, Jazlyn Lopez.

Golden Valley unfortunately wasn’t able to raise enough money to compete at the World Championships even though they qualified.

“Next year we’re hoping to get enough money fund raised so we can take them all the way to world championships in Dayton, Ohio.”

But no matter what happens, they say they’re in it together.

“We all started together and we’re gonna end it together,” said senior, Daisy Becerra.