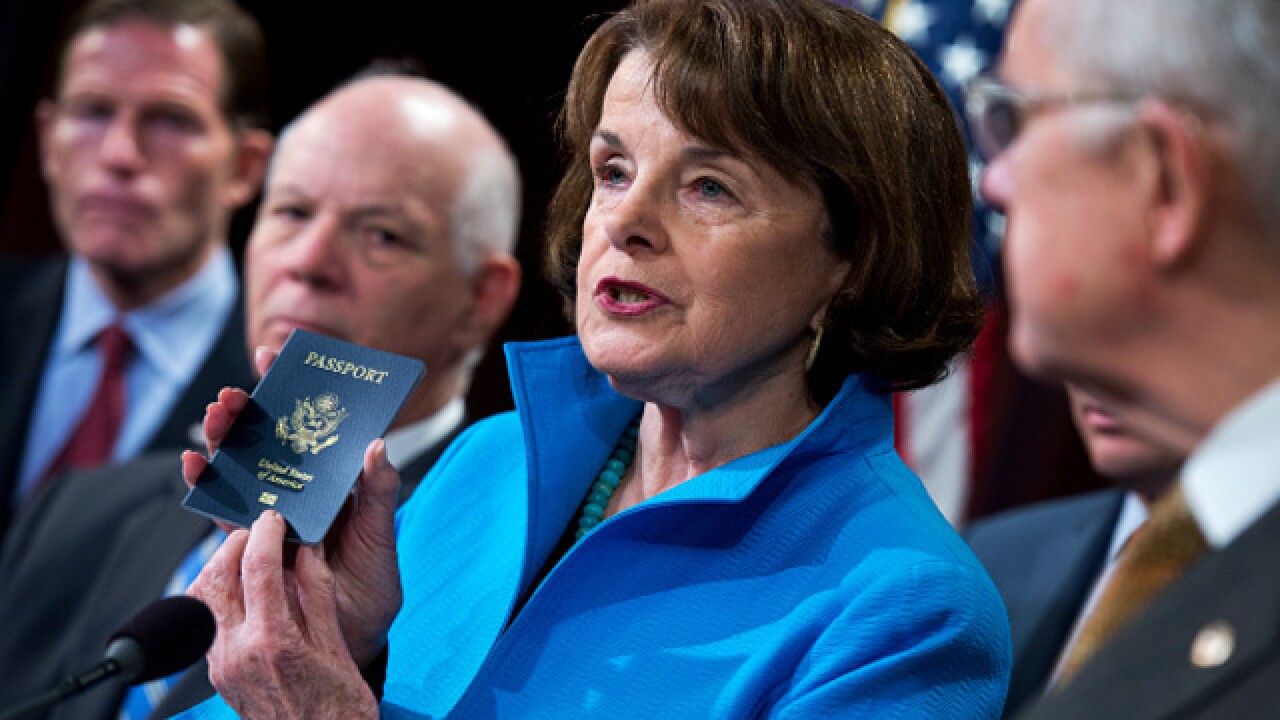 ABC News has projected that Dianne Feinstein has won her re-election against her challenger Kevin de Leon.

At 85, Feinstein is the oldest U.S. senator. De Leon, 51, never directly made Feinstein's age an issue but frequently referenced the need for a "new voice" and "new vision."

Feinstein was first elected to the Senate in 1992 after serving as San Francisco's first woman mayor. De

Leon was first elected to the state Legislature in 2006, serving in the Assembly then the Senate where he later became the leader.

Unlike other challenges to incumbents from the left, de Leon's bid against Feinstein failed to generate much attention and energy, perhaps because the seat was a lock for Democrats regardless.

California sends the two candidates with the highest primary vote totals to the general election regardless of their party, and Republicans failed to put up any serious contenders.

Many Republicans will simply not vote in the contest, as was the case in 2016, when Kamala Harris defeated fellow U.S. Rep. Loretta Sanchez to become California's junior senator. Both are Democrats.

In the final days of the campaign, de Leon focused his pitch on his home territory of Southern California. He's trying to turn out young and Latino voters, many of whom may have never voted for Feinstein. De Leon has highlighted his own background as the son of a housekeeper mother who immigrated to the United States illegally to argue that California needs a voice in Washington who better represents the state's demographics.

Feinstein, meanwhile, held campaign events that showcased her deep ties in the state and her work delivering for California. She spent last week meeting with a Democratic women's club, highlighting her efforts to protect California's deserts and public lands and viewing a firefighting plane she helped secure for the state.

While the race has been low-key, Feinstein drew the national spotlight this fall during the fiery confirmation battle over Supreme Court Justice Brett Kavanaugh. A California woman sent Feinstein a letter during the summer accusing Kavanaugh of sexually assaulting her in high school, which he denies.

Feinstein kept the letter confidential for weeks but later turned it over to the FBI. Trump and Republicans accused her of leaking the letter to the press in an attempt to derail Kavanaugh's confirmation. Trump supporters even chanted "lock her up!" about Feinstein during a rally. Feinstein denies leaking the letter and has defended her handling of the situation.

De Leon first tried to criticize Feinstein's handling of the letter, but later backed off after his critics pointed out he led the California state Senate last year when dozens of women called out a pervasive culture of sexual harassment at the capital. He was never personally accused of misconduct and said he made appropriate changes to how accusations are investigated.

Without much campaign cash, he struggled to find a platform to introduce himself to voters and amplify his criticisms of Feinstein.

"What de Leon really depended on was there being enough liberal activist energy that's annoyed at Feinstein for not being sufficiently anti-Trump (and) liberal," said Eric Schickler, a political science professor at the University of California, Berkeley. "I think she's kind of been able to deflect that."