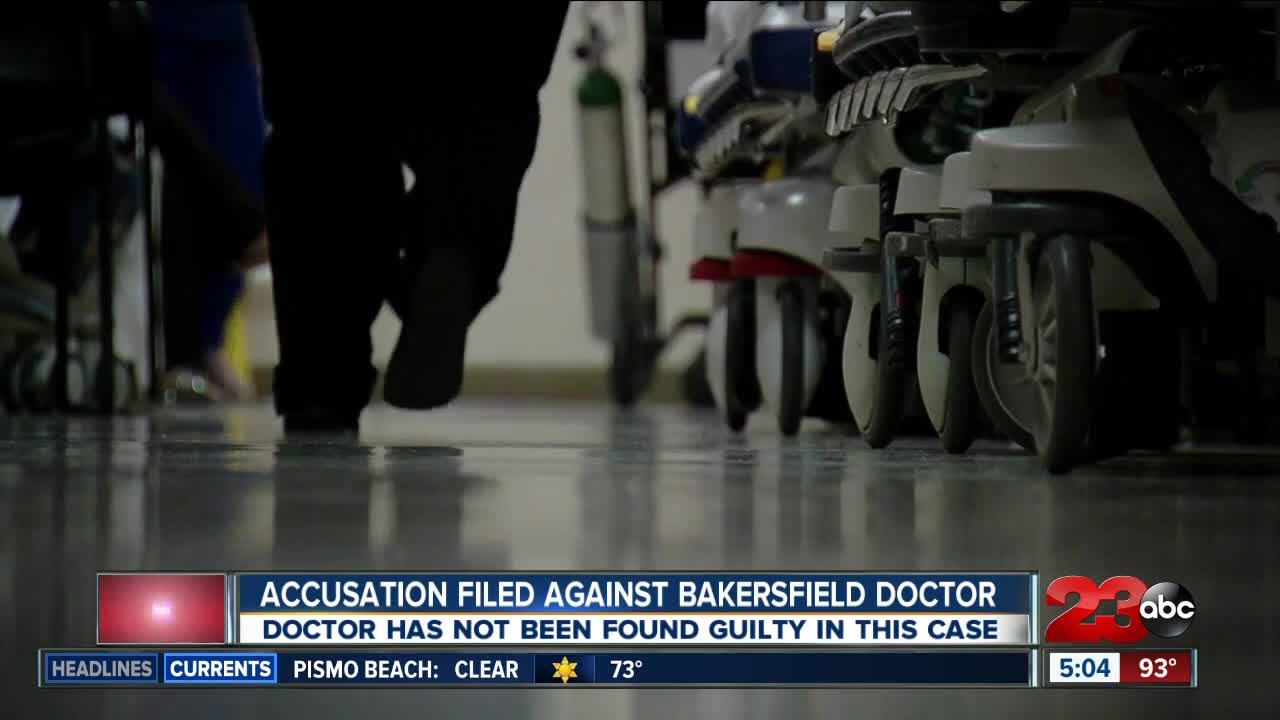 BAKERSFIELD, Calif. — An accusation has been filed with the California Medical Board against a local OB-GYN, claiming he is responsible for the death of a 23-year-old woman who had just given birth.

Documents obtained by 23ABC show Park was on call at Adventist Health Hospital on September 6, 2016.

During his time there he helped a 23-year-old woman give birth. Following the birth, Park used clamps and his hands to try to remove her placenta, according to the documents.

The report said after Park "inadvertently perforated the uterus" the woman started showing signs that she was hemorrhaging.

The documents also claimed that during an interview with Board investigators, Park said he did not believe the patient was hemorrhaging and had no reason to believe he perforated the patients uterus.

The woman was eventually rushed to the emergency care unit where she had two cardiac arrests and died around six hours after giving birth. The autopsy revealed that the woman died of postpartum hemorrhaging due to a traumatic laceration.

The accusation asks the board to consider revoking or suspending Park's license. Park has 15 days to file a notice of defense to the medical board and has the right to have the case heard in front of an administrative judge.

Park has not been found guilty of any charges related to this case. However, he was previously placed on three years probation for negligence related to the delivery of two babies in 1996 and 1997.

Adventist Health sent a statement to 23ABC in regards to Park's current accusation:

Our hearts and prayers are with the family. Arthur M. Park, MD has not practiced at our hospital since Sept. 7, 2016.

See below for documents detailing accusations against Park: