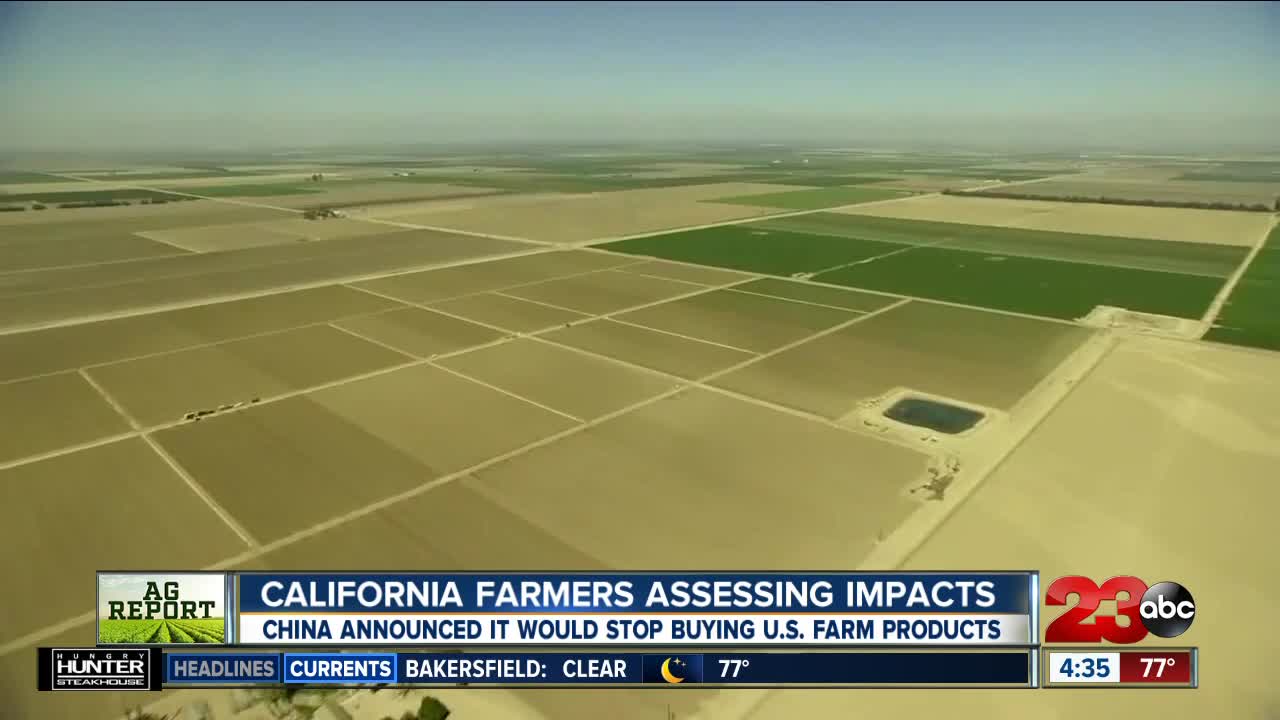 After China's announcement that it had suspended purchases of United States farm products, California agricultural exporters have continued to assess the impacts.

After China's announcement that it had suspended purchases of United States farm products, California agricultural exporters have continued to assess the impacts. China directed its state-owned enterprises to stop buying American farm goods as part of ongoing trade disputes. But exporters say it's still unclear how or whether that will affect private Chinese firms that buy California grown products.

More California grown peaches, pears, apples, and olives should be reaching shelves this fall. Crop estimates from the U.S. Department of Agriculture show California peach production is up 6 percent. Pears are up 15 percent and apples are up 20 percent. The same report estimates the total grape crop to be nearly the same size as last year. In a separate report, forecasters predicted the canning-olive crop would be much larger than a year ago.