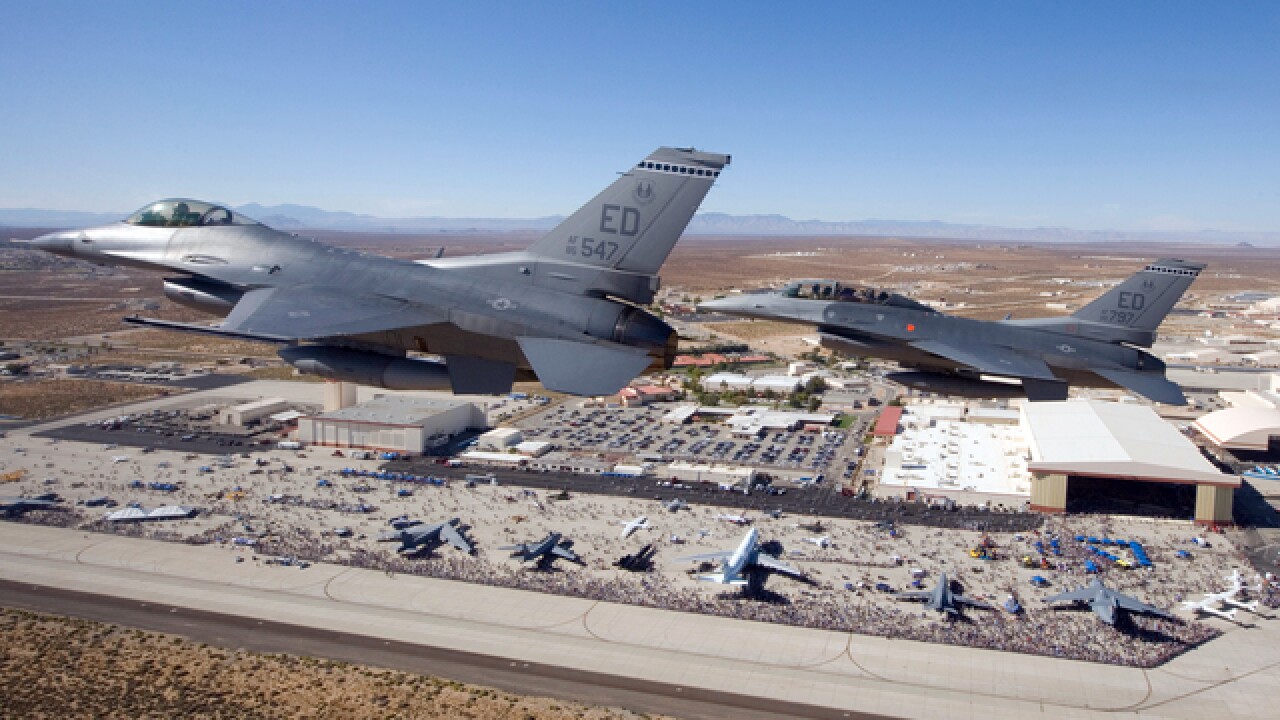 Edwards Air Force Base has released that air shows will be coming back to Kern County in 2020.

In a statement released on their website, they stated that the Los Angeles County Air Show, Inc. Board of Directors and senior leadership at the 412th Test Wing, Edwards Air Force Base, have agreed to begin working toward solidifying a formal multi-year partnership to conduct air shows in the region.

The last public air show at Edwards Air Force Base was in 2009.

Here's video from YouTuber:  cinzia va of highlights of the 2009 airshow at Edwards Air Force Base.

You can expect to get up close and personal with some of the fiercest fighter jets that the Air Force has to offer as well as other historic air craft that have flown the skies.

Next year, the event is moving from a traditional March time frame to October 18-20, 2019.  The air show venues will rotate bi-annually between William J. Fox Airfield and Edwards Air Force Base:

"We're very excited to put Edwards Air Force Base back on the airshow map as "the center of the aerospace testing universe," said Brig. Gen. E. John Teichert, 412th Test Wing Commander.  "This partnership provides an amazing opportunity to inspire and educate adults and youth throughout the entire region and to showcase to the American people what we provide to the warfighter.  Edwards is committed to supporting the Antelope Valley community with the air show at Fox Field in 2019 and at our base in 2020."

According to the Los Angeles County Air Show Board President, Mike VanKirk, “As we entered into the 6th annual event planning stages,  the leadership team at Edwards Air Force Base reached out to open a dialogue about working in tandem on future air shows.”

VanKirk also said, “We were thrilled to start the conversation, and it quickly became apparent that a formal partnership would provide unique opportunities on several levels.  The unbridled passion and commitment we all have in bringing awe-inspiring “in the air”  performances, static displays and educational STEM experiences to this community, will truly deepen the fan experience.”

VanKirk went on to say, “With the William J. Fox Field runway construction upgrades scheduled to be in full swing first quarter of 2019, it made sense for our Board of Directors to re-evaluate the timing of the air show. As our strategy session progressed, the conversations with Edwards Air Force Base evolved and a partnership made perfect sense. It’s a natural fit and we are delighted with the opportunities that will make this world-class air show even better for 2019 and beyond.”

More details are scheduled to be released in November 2018.

About Edwards Air Force Base:

The 412th Test Wing is the host wing for Edwards Air Force Base, Calif., the second largest base in the U.S. Air Force. The wing conducts developmental test and evaluation of military aircraft and emerging technologies.  The wing also oversees daily base operations and provides support for over 10,000 military, federal civilian and contract personnel assigned to the 481-square mile installation.

The Los Angeles County Air Show, Inc is a 501(c)(3) non-profit corporation dedicated to promoting the importance of aviation for continued economic growth, inspiration, and educational opportunities for our youth, and enhancing available for the service and sacrifice of our military men and women. The mission of the Air Show will in, in part, accomplished by giving back to the needs of the community through a regional scholarship program for individuals who  are interested in pursuing a career in science, technology, engineering and math (STEM).