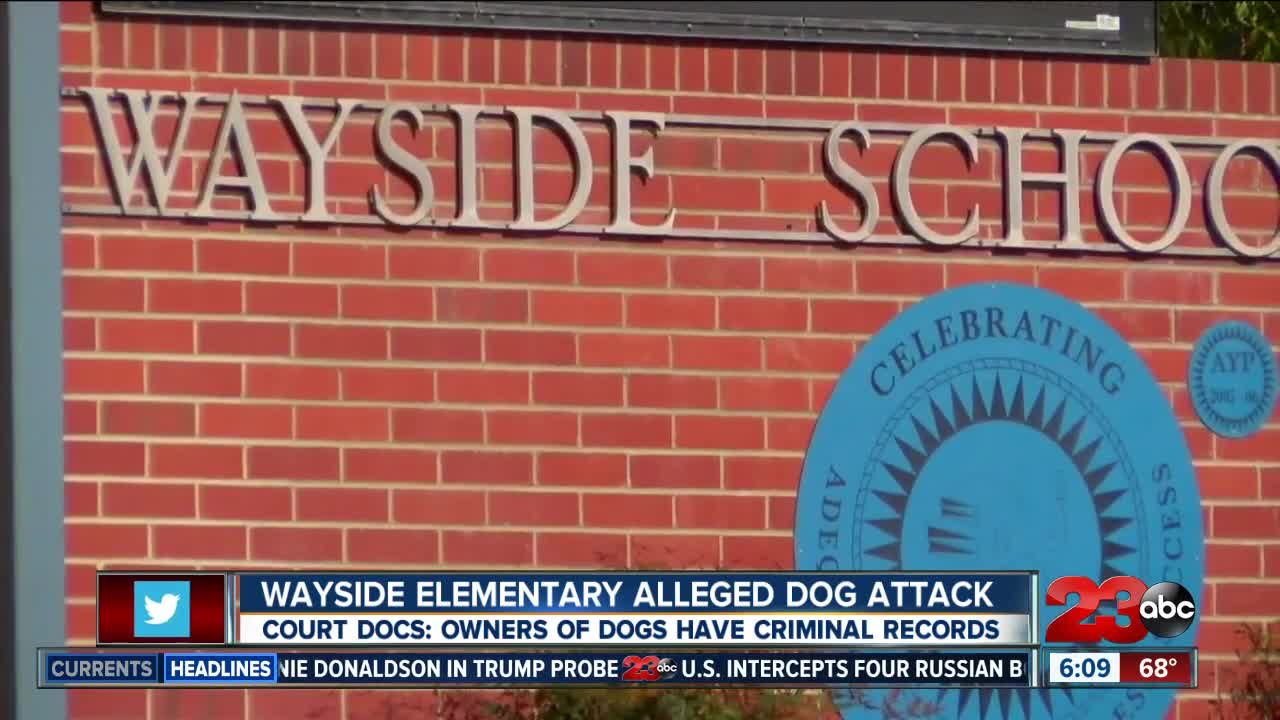 BAKERSFIELD,Calif. — The alleged owners of a dog that is accused of attacking an 8-year-old Leilani Rivera at Wayside Elementary has had multiple run-ins with the law, according to court records.

Kern County Superior Court records show that alleged dog owners Ann Ardell and Jeff Jones have a total of 20 criminal offenses between the two of them. The attorney who is representing the Rivera family, Matthew Clark, also says one of the alleged dog owners may not have had the proper background check.

“Somebody was allowed into the classroom that had no relationship whatsoever with no student in the classroom who had a criminal background,” Clark told ABC23.

A claim filed by Clark last week against the school district says Ardell and Jones were in a Wayside Elementary classroom earlier this month as part of a volunteer reader program through the Kern County superintendent of schools. The claim alleges Ardell and Jones brought their two dogs into the classroom and one of them bit 8-year-old Leilani Rivera.

“After they concluded reading for the day the kids went up to pet the dogs and as Leilani did, the dog then snapped and bit her in the face,” Clark explained.

23ABC has learned both Ardell and Jones have had prior run ins with the law.

According to court records, Ardell has a total of seven prior cases, however, all but one were dismissed. Ardell also pleaded no contest to petty theft in 1994.

Records show that Jones has a total of 13 prior cases and the most recent was in 2017 for contracting work without being licensed. Clark says he doesn’t believe Jones was a verified Kern County Community Reading Project reader.

“Nothing that I have seen in way of communications between the Kern County Superintendent of Schools or the Bakersfield City Schools would indicate that he was a volunteer reader,” Clark added.

The question that Clark says he and other parents from Rivera's 2nd grade class have is: "How was Jones allowed in the classroom?"

23ABC reached out to the superintendent's office for comment but were told they are unable to give a statement at this time. They did send over information on the procedures for volunteers on the Kern County Community Reading Project.

“Volunteers attend a two-hour training session to learn the guided reading technique, then commit one hour, one day a week for at least one semester. During each visit, volunteer coaches four students individually for 15 minutes...”

According to the Bakersfield City School District's policy website, "volunteers shall obtain an Activity Supervisor Clearance Certificate or criminal background check in accordance with Board policy."

23ABC reached out to Ann Ardell via Facebook, but she has not responded.

Clark says Animal Services has not released their report and the status of the dog that allegedly attacked Rivera.