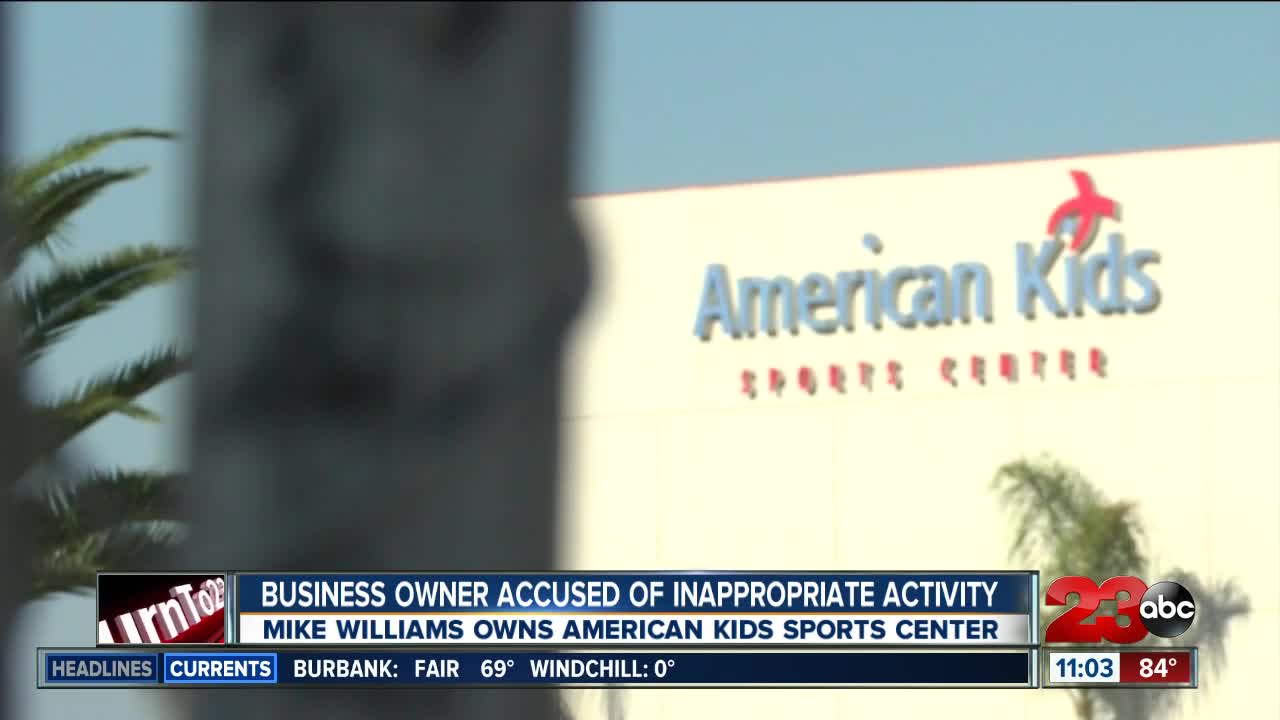 BAKERSFIELD, Calif. — Norris School District officials said in May of 2019 they received an anonymous tip from a community member alleging that the owner of American Kids Sports Centers, Mike Williams, engaged in inappropriate activity where the Norris Middle School Cheer Team holds practices at his facility.

Williams, who is listed on the business license for the American Kids Sport Center properties is also well-known for his time as a Kern High School District Board member.

The District did not disclose details on what the alleged activity was but they did tell 23ABC that it was "inappropriate" and that the Norris Middle School Cheer Team practices at the facility as well.

Officials said they notified law enforcement of the allegations but both the Kern County Sheriff's Office and the Bakersfield Police Department said they have no current investigations into Williams at this time.

In a statement sent to 23ABC from the Norris School District officials said they visited the American Kids Sport Center and confirmed that Williams was no longer involved in the day-to-day operations or present at the company facilities. Officials also added that the facility was designed so that parents could watch their children at all times.

District officials said the facility was being used by the Norris Middle School Cheer Program, but that the program concluded after they received the misconduct allegation.

23ABC reached out to the American Kids Sports Center who declined to comment.

We did obtain a letter that was sent to parents from American Kids Sports Center in April regarding Williams' absence.

Below is the original statement from Norris School District that was also forwarded to us by Chief of Staff Kern County Superintendent of Schools, Stephen Sanders :

In May of 2019, the Norris School District received an anonymous communication alleging inappropriate activity on the part of the owner of the American Kids Sports Center. This facility is used by the Norris Middle School cheer program, which had concluded for the school year when the information was received.

While the communication was anonymous and not subject to verification, the District takes matters which could potentially involve the safety of students seriously and notified law enforcement of the allegations. In addition, a District official promptly visited the facility to assure the safety of Norris students, and confirmed that the owner is no longer involved in the day to day operations of the company and is not present at the company’s facilities. The facility is designed so that parents can view their children at all times.

The District has not received further information from law enforcement as to the status of any investigation into the allegations. The cheer program resumes in August, and the District continues to evaluate the use of the American Kids facility for this program, in the best interests of our students and families.