An inside look at Kern County Central Committees, what to know before you vote 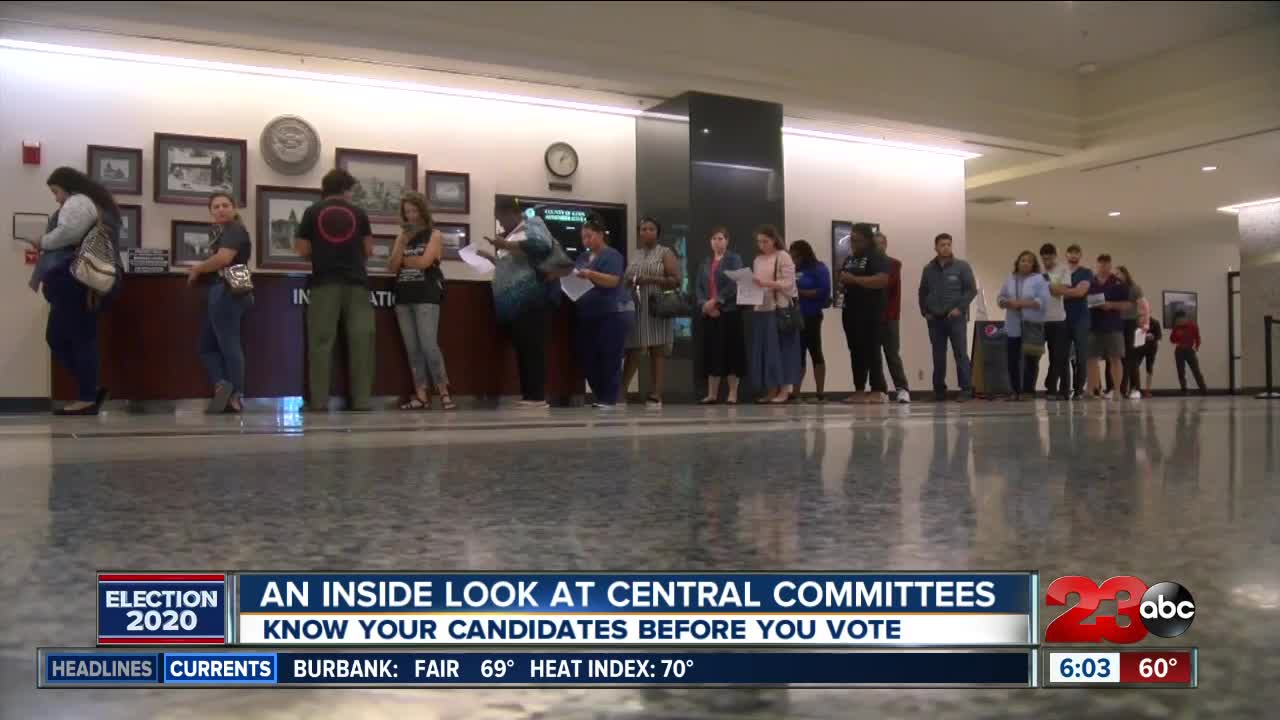 BAKERSFIELD,Calif — Kern County is gearing up for Super Tuesday to cast their ballots for presidential, congressional primaries and regional contest. Voters will also find another section to vote on, the Kern County Central Committees.

The Kern County Central Committees are two groups consisting of both Republican and Democratic parties. The committees are elected volunteer officials who offer support, raise funds and seek out candidates in the community.

Amanda and Sherrie Nettles of Kern County say they have made it their purpose to cast their ballots, despite receiving them late in the mail. The couple says they were not familiar with a section on their ballots, titled the Kern County Central Committees.

"What we did was in that section we looked up everyone's name, what they were about, and what they did in the community," the Nettles said. "We voted based on that."

The two Kern County Central Committees are made up of both Republican and Democratic parties. They play a role in recruiting potential candidates for their parties and represent the foundation of their campaigns. Both parties have a certain amount of seats in each Supervisor District to represent the number of individuals who live there.

"One, we make official endorsements for the Kern County Republican Party and we raise money to support candidates, in Kern County. Lastly, we help do the work. "

The two committees are solely volunteer and unpaid elected positions, which are voted on by the people of Kern County. The voting occurs in each primary election and all seat terms are four years.

"It's an opportunity that allows voters in our area to determine and set the narrative for the party," said Ricardo Perez, chair and spokesperson for the Democratic Party of Kern County.

According to the elections office, depending on what party you are registered with, will determine which central committee will appear on the ballot. Also, if one is registered as an Independent, neither Democrat or Republican committees will appear.

To learn more about the Republican and Democratic Central Committees head to the Kern County Republican Facebook page, and for the Democrats head to kerncountydemocrats.com.