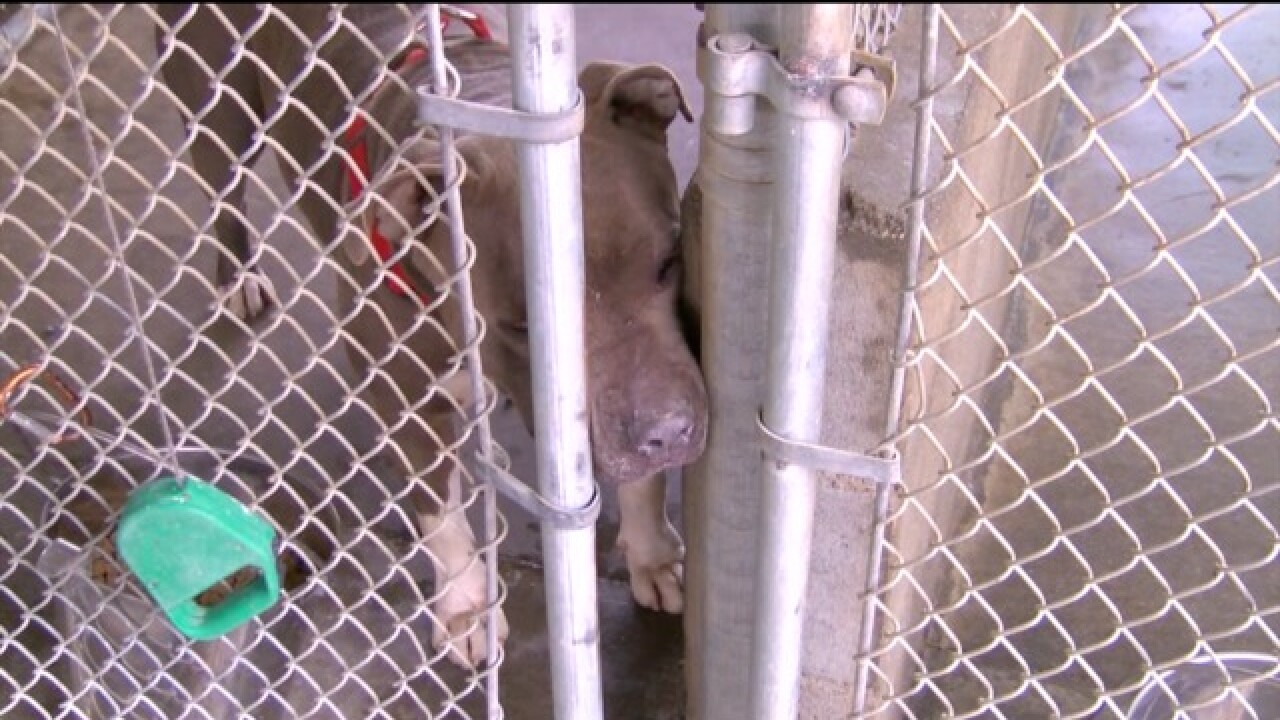 However Maya says Piper doesn’t fit into this mold. “You can see this dog is really friendly with humans, he loves playing, he loves running around the grass, occasionally I’ll just let him loose in this area and he’ll just run and ignore everyone else,” said Maya. While Piper is sweet, he still needs some training so he can be adopted.

“He’s really calm, mellow, likes to observe, he doesn’t display any aggression with any of the kids or family members of any kind,” said Maya. So the city is trying to raise money to send him to a special trainer up in Washington which costs about 1,500. “They’re gonna assess him to see if he’s friendly, if he does pass the assessment they’ll train him teach him basic command skills, teach him to get along with other dogs and just make sure overall that he’s safe dog, friend and companion to have around,” said Maya.

Piper would be the first dog at the shelter to complete this type of training. And once he completes the training he will be up for adoption at a shelter in Washington. Donations to send Piper to his training in Washington can be made at here.