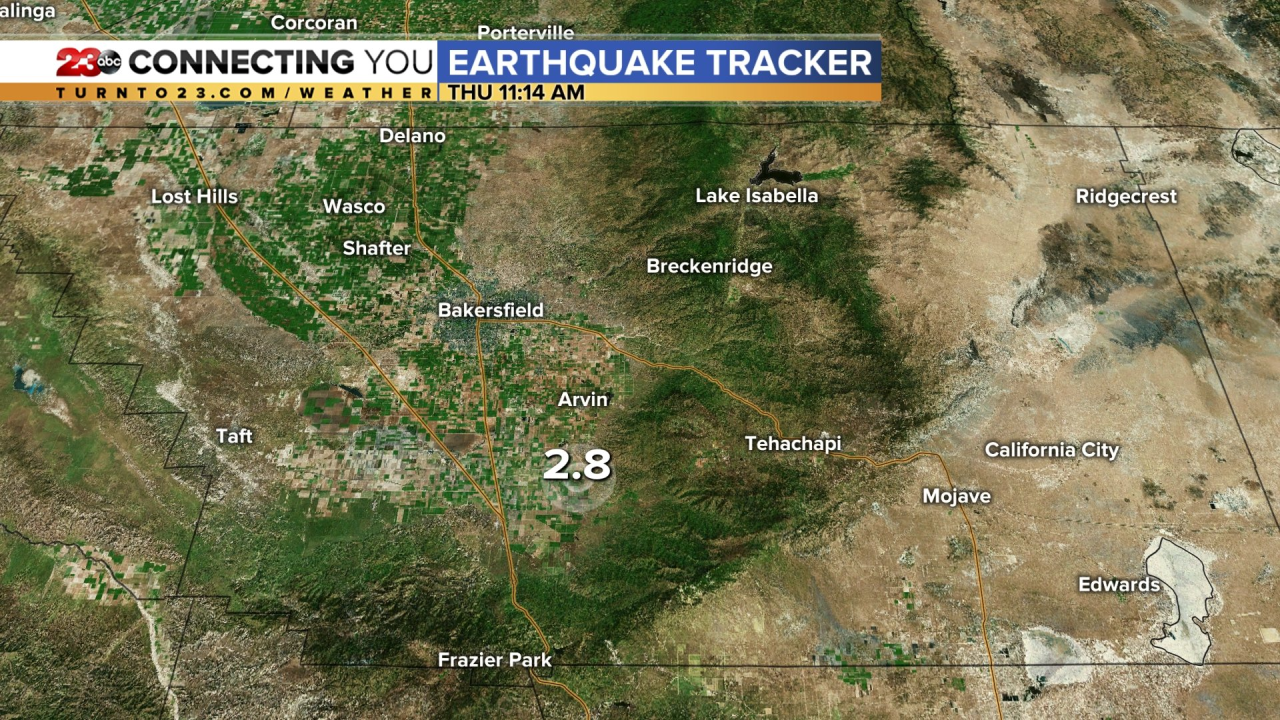 Residents in Arvin may have felt the earth move under their feet on Thursday after the area was hit by a 3.1 magnitude earthquake.

There were no reports of any damage.

On Monday, multiple earthquakes hit parts of California, including Kern County. According to the U.S. Geological Survey, a 3.6 hit the area of Little Lake, about 30 miles northwest of Ridgecrest and a 2.8 was reported near Boron.

Both hit just before 3 a.m. Monday.

A 3.5 hit near Loma Linda in San Bernardino at about 1:30 Monday morning.

No damage was reported in those quakes either.

And on November 13th, a magnitude 5.5 earthquake struck a remote corner of Nevada.

The U.S. Geological Survey says the quake struck shortly after 1 a.m. local time, shaking the desert and spots in California's Sierra mountains. It was centered about 21 miles southeast of Mina, a town of about 155, at a depth of less than four miles.

People reported feeling it across lightly populated communities and there were no immediate reports of damage.