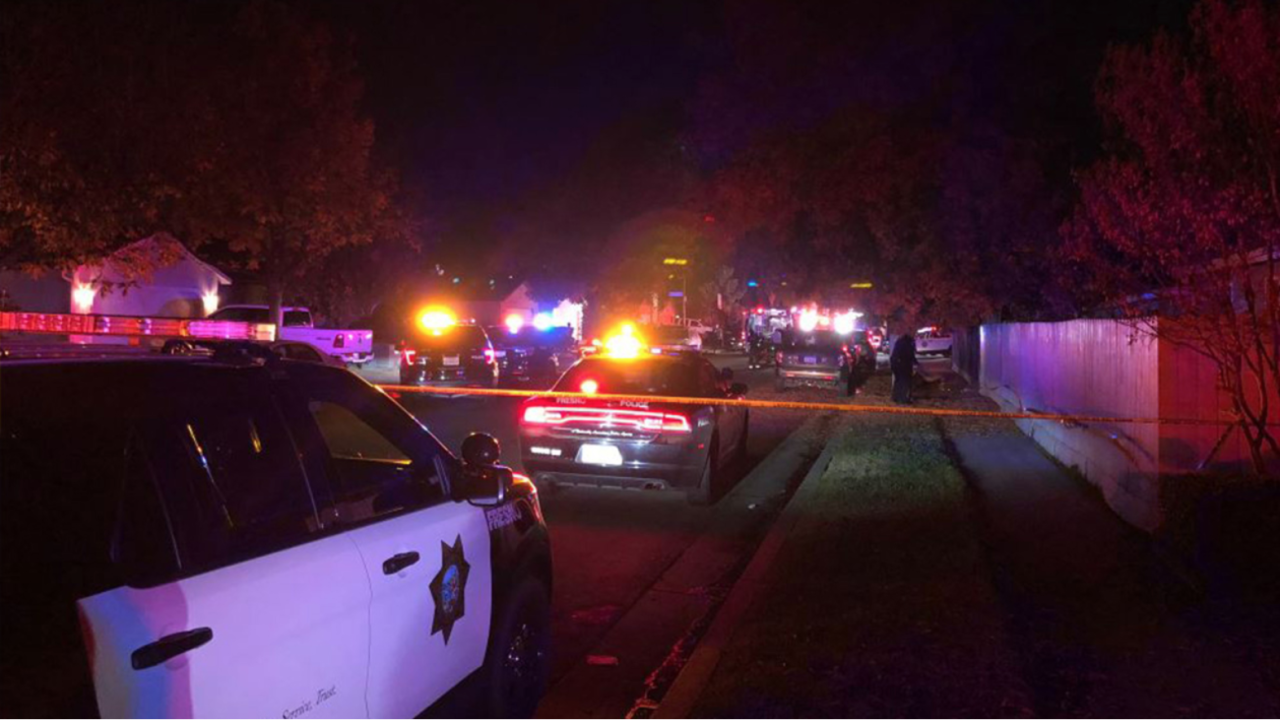 FRESNO, Calif. — At least ten people have been shot, and four are dead after Fresno Police say a suspect opened fire as a family gathered at an east central Fresno home Sunday night.

Officers responded to a home on Lamona Avenue near Ceasar Avenue, located about three blocks south of the Fresno Yosemite International Airport just after 8 pm on Sunday.

Fresno Police say around 35 people were watching a football game on television when the suspect snuck into the backyard and opened fire.

Police have also not yet released a description of the suspect, or a possible motivation.

The streets in the area have been closed off as an investigation is underway. Residents and drivers are advised to avoid the area.

The federal Bureau of Alcohol, Tobacco, Firearms and Explosives announced late Sunday night that it will be sending agents from its San Francisco field office to assist in the investigation of the shooting.