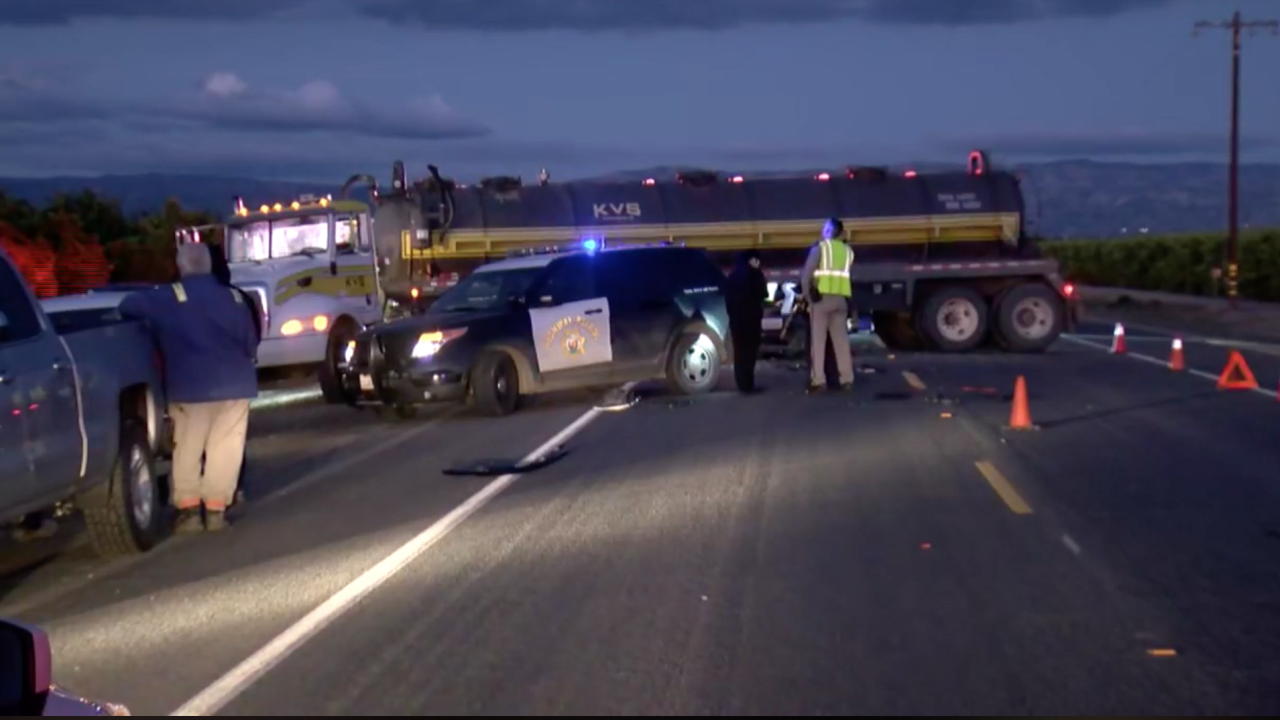 UPDATE: According to CHP, at approximately 4:30 a.m., a vacuum truck big rig missed a turn on Highway 166 as it was attempting to make a u-turn, one of the air lines broke which caused the brakes to freeze up. The truck then was stalled over all lanes of traffic.

The truck was stopped for about 15 minutes when a pickup truck came across and failed to stop and resulted in a collision with the side of the truck.

The driver of the pick up, a 47-year-old man died from his injuries while the passenger was transported with minor to moderate injuries.

CHP said there is no reason to believe that drugs or alcohol were a factor in the collision.

At least one person is dead after a crash on Highway 166 east of Maricopa.

According to CHP's traffic incident page , the crash happened around 4:50 a.m. CHP is reporting that east and westbound lanes are closed in the area. Traffic is being diverted to the shoulders to get around the crash.