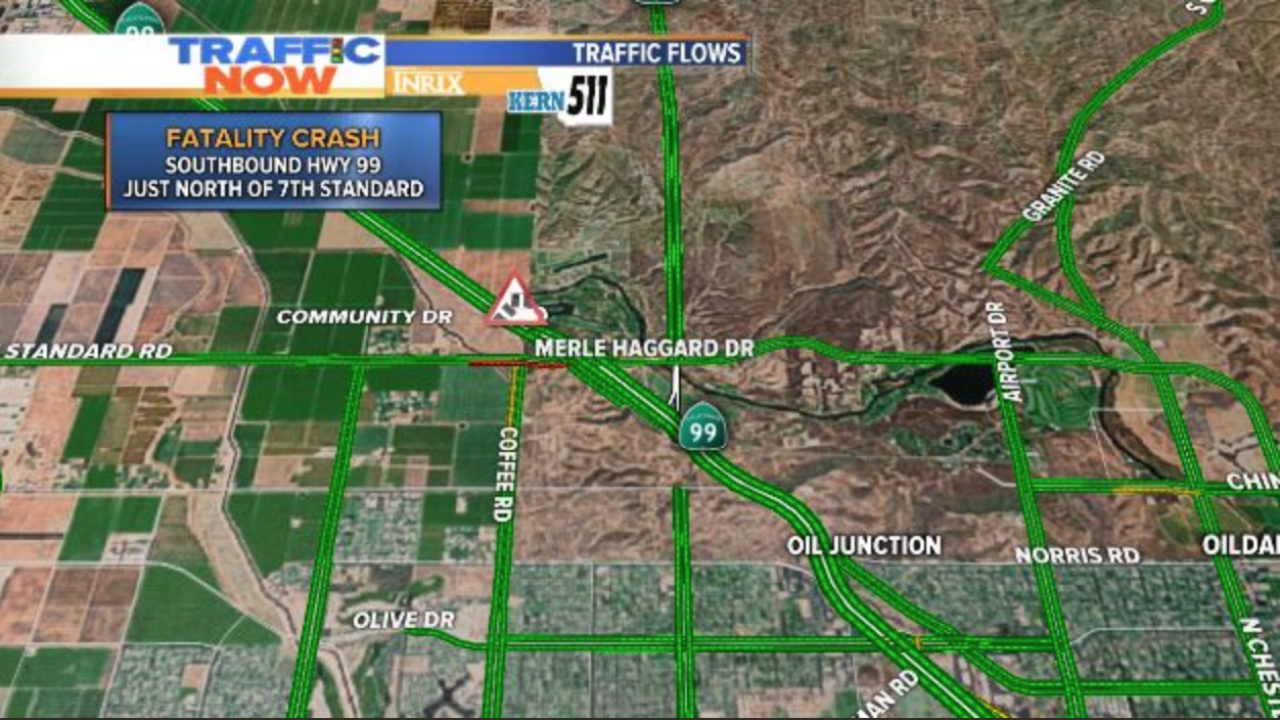 One person has died after a crash on southbound SR-99.

Around 5:45 a.m., CHP received a call about a crash on southbound SR-99 just north of 7th Standard Road. According to CHP, the driver of a semi-truck was traveling southbound in the slow lane when they felt an impact in their trailer. The driver pulled over the semi, where they discovered a pickup truck had crashed into the back of the trailer.

The one occupant of the pickup truck has died. CHP says alcohol and/ or drugs do not appear to be factors at this time.

CHP has shut down the #3 lane of southbound SR-99 just north of 7th Standard Road. CHP says traffic is currently backed up to Lerdo Highway.