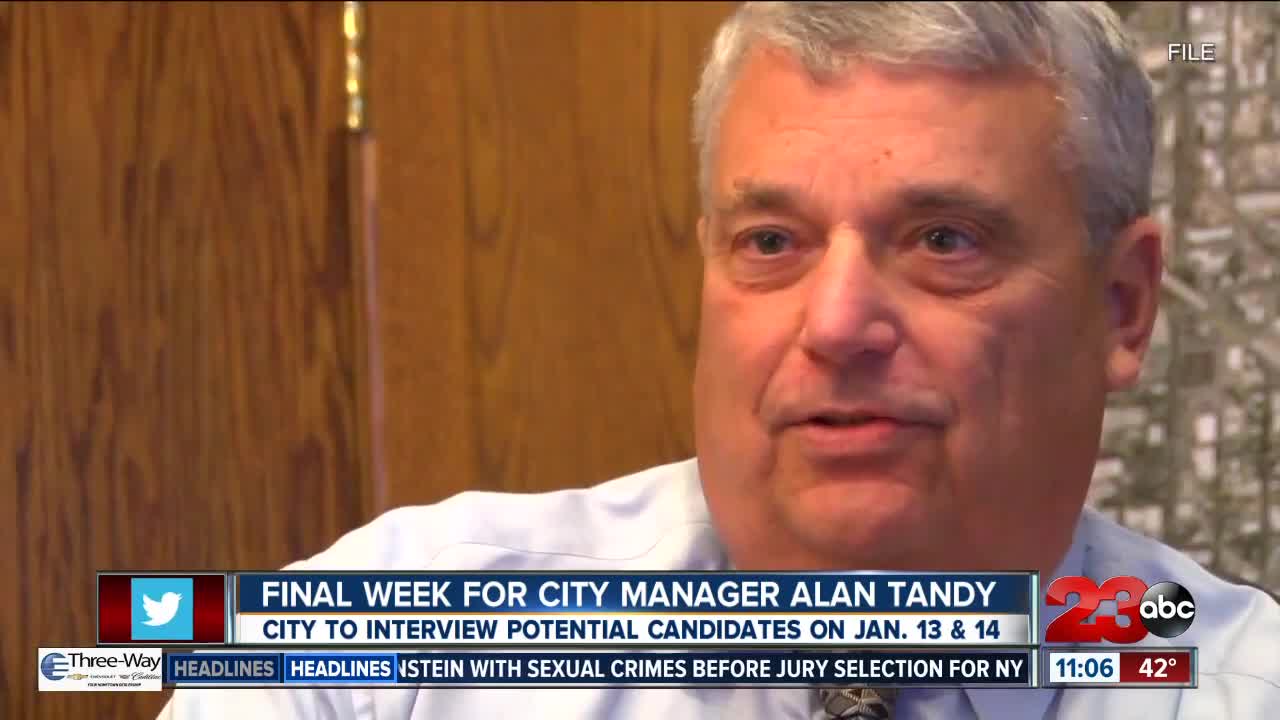 This week will mark the final week that Alan Tandy will serve as the city manager of Bakersfield.

BAKERSFIELD, Calif. — This week will mark the final week that Alan Tandy will serve as the city manager of Bakersfield.

Tandy, who announced his retirement last year, originally planned to be out of office last month but decided to postpone it to help with the transition of Rabobank into Mechanics Bank and some work on various homeless initiatives. Tandy's final day is now this Friday, January 10th.

City Councilmember Chris Parlier spoke to 23ABC about the council's plans to honor Tandy during his final council meeting Wednesday and gave an update on the search for a replacement.

"Alan Tandy has done a fantastic job for the city of Bakersfield for the last 27 years. This Wednesday at our city council meeting, we are going to have a great send-off for him. We will celebrate him and all his accomplishments," said Parlier. "We are conducting interviews on the 13th and 14th of January, for a new city manager. Hopefully, we have a good candidate that rises to the top. I just believe there's been a lot of positive things happening for the city of Bakersfield and this is just a new chapter in it."