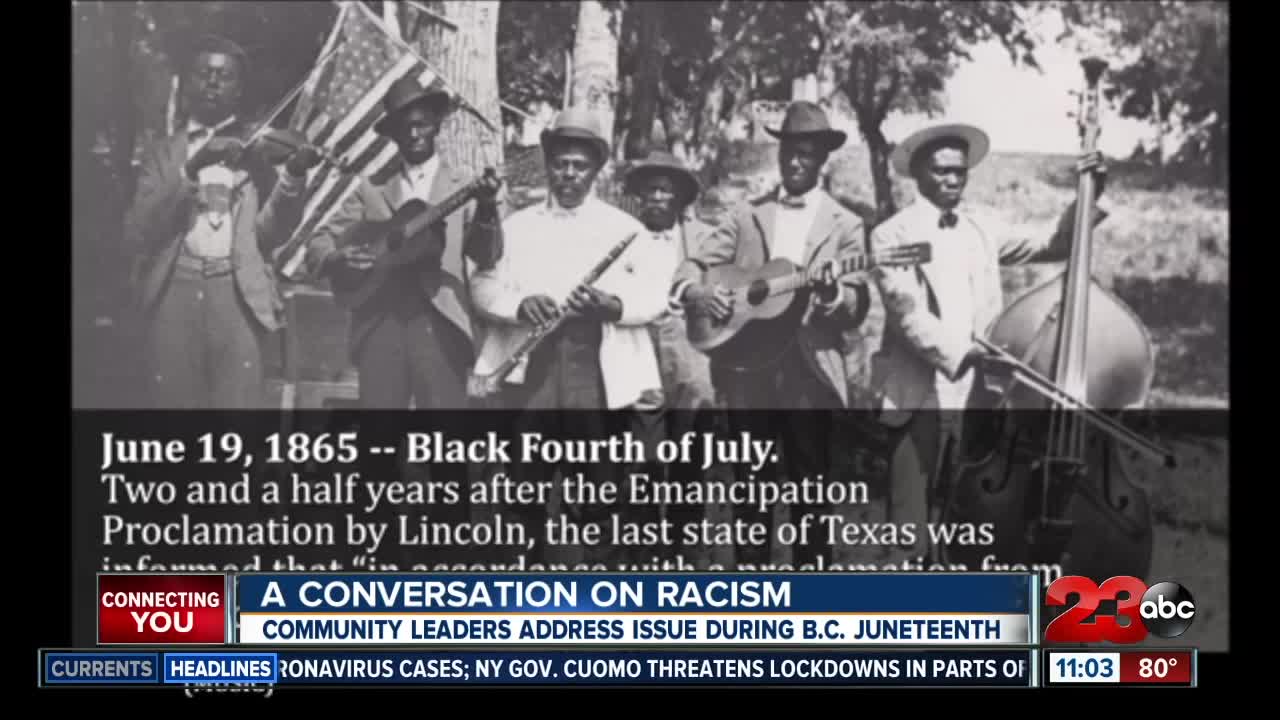 BAKERSFIELD,Calif. — Bakersfield College is hosting several conversations on racial issues, called Light A Candle.
The series will take place virtually and daily at 6 p.m. Leading up to Juneteenth, June 19, which memorializes the end of slavery in America.

The hour-long virtual meeting hosted by the Bakersfield College is apart of a two-week series of virtual conversations.

Organizers say the goal is to bring light to racial injustices in the Bakersfield community, state, and nation.

"For so many people who are not of color to be instance with us, who are marching and protesting with us, means a lot," said April Whitfield, a Bakersfield college student.

"Our power we have to realize comes from within our ancestors [who] passed this on to us. We have to know the people judging us because of our skin its nothing, but pure ignorance."
Bakersfield College's President Sonya Christian, took part in the event with a letter addressing the death of George Floyd.

It reads, "the public reaction to George Floyd's killing has been forceful, spontaneous, across the political spectrum and coast to coast."

The letter continues to retell a portion of African American history surrounding the importance and value of June 19, known now as Juneteenth.

June 19 is when Texas finally received orders that all slaves were officially free.

Although it was two and a half years earlier that the Emancipation Proclamation had formally freed them.

"I stress the word coaching. It focuses on law enforcement and community members [coming] together to look at the historical origin of distrust in America. There are three important concepts that we will look at in C4. First, it's constitutional policing, implicit bias, and procedural justice."
Even prominent leaders like Congressman Kevin McCarthy and T.J. Cox joined the conversation.

"Many consider Juneteenth to be America's second Independence Day, it marks the end of slavery. [It] started our country to live up to the words of our founders that all men are created equal," said McCarthy. "The scars and wounds of slavery are still there, we are all still healing. We will not stop fighting for a more perfect union."

McCarthy shared that the Bakersfield Police Department is working to adapt classes on racial conflict in its police academy.

"In Congress, recently I commissioned the black men and boys act," Cox said. "Which will establish a bipartisan commission to examine the social disparities that disproportionally affect black African American males."