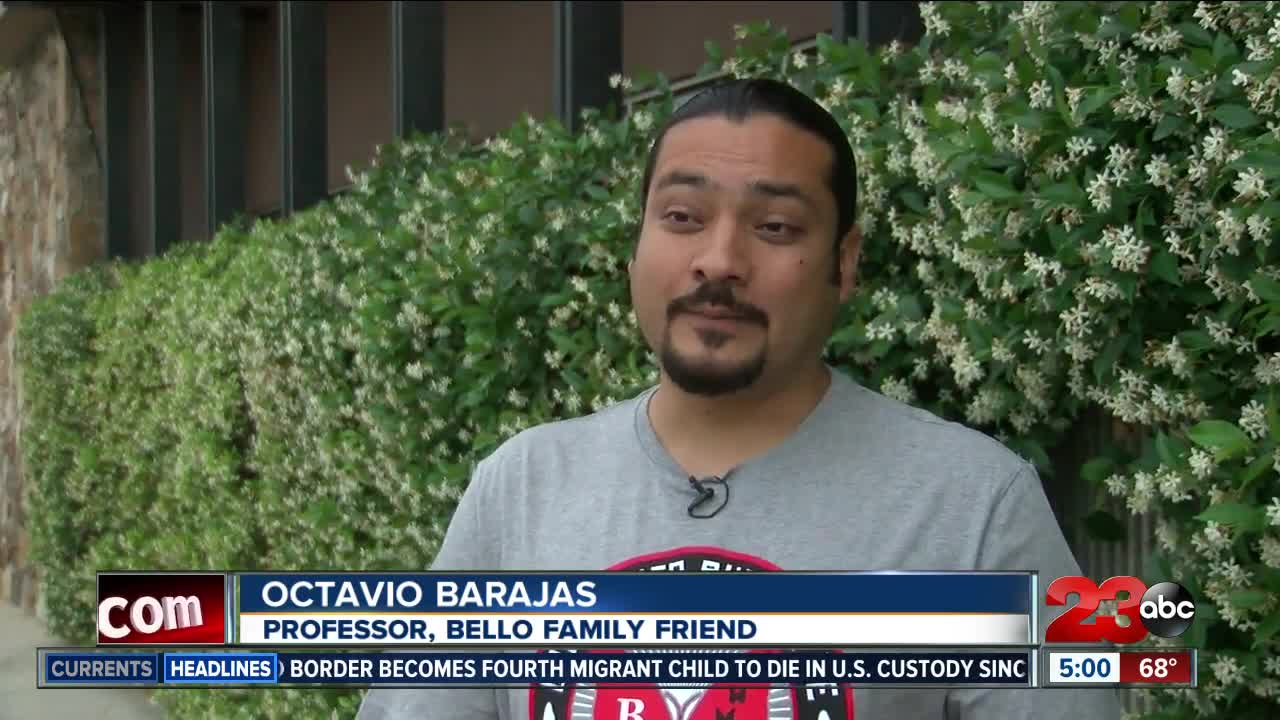 Jose Bello, the Bakersfield College student who last year was detained by Immigration and Customs Enforcement, has one again been taken into custody by ICE.

Jose Bello, the Bakersfield College student who last year was detained by Immigration and Customs Enforcement, has one again been taken into custody by ICE.

Octavio Barajas, a Bakersfield College professor and Bello family friend, confirmed with 23ABC that Bello was detained by ICE on Wednesday.

"They went to his home directly to detain him, they were waiting for him to come out of his home, he did and they intervened when he was on his way to get into his car," said Barajas.

The Mesa Verde ICE Detention Facility confirmed they have a "Jose Bello Reyes" in custody, but could not provide any more details.

23ABC reached out to ICE as well, and they could not provide details on Bello's arrest.

According to Win Eaton, an attorney who represented Bello last year when he was taken into custody by ICE.

Eaton said he was aware of reports that Bello had been taken into custody, but could not independently confirm it. He also said he could "not confirm nor deny" that he had been contacted by Bello recently. He said he is not currently representing Bello and said he has "not represented (Bello) for months."

Eaton said his law firm is open to representing Bello in the future. He also said, "It's terribly unfortunate that it appears his life is being ripped apart."

Bello was taken into custody in May 2018 and faced a charge of entering the country without inspection. He also faced a gang charge.

At the time Eaton said an ICE official told him that Bello was not the person they were looking for, and that Bello had no previous criminal record, nor was believed to be in a gang.

Bello was eventually released from ICE custody in August.

Once again, a year later, Barajas along with local advocacy groups are rallying behind Bello.

"Definitely hope that there is more empathy publicaly, for people who find themselves in this position and remove themselves from the political nature of this issue and see the human side of thing," said Barajas.