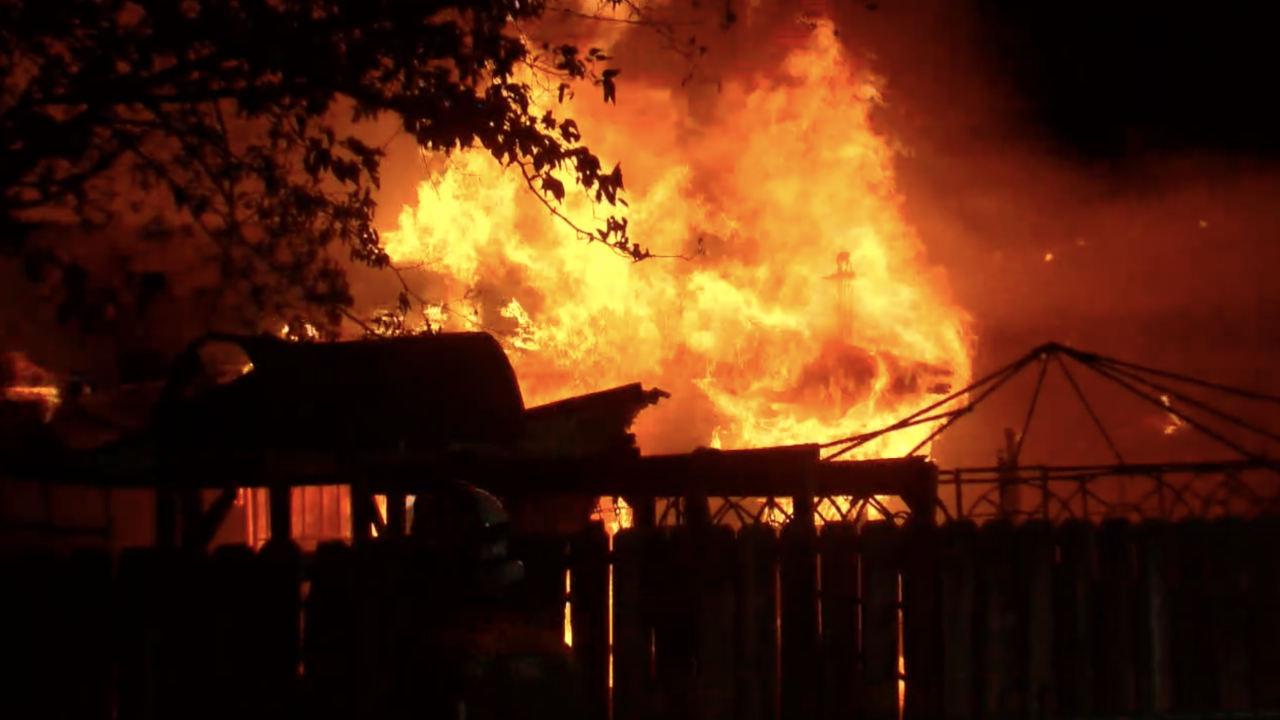 According to BFD Battalion Chief Mike Lencioni, fire crews responded to a call for a garage fire just before 8 p.m. near Goodman St. and N. Kern St.

When firefighters arrived they found the fire in the garage was quickly spreading to nearby storage structures on the back of the property. Lencioni said no one was inside the home, but according to BFD the property owner told fire crews that fires started by squatters has been an ongoing problem.

A BFD firefighter fell while battling the flames and possibly fractured his leg or ankle, according to Lencioni. He was taken by ambulance to a local hospital for treatment.

23ABC's cameras were filming as the injured firefighter was put into the back of the ambulance. He appeared to be in good spirits and was seen laughing with medics.

Firefighters were able to extinguish the fire within 15 minutes. Other than the firefighter, no other injuries were reported.

BFD said they're still working to determine what caused the fire, but acknowledged it may have been started by squatters.