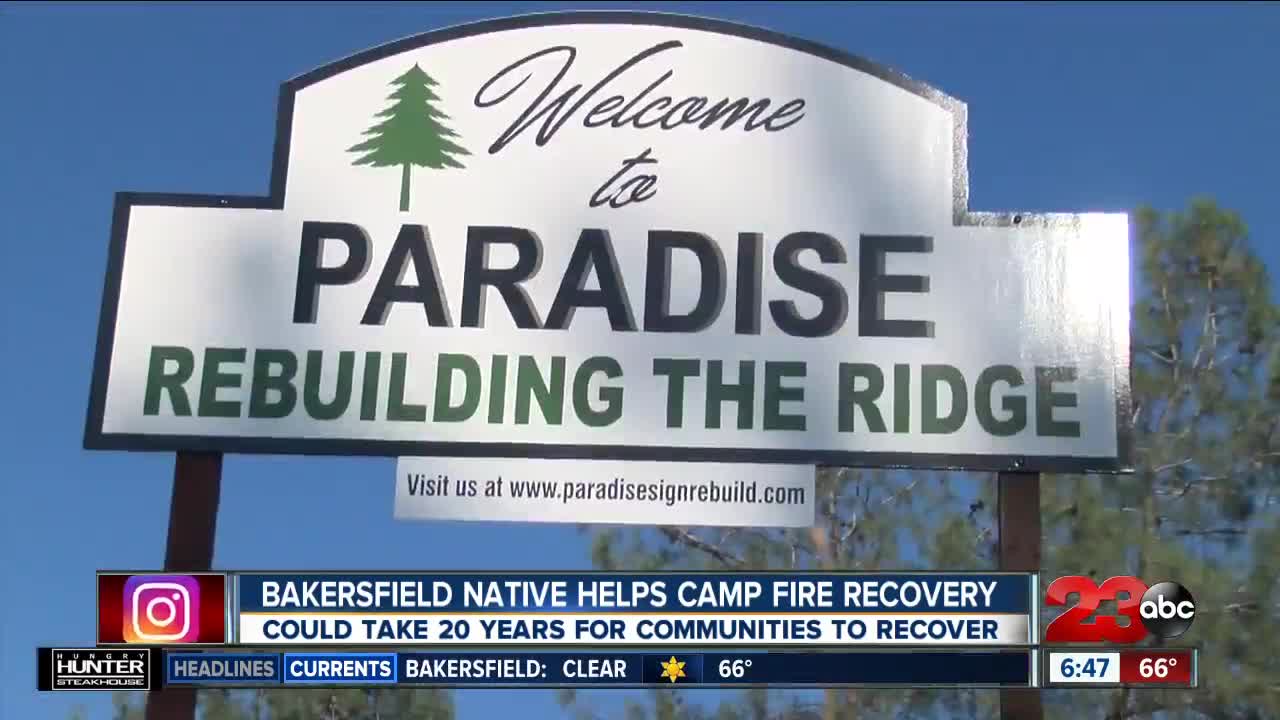 PARADISE, Calif. — The Camp Fire was the deadliest and most destructive wildfire in California history. Eight months later, the community is slowly rebuilding. One of the people at the helm of the recovery, a lecturer from Chico State who says she's learned what it means to give a helping hand growing up in Bakersfield.

The night of November 8, 2018, Megan Kurtz said it was obvious the consequences of this fire would be different.

“People were escaping for their lives just with what they had. The fire was so fast. It moved at a rate that we have not seen, “ said Kurtz.

Immediately neighbors near and far were ready to lend a helping hand, including the Kurtz family who lived 15 miles from the destruction.

“My husband, my daughter and I decided we needed to help out and we started delivering supplies to all the different shelters around,” said Kurtz.

The Kurtz family has called Butte County home for almost 20 years, but they are originally from Bakersfield.

“The camp fire has brought out a community spirit that I think has been ingrained in me since I was a child,” said Kurtz.

She said it's the Bakersfield community that taught her how to be a good neighbor.

Eight months after the camp fire, resources have come and gone, but the recovery of the community is just underway. That's where the Camp Fire Long Term Recovery Group comes in, and Megan is a part of that effort.

Kurtz says the recovery will likely take as long as 20 years and the role of the Long Term Recovery Group is to help the community navigate through the hurdles as they rebuild.

“Being a good neighbor from Chico state is part of talking with people, being at community meetings, listening in on the process and hearing what the residents want and how they want to rebuild,” said Kurtz.