Bakersfield-opoly Sells Out at Local Walmarts 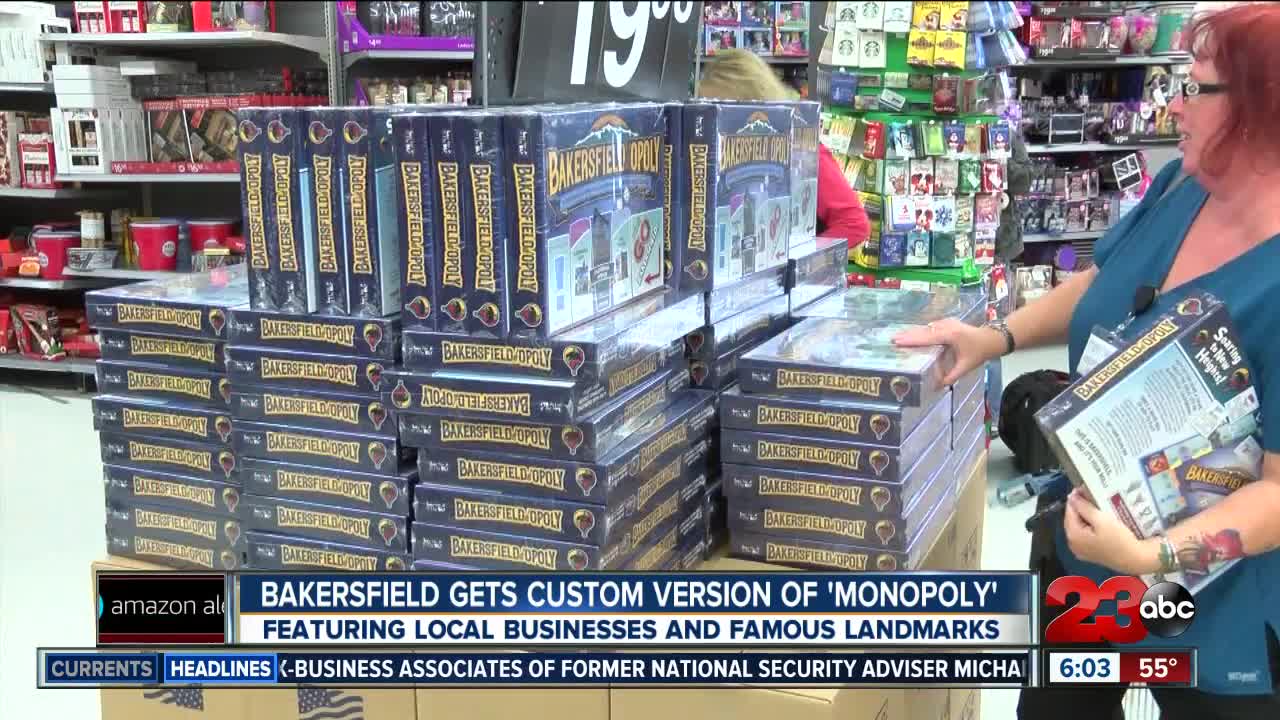 Bakersfield gets a custom version of 'Monopoly' that features local businesses and famous landmarks.

The East Hills Plaza Walmart was the last store in Bakersfield to sell out. According to the store manager, the store had sold about 170 games in only three days.

“I saw a customer take 15 and the customer before that took 20,” said the location’s store manager.

The board game features local Bakersfield businesses and famous landmarks including the Fox Theater, Murray Family Farms, the Bakersfield Arch, and even The Big Shoe.

23ABC broke the news to the owner of The Big Shoe, Felipe Torres. He was shocked to hear that his 72-year-old shoe store was one of the featured stops.

“I don’t know why they came up with the idea to add it there… The big shoe… but it’s there... unbelievable,” said Torres.

Torres says he plans to get his own copy of the game after work and hopes to get his hands on two, one for himself and one to hang in his business.

The Cincinnati-based manufacturer has been making specialty board games since 1984. A company correspondent said a local Bakersfield Walmart manager approached him with the suggestion and even helped curating what went on the board game. He also said it is not intended to be a limited edition.

“If it does well, we will talk to Walmart about restocking,” said the correspondent.