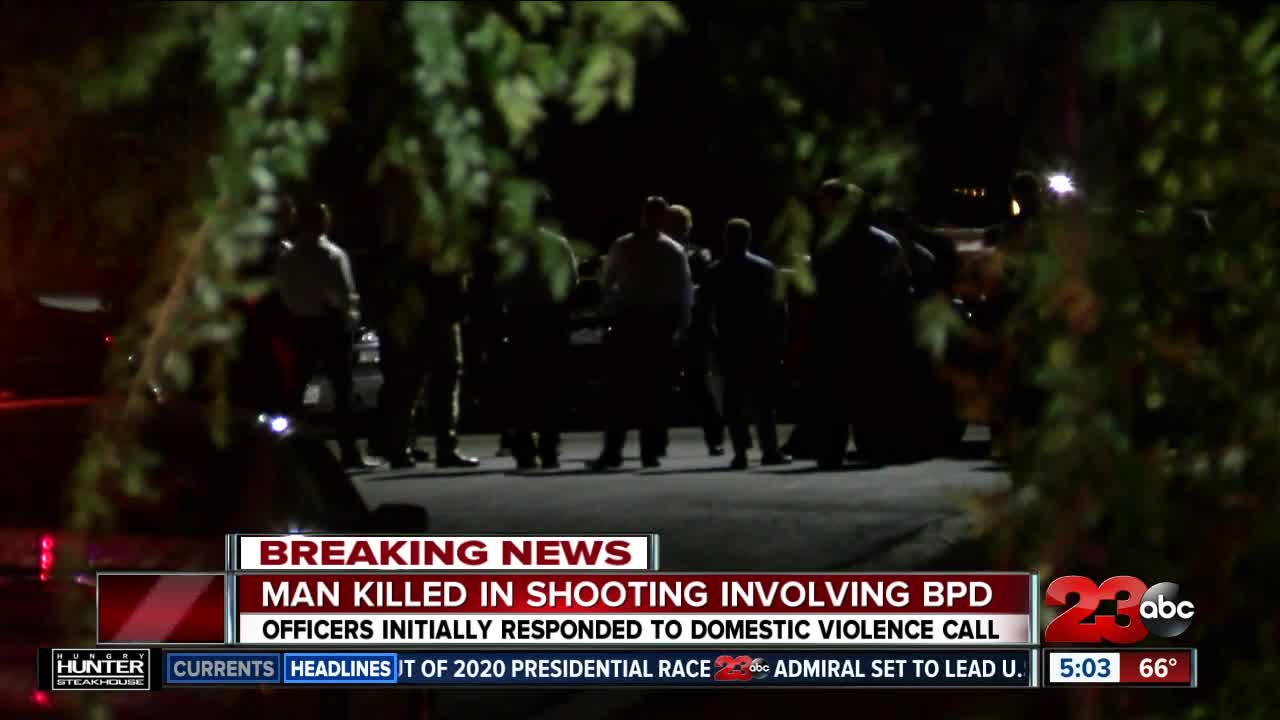 Bakersfield police say they responded to a domestic violence call in the area of Nelson and University just before 2 a.m. Tuesday morning. Shortly after an officer was involved in a shooting. Police say a man was pronounced dead at the scene.

BAKERSFIELD, Calif. — The Bakersfield Police Department has identified the two officers involved in a shooting that left one man dead.

On Tuesday, officers were called to the area of Nelson Street and University Avenue just before 2 a.m. for a report of domestic violence. BPD says the man was confronted by police in front of a home at which point a shooting occurred involving two officers.

The man, later identified as 36-year-old Anthony James Gonzales, was pronounced dead at the scene.

According to a statement by the BPD, the two officers involved were Matthew Aquino and Louis Rodriguez. Both have been employed by the department for seven years. This is the first officer involved shooting for both men.

Both officers were placed on routine administrative leave pending review by the critical incident review board.

The investigation into the shooting is ongoing. Anyone with information regarding this case is encouraged to call the Bakersfield Police Department at (661) 327-7111.