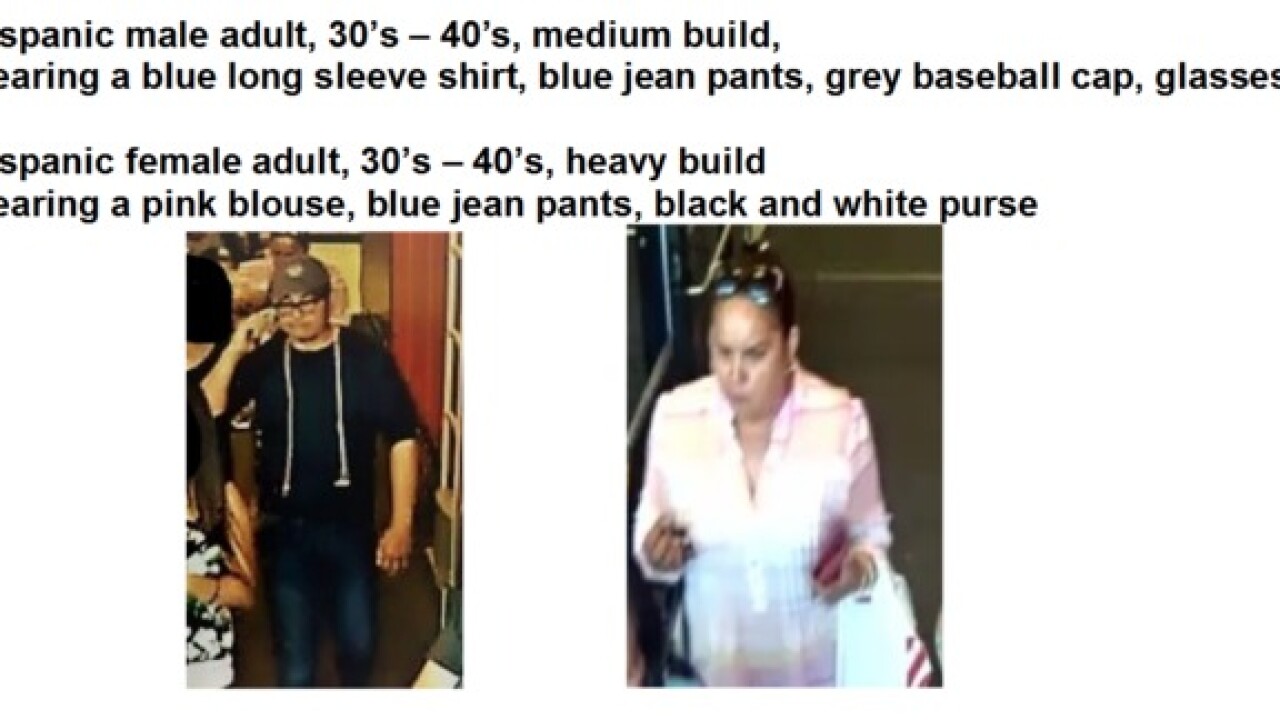 Bakersfield Police are asking the community for help in locating two people wanted for theft and fraud.

On Thursday, June 14 at approximately 5:30 p.m., officers say a man entered the Sprouts Farmers Market off of Stockdale Highway and stole a wallet from a shopping cart. They say he then went to the Target located on Rosedale Highway with a woman.

According to police, both of them made several purchases with stolen credit cards found in the wallet.

Anyone with information regarding this investigation, or the identity of either suspect, is asked to call the Bakersfield Police Department at (661) 327-7111 or Officer Felipe Juarez at (661) 326-3554.