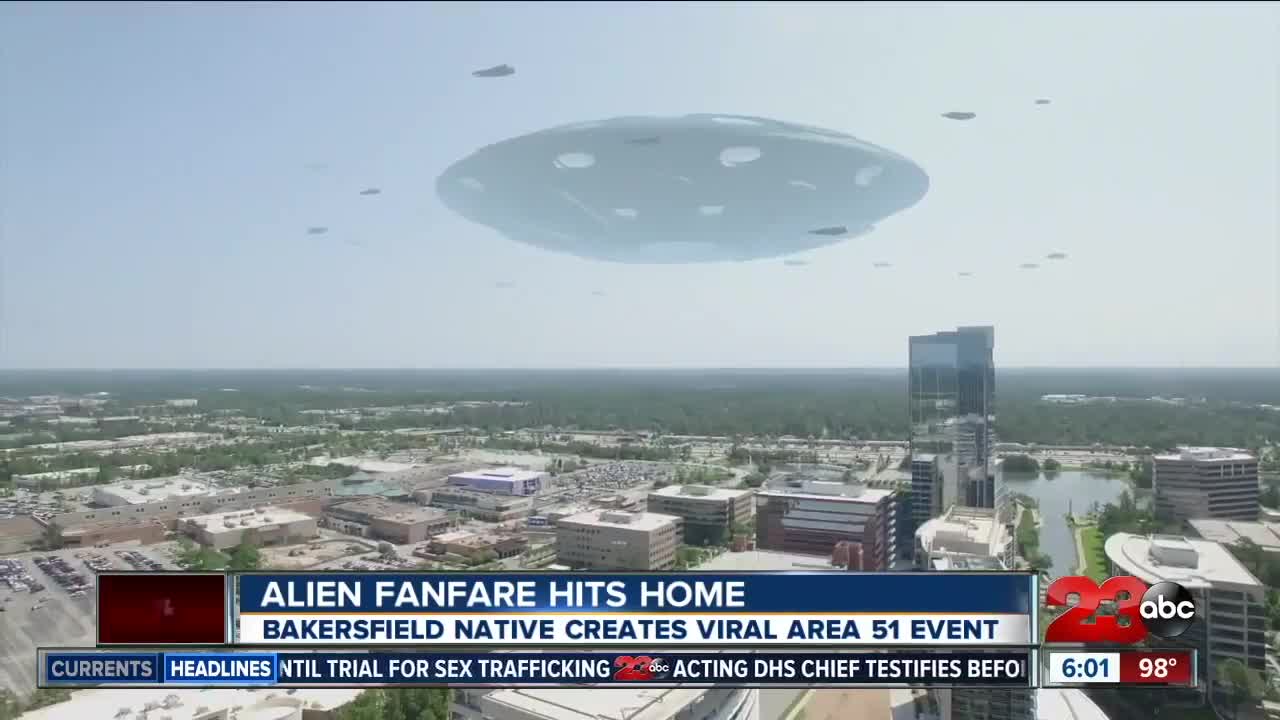 BAKERSFIELD,Calif. — You might have already spotted it: the Facebook group called “Storm Area 51, They Can’t Stop Us” has been viewed over 9 million times since its creation in June.

Matty Roberts, the creator of the viral Facebook group says he has a message to everyone who may be taking storming the military base, too, seriously.

“Please don't, I don’t want anyone to get hurt,” said the 20-year-old. “This came up as a pure struck of imagination it was meant to be funny.”

The Bakersfield college student, who is majoring in petroleum engineering says the Facebook event was created on June 27 and by the third day it had over one million people wanting know the mysteries that lie inside the base.

“We are now going to do something cool out there, now that we have a whole bunch of people,” Roberts said. “I want to make it like a festival of some sort and have a bunch of musical artists.”

The event has close to 3 million people in attendance and over 8.9 million views. Roberts says he and friends will now morph an "out of this world" experience for their followers.

Roberts shared that he has been in contact with local Inn’s near Area 51 who tell him they are already booked for the exploration of the Air Force facility. The event is scheduled to take place in Nevada on September 20th.

“I have had a few people DM the page and say I am willing to die for this and we are like, 'whoa',” Roberts said. “And they are talking about strength in numbers, but it it's like only a few of them.”

Roberts says for the most part everyone is enjoying the parody “Storming of Area 51” but he has gotten a few extremists that he had to tell it's just for fun.

“People just want to know like what is in there and I don’t want anyone to get hurt” Roberts shared. “Human lives are valuable and just don’t rush the base.”

He hopes that this event will be educational and have art installations all while meeting new friends.

“I just figured the FBI would be knocking on my door right now,” Roberts said. “No one has shown up and it’s interesting for sure.”