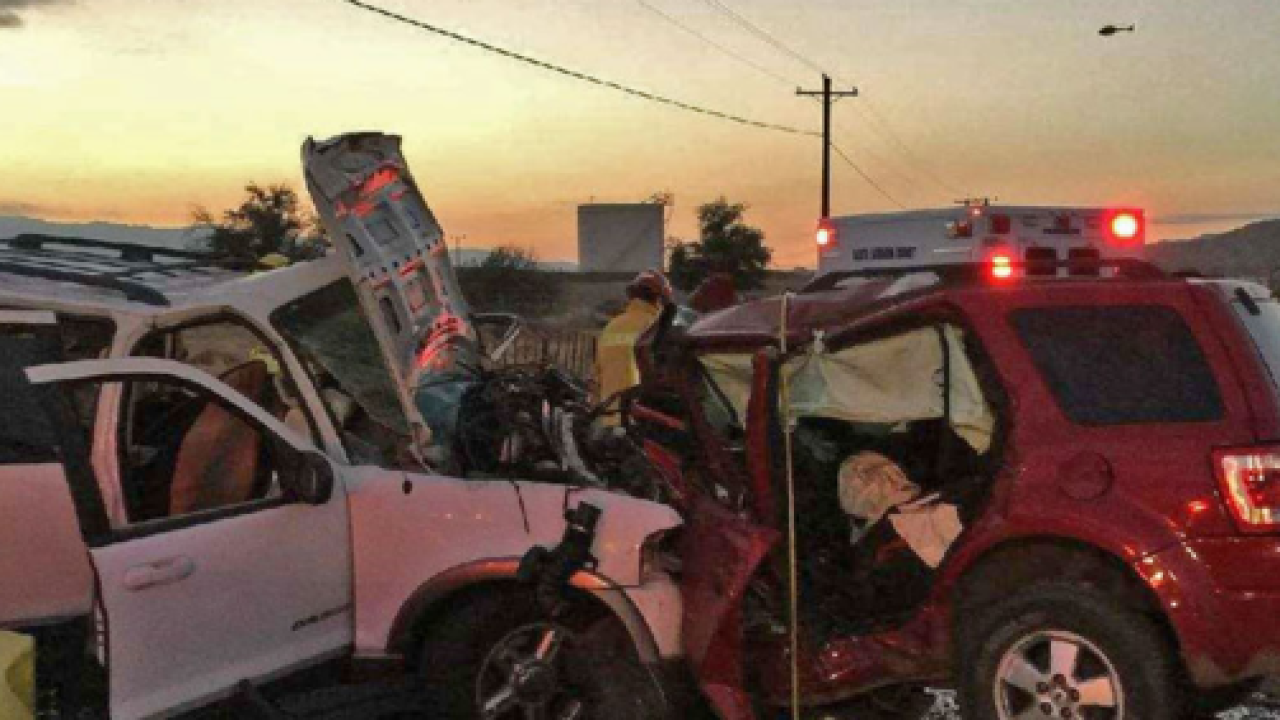 UPDATE (12/4, 4:34 p.m.): The Bakersfield woman who was killed in a head-on collision on Highway 166 in Santa Barbara County this weekend has been identified by CHP.

Denise L. Courtis was killed in a crash on Highway 166 near New Cuyama on Sunday.

The two other people who were killed have been identified as 19-year-old Alejandro M. Santiago of Santa Maria and 61-year-old Robert L. Swarens of Citrus Heights.

Three people were killed, including a Bakersfield woman, in a head-on crash on Highway 166 near New Cuyama in Santa Barbara County, CHP officials said.

A 19-year-old man from Santa Maria was driving a 2001 Ford Escape westbound on Highway 166 when he veered to the left, and crossed over the double yellow lines directly into the path of a 2002 Ford Explorer, driven by a 54-year-old Bakersfield woman headed eastbound, CHP officials said.

She and her 61-year-old passenger from Citrus Heights were killed.  The 19-year-old was also pronounced dead at the scene.

None of the people involved in the crash have been identified.

All three people involved in the crash were wearing seat belts, per CHP.

It's unknown if alcohol and/or drugs were a factor in the crash.