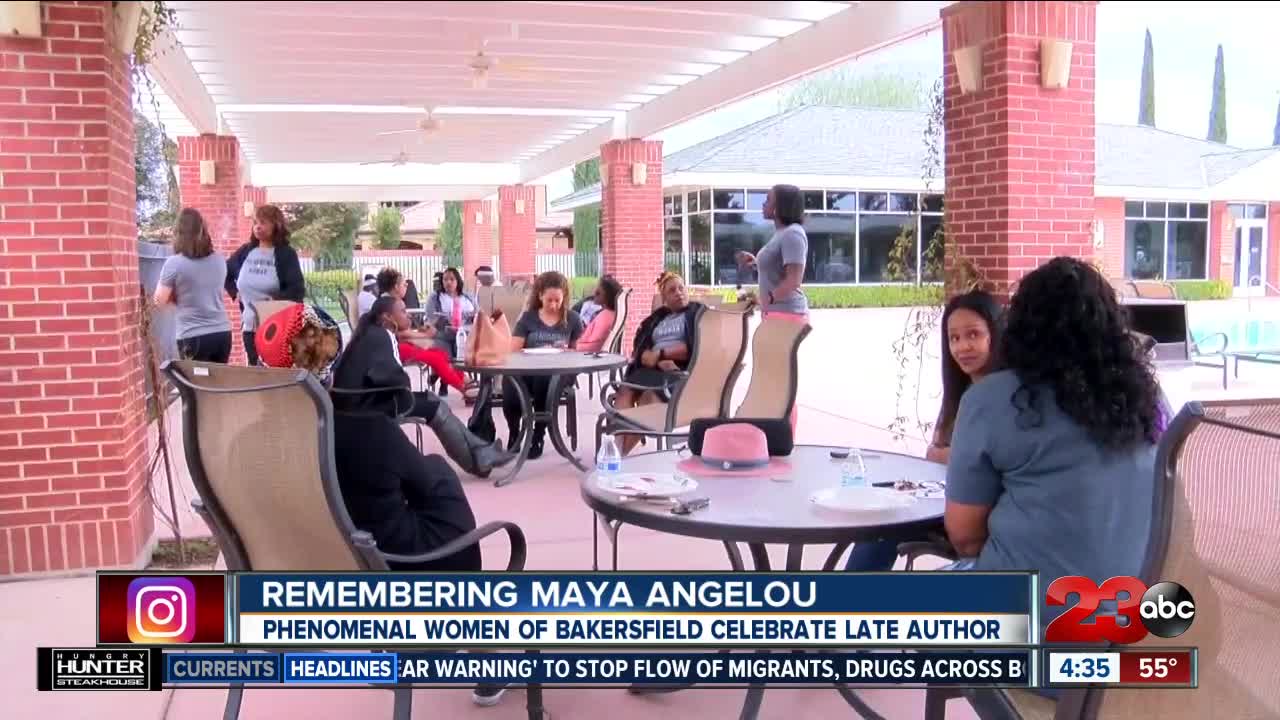 Bakersfield women celebrate Maya Angelou for what would have been her 91st birthday.

BAKERSFIELD, Calif. — An activist, a poet, a phenomenal woman. March 4, 2019 would have been the 91st birthday of poet and activist, Maya Angelou. On her birthday, women in Bakersfield honored her as part of the Phenomenal Woman Action Campaign, a civic engagement group dedicated to fighting for women’s rights and empowering young women around the world.

“All the wisdom that she shared with other women, and all the struggles that she went through, and yet she still triumphed and got through everything and came out phenomenal.” said the event’s organizer, Janell Burton.

As they met at an annual gathering at Seven Oaks to network and support one another in honor of the late poet’s birthday, reading her iconic poem, Phenomenal Woman .

“This started from the phenomenal woman action campaign,” said Burton. “And other women were celebrating and wearing their phenomenal woman shirt. I thought that would be cool if women in Bakersfield got together and did the same.”

Maya Angelou was a renowned civil rights activist who fought for women’s rights and sought to positively influence young girls—something the event’s attendees say they hope to do as well.

“I have four girls and I just believe that me being involved and doing things will also teach my girls how to be phenomenal as well,” said event attendee, Laurie Brown-Thompson.

And if you ask Bakersfield women what’s their definition of a phenomenal woman:

“A phenomenal woman is unstoppable.”

“A phenomenal woman is awesome.”

“A phenomenal woman is confident.”

“A phenomenal woman is powerful.”

Angelou passed away in May 2014, but her legacy carries on today.