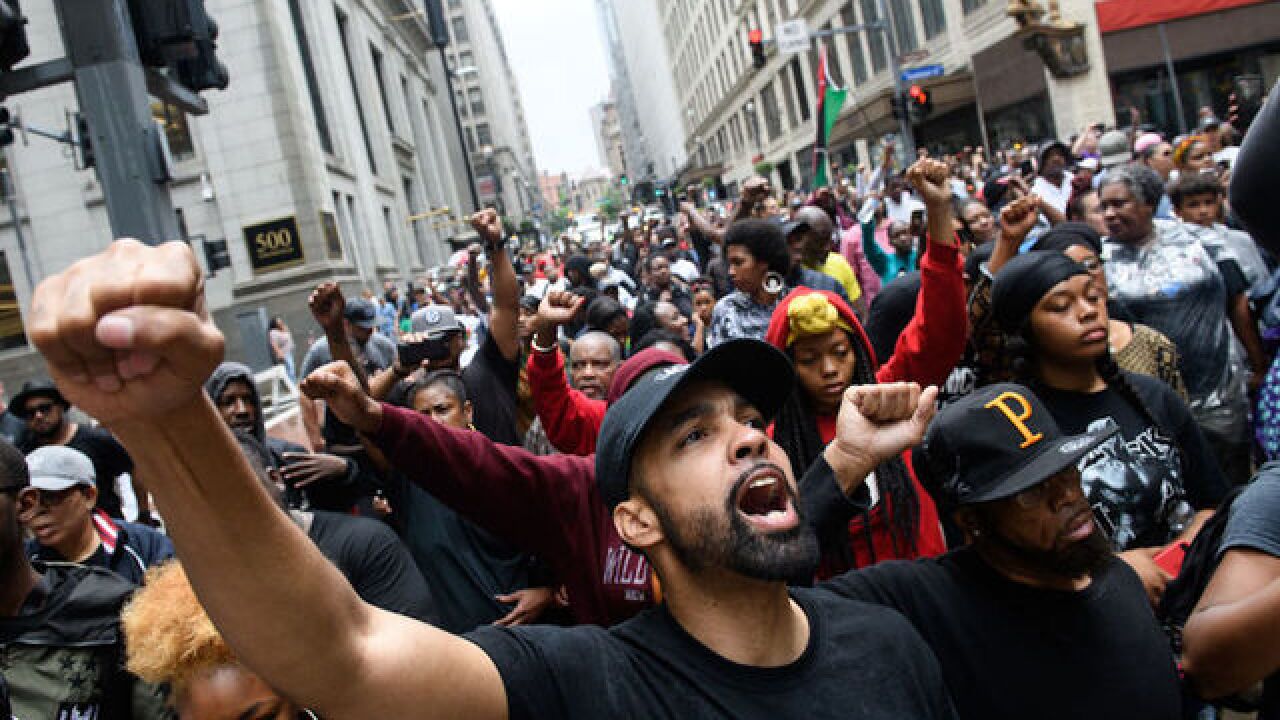 Image copyright 2018 Getty Images. All rights reserved. This material may not be published, broadcast, rewritten, or redistributed.
Justin Merriman
Protestors join a march for the police shooting of Antwon Rose during a Juneteenth celebration on June 23, 2018 in Pittsburgh, Pennsylvania. Rose, an unarmed black teenager, was shot, leading to protests and outraged across the city. Juneteenth commemorates the June 19, 1865, announcement of the abolition of slavery in the U.S. state of Texas.

Bakersfield College along with the Bakersfield Police Department will be conducting a series of virtual discussions and celebrations in preparation for June 19th, also referred to as Juneteenth, which commemorates the end of slavery in the United States.

“As educators, it is important for us to shine a light on these issues,” said Tommy Tunson, director of Public Safety Training at Bakersfield College. “Discussions around law enforcement issues, trust restoration, and Black Lives Matter are at the forefront of the national consciousness. Our Juneteenth series seeks to elevate the experiences of Black men and women in America and create a dialogue around bridging the racial divide.”

The two-week conversations across multiple platforms are focused on the message that racism and white supremacy in our nation will not be tolerated.

On Thursday the BC faculty, staff and students, in collaboration with Michael Boers, T Johnson, and Traco Matthews will be holding a "Unity in the Community Call to Action Peace Rally" starting at 6 p.m. at St. Peter Restoration Community Christian Ministries.

The full schedule can be viewed at the Juneteenth website.