BCSD hit by tech issues for back to school, takes 3,000 calls on first day 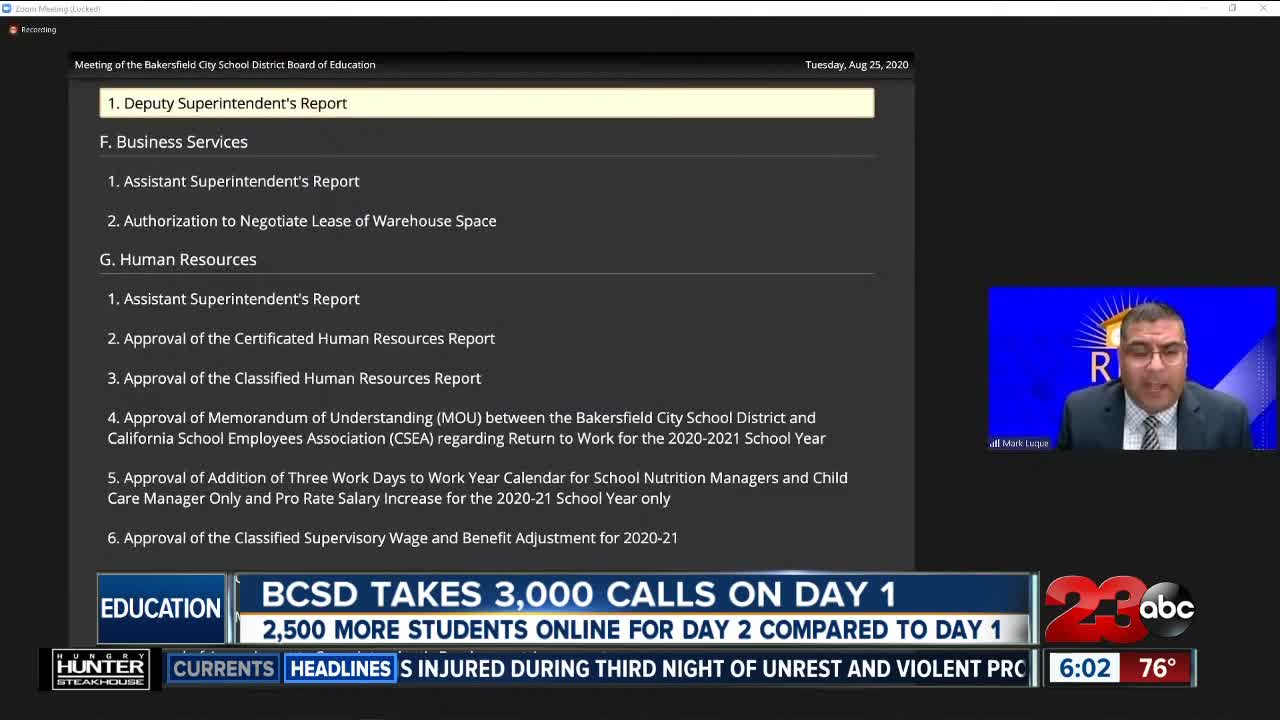 Most of those calls were tied Zoom issues after the company reported nationwide outages.

Deputy Superintendent Mark Luque saying the district will use this as a teachable moment.

Luque also said Tuesday's attendance within the district saw about 26,500 students. That was up by about 2,500 from the first day. He said he believed the tech issues Monday led to thousands of students not being able to be counted.