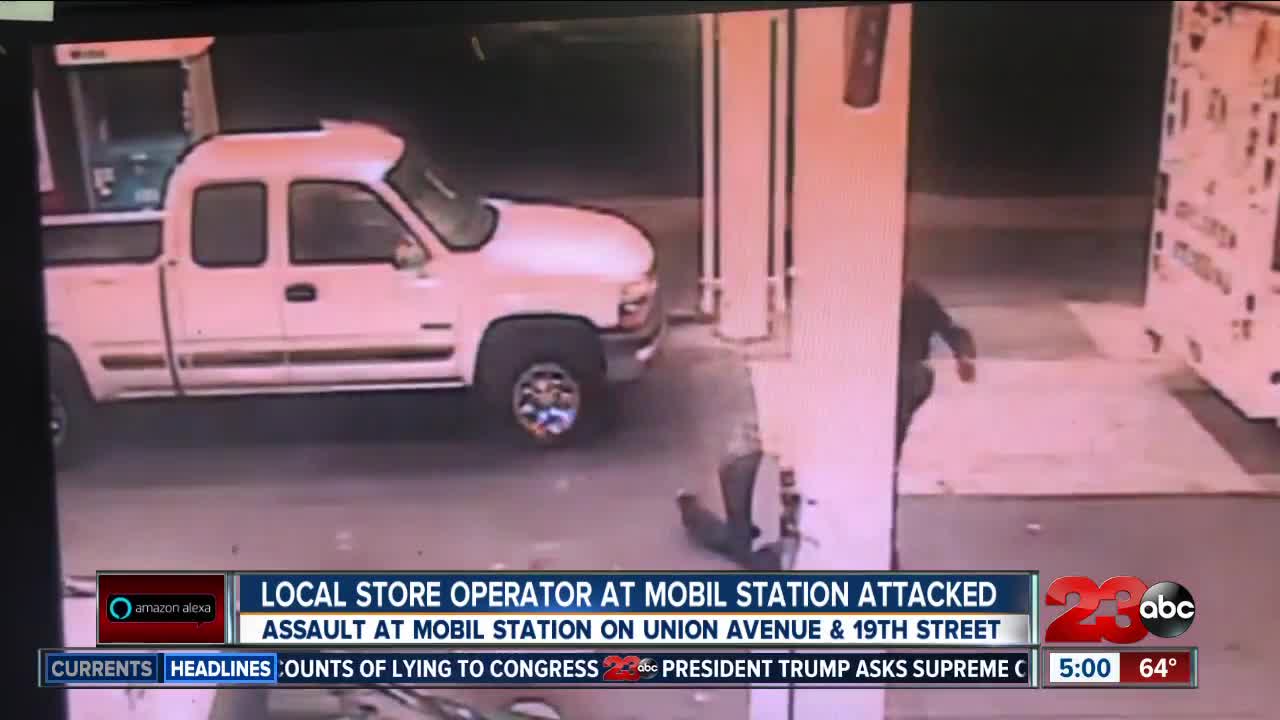 Earlier in the evening employees said they had noticed a man outside who was asking for money, and it was when Mr.Ly asked the man to leave and stop bothering customers for cash, that the attack began.

"He's in the hospital, he hasn't been to work in two days," Gomez, said.

In the Mobil gas station surveillance video shared with 23ABC News, you can see Mr. Ly confronting someone behind a white truck. Moments later the man strikes Mr. Ly in the face, Ly falls to the ground and the man is then seen kicking Mr.Ly while he's down on the ground.

"Almost bought me to tears because his face is so mutilated, his nose is broken, his eyes are swollen he's in a lot, a lot of pain, that's why he's not here today," Mobil gas station store employee, Robert Thomas explained.

The man eventually took off and bystanders said they did their best to help Mr. Ly to his feet.

Police have confirmed with 23ABC News that they are now investigating this incident as an assault and they are looking for the suspected attacker.

"They will give them money and all of the homeless people do know that there is money here and our customers are willing to give them money," Gomez said "So...I don't know stop giving them money because it will bring violence at the end of the day."

Community members said even though Mr. Ly does not allow homeless to panhandle outside of the store he is one of the good Samaritan in the community who is still willing to give back to those in need whenever he can.

"Any time that I've ever needed anything, he's always had the communities back. There was a couple of times that I was short on the rent and Mr. Ly went ahead and wrapped up the last 25 bucks for me," Regular Mobil gas station customers," Homer Hernandez said.

Mr.Ly was barely able to speak to 23ABC News on the phone while he was being seen by doctors, but said he is touched by the community outpouring of support for him

"He's a great guy he'll give anybody, anything in the community everybody loves him," Thomas said.

At this time there is no suspect information and police are hoping that someone can help identify the man seen in the video.