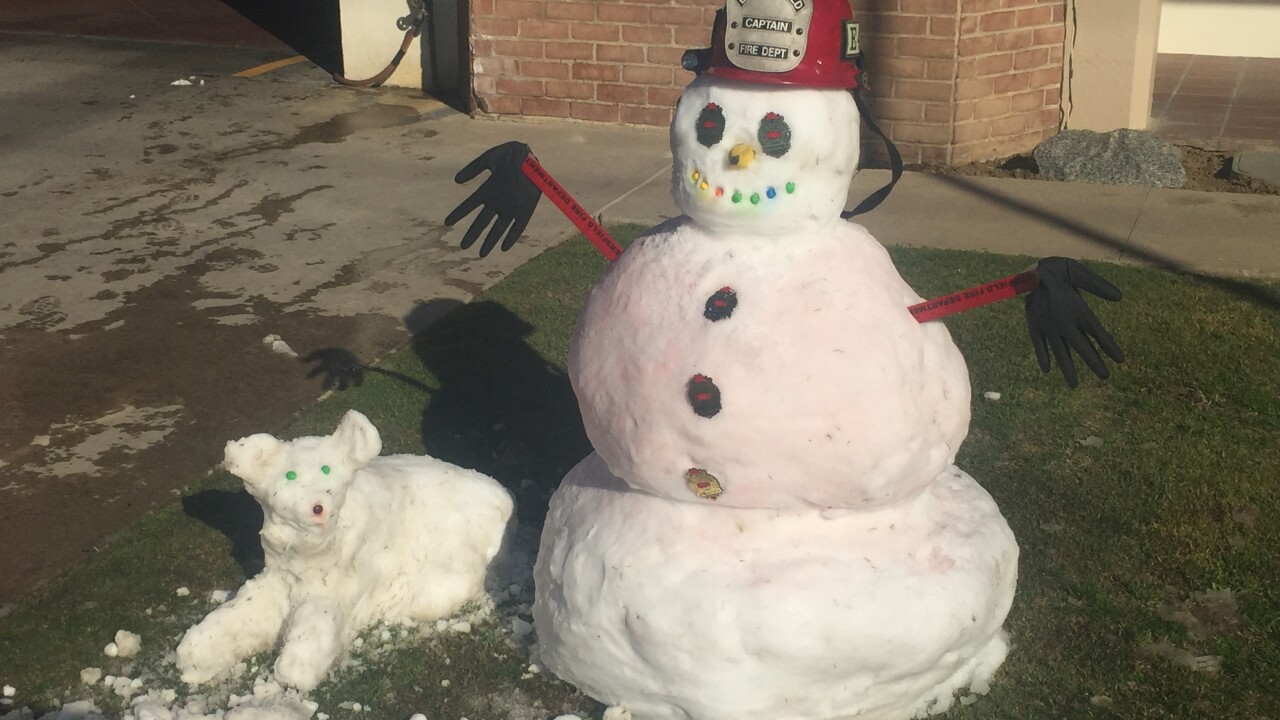 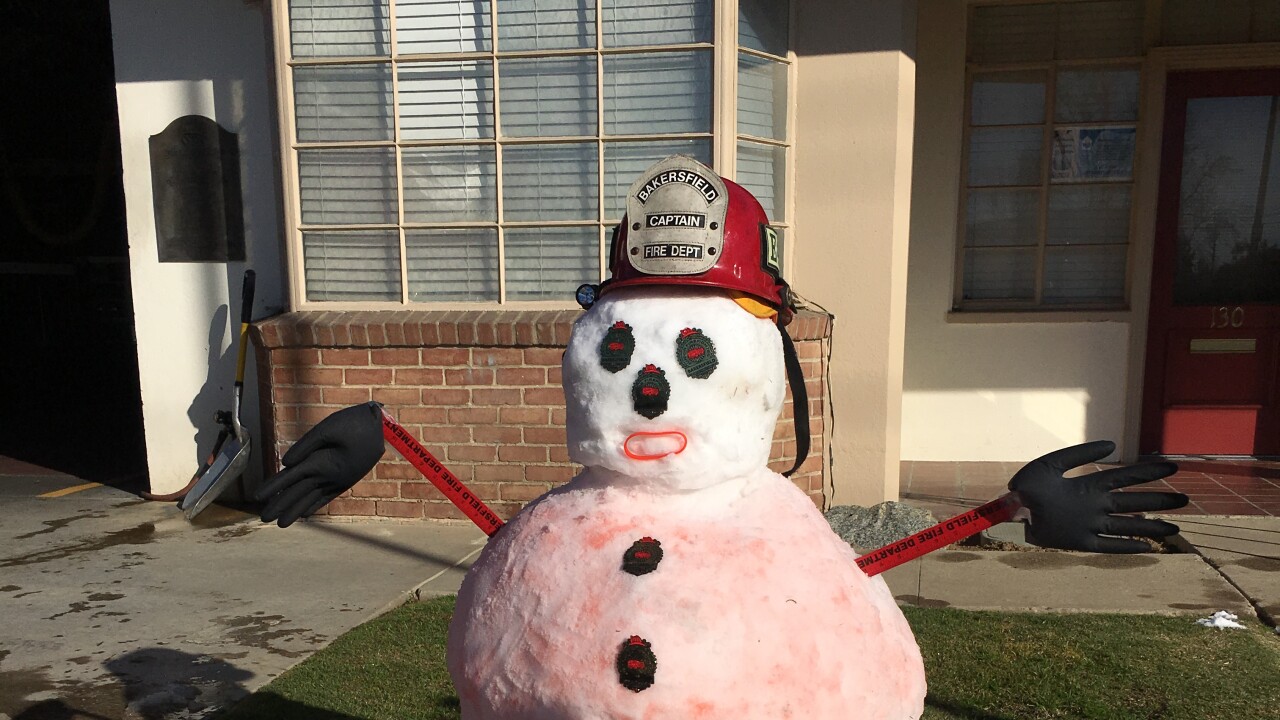 Firefighters with the Bakersfield Fire Department decided to spread some cheer by bringing snow down from Alta Sierra and building a snowman outside of their fire station.

The idea started when Kevin Hinkle, who lives in Alta Sierra, woke up and saw snow on his truck. He decided why not bring the snow down to East Bakersfield to bring some joy to the children that always walk by Bakersfield Fire Station No. 4! Hinkle brought the snow, then he, Saul Alvarado, and Captain Scott Drake built Bernardo the Snowman and Skippy the Snow-dog. Earlier in the day, the three also had a snowball fight with children on their way to school.

Captain Drake says his station loves giving back to the community and giving the children something fun to enjoy.

The station is located on Bernard Street near Union Avenue in East Bakersfield.