Multiple lanes shut down after deadly crash on Southbound I-5 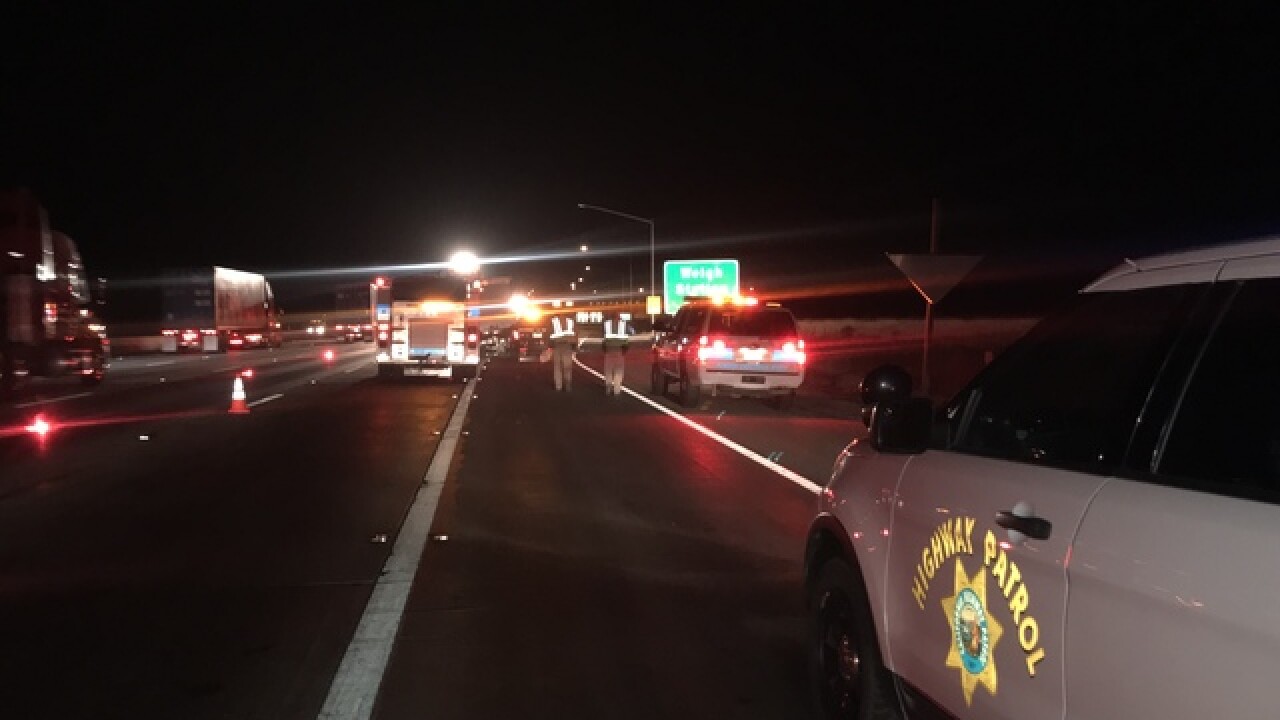 UPDATE (7:02 a.m.): According to the CHP, the driver who was killed in a crash on the I-5 is a 50-year-old man from North Hollywood. He has not yet been identified.

The CHP says the driver "was driving at an unsafe speed for these driving conditions."

The box truck driver died at the scene. He has not yet been identified.

The big rig driver did not suffer any injuries.

While the investigation is still ongoing, the CHP said the driver of the box truck "wasn't paying attention and crashed into the back of the big rig."

UPDATE (4:38 a.m.): The CHP is reporting that at least one person was killed in this morning's crash on the Southbound I-5.

A crash involving a big rig and a box truck has shut down multiple lanes of Southbound Interstate 5 on Thursday morning.

According to the California Highway Patrol, the collision happened just after 3:15 a.m. near the big rig weigh station.

Major injuries have been reported.

The CHP says two lanes of traffic have been shut down along with the on ramp.