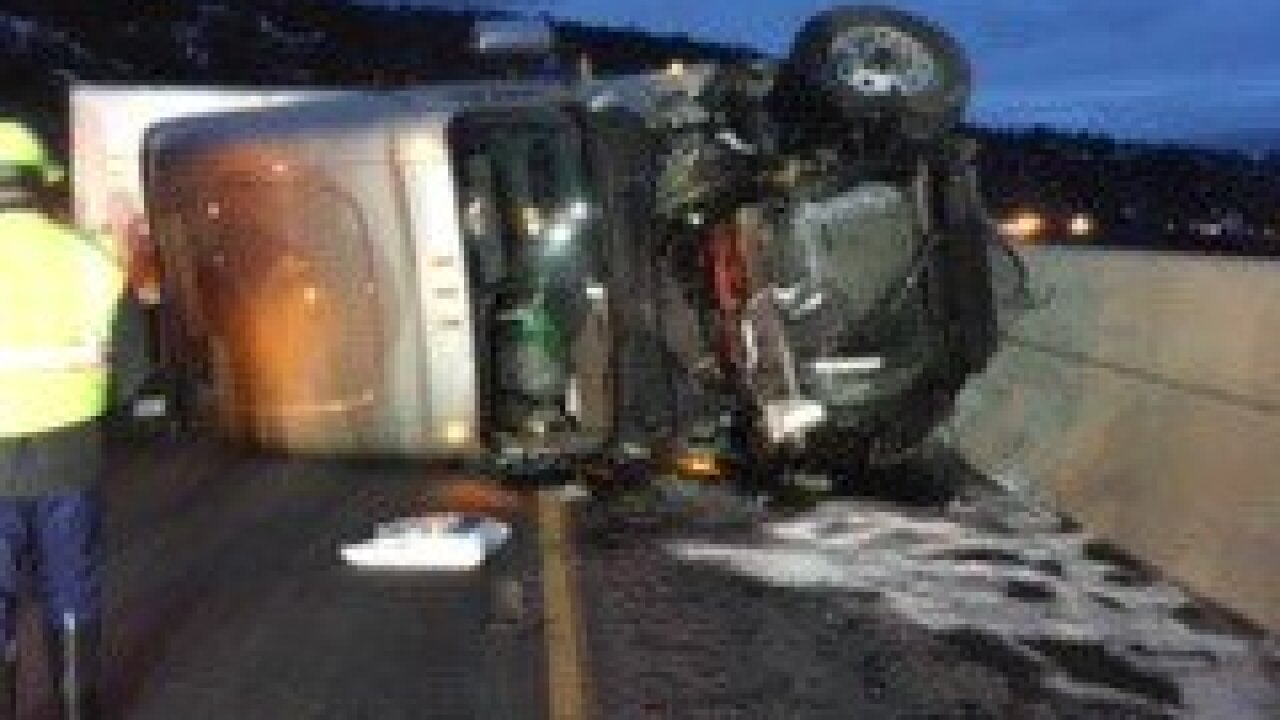 This photo from Caltrans shows the big rig that rolled over Wednesday morning on Highway 58 near Highway 202. 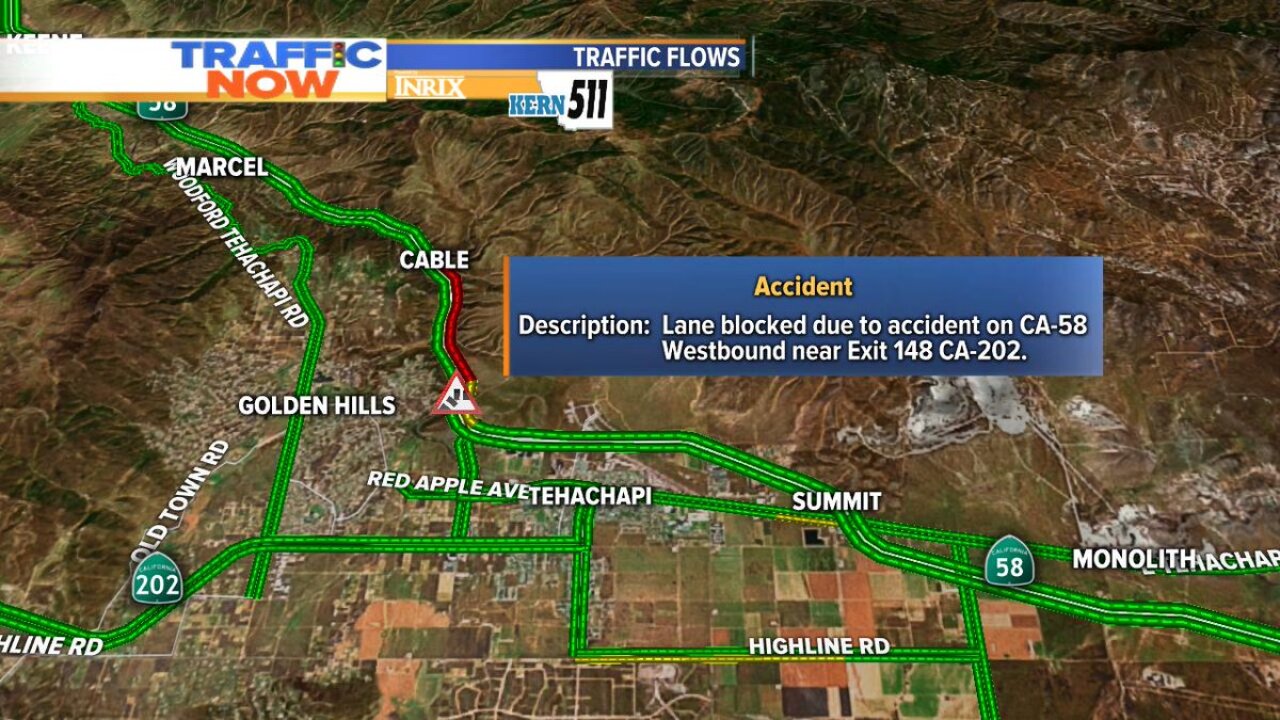 UPDATE (8:05 a.m.): The CHP's Bishop office says it is not known when the westbound lanes of Highway 58 near Highway 202 will be fully cleared.

Vehicles are using the right shoulder to travel westbound.

A big rig rollover on Highway 58 near Tehachapi is causing slowing Wednesday morning.

According to the California Highway Patrol, a big rig rolled over just west of Highway 202 a little after 4 a.m.

The CHP reports the big rig spilled its load and an estimated 100 gallons of diesel fuel.

The CHP is reporting a big rig rollover on westbound Hwy 58 just west of Hwy 202. It apparently spilled its load and an estimated 100 gallons of spilled diesel fuel pic.twitter.com/pmsVIODWFF

No injuries have been reported, but there is slowing and traffic on westbound 58 is backing up.