BPD: Bicyclist killed after being hit by pickup in southwest Bakersfield 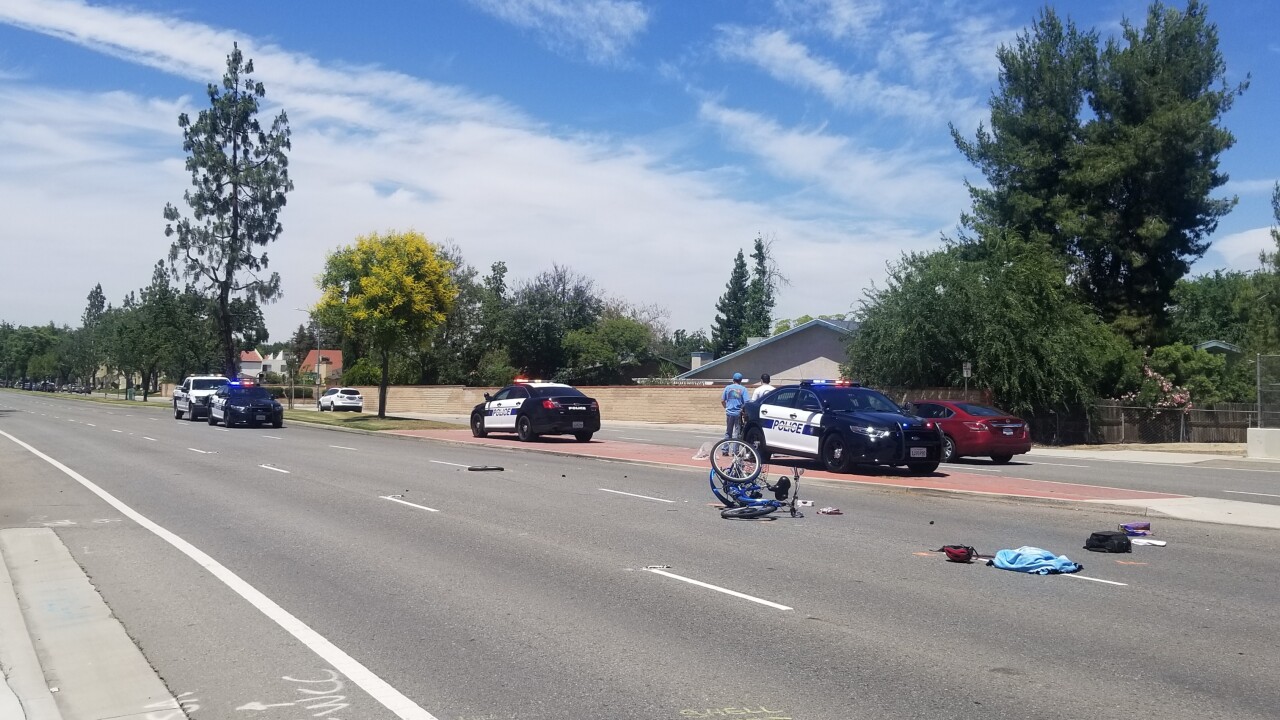 BAKERSFIELD, Calif. — A bicyclist has died in a crash involving a pickup in southwest Bakersfield.

An elderly man, who police would only say was over the age of 65, merged into the fast lane in front of the pickup, police said.

No alcohol or speed was involved, police said.

The bicyclist was taken to a hospital, where he was pronounced dead. The driver of the pickup was not injured, officials said, and remained at the scene.

All southbound lanes of Gosford were closed for investigation, but BPD was set to reopen them around 2:45 p.m.