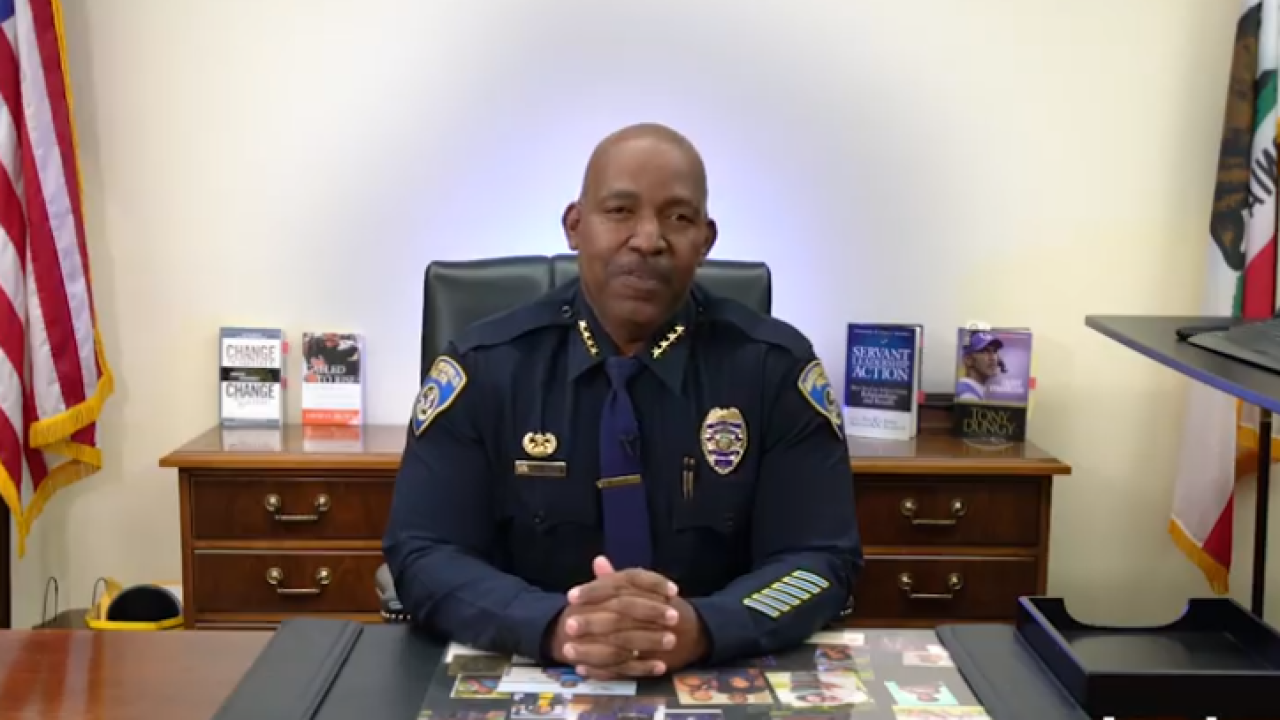 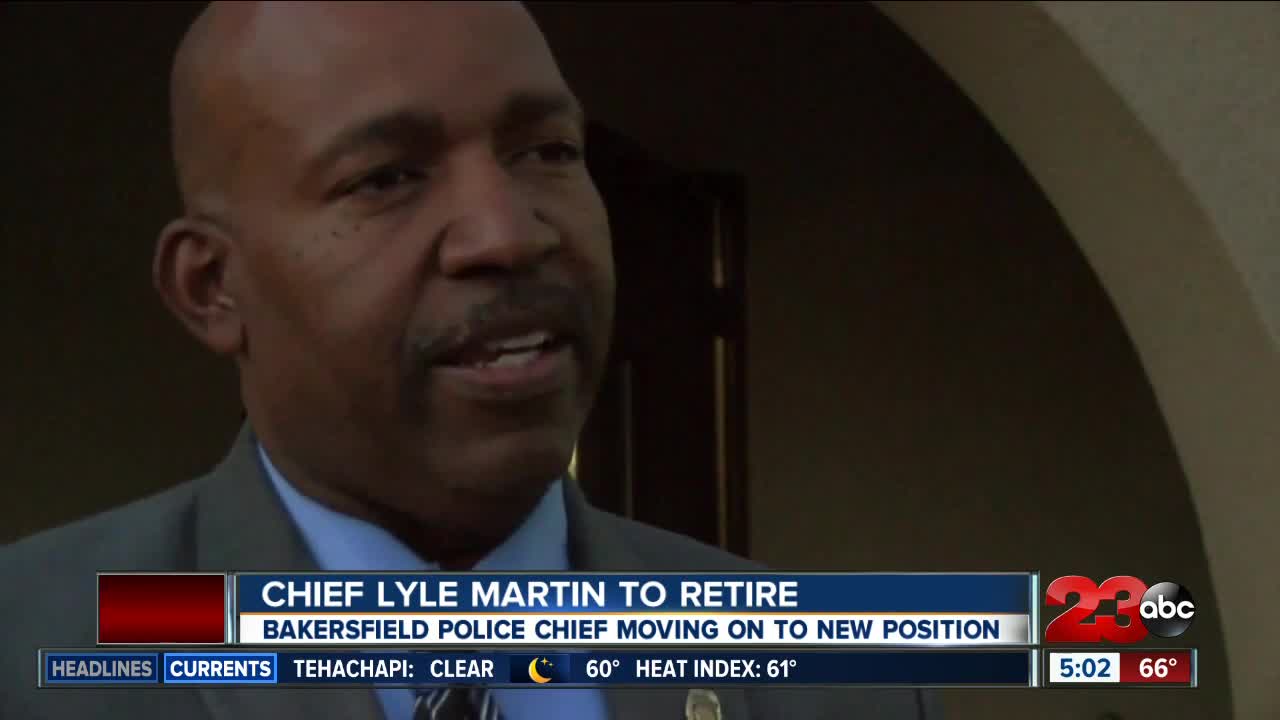 BAKERSFIELD, Calif. — UPDATE: In a statement, the City of Bakersfield announced that "Assistant Police Chief Greg Terry will serve as interim chief at the time of Martin’s retirement, and a search for a permanent chief is expected to begin soon."

In addition, they city said that the new chief will be chosen by the new City Manager. Current City Manager Alan Tandy is set to retire in January.

“Chief Martin has been an exemplary leader,” Tandy said. “He has improved morale, guided training and the development of policies that have made the department more customer-friendly and more responsive to the needs of our taxpayers. His spirit and dedication will live on in the department for many years.”

On Friday, the Bakersfield Police Department announced the retirement of one of its very own.

According to a Facebook video posted on the department's page, Chief Lyle Martin talks about his 31 years at the department and upcoming retirement.

Before he became police chief in 2016, Martin served as assistant chief of police since 2008. BPD tells 23ABC that the chief will be at the department "through the end of the year" and has not confirmed an interim.