BPD: City Manager of McFarland spoke to family before disappearing 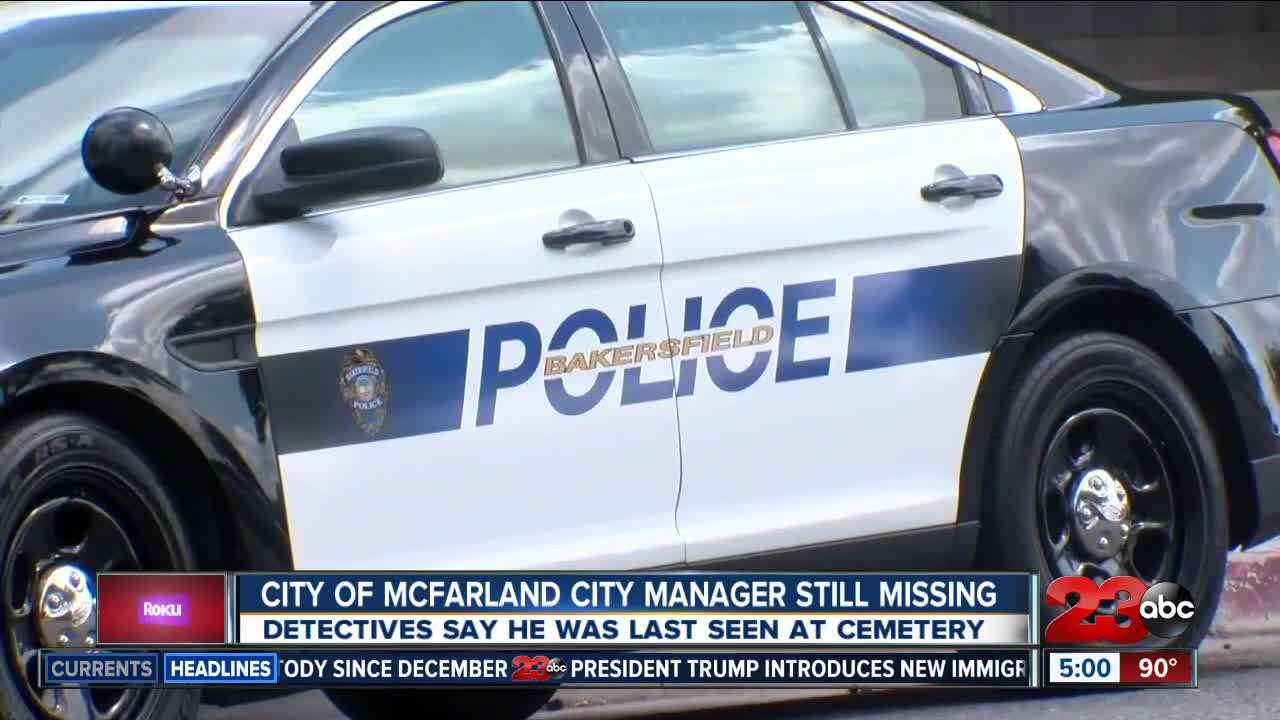 BAKERSFIELD, Calif. — The City Manager of McFarland hasn't been seen for 48 hours and Bakersfield Police investigators are still working to piece together new leads.

According to the Bakersfield Police, family members of McFarland City Manager John Wooner told police that on Tuesday night Wooner told his family that he was going to stop by the Hillcrest Memorial Park Cemetery but that he never returned home.

"I believe there was a family member whose gravesite he was visiting that evening," Sgt. Nathan McCauley of the Bakersfield Police Department said.

Police said Wooner's wife was the first person to report him missing to police Tuesday night.

"She was concerned so she notified law enforcement that he had not come home and she was expecting him," Sgt. McCauley said.

Just before midnight Tuesday detectives headed out to the cemetery to backtrack where he had been. Sgt McCauley said employees at the cemetery confirmed they saw Wooner in the cemetery around 5:30 p.m. Tuesday evening. Officials said he was in a silver Dodge Durango city vehicle.

"We did check to see if the vehicle has GPS or anything else equipped with it," Sgt. McCauley said.

However, the car and Wooner still haven't been found. Family members and officials from the city of McFarland would not comment today.

"If we don't know a lot of details regarding how they came to be missing person then we are going to treat it as suspicious circumstances and we are going to investigate it that way until we can find out otherwise," Sgt. McCauley said.

Even though Wooner works in McFarland, BPD said he lives in Bakersfield and it is now BPD's investigation.

"We will absolutely use any resource we can to try to find him, including working with the other agencies," Sgt. McCauley said.

The City of McFarland is scheduled to hold a special meeting Thursday at 6:30 p.m, where according to the agenda, they are set to discuss Wooner's employee performance evaluation.