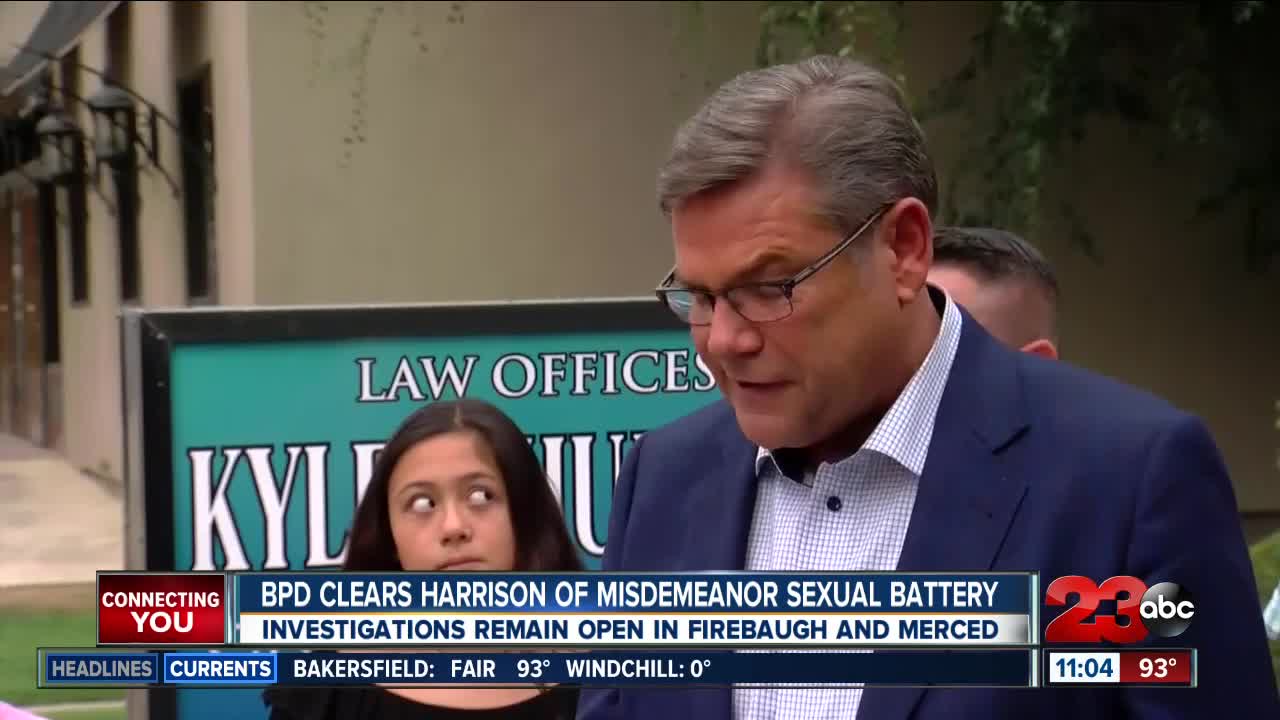 The Bakersfield Police Department says it has closed an investigation on Monsignor Craig Harrison involving allegations of misdemeanor sexual battery that happened in the early 1990's.

BAKERSFIELD, Calif. — The Bakersfield Police Department says it has closed an investigation on Monsignor Craig Harrison involving allegations of misdemeanor sexual battery that happened in the early 1990's.

In a statement, officials said, "in May 2019 the Bakersfield Police Department received allegations of misdemeanor sexual battery by Monsignor Craig Harrison that occurred during the early 1990’s. After a thorough investigation, we have not identified any allegations of criminal behavior with corroborative evidence."

BPD added that the case does not meet established standards for a recommendation for filing of criminal charges therefore, "It will not be forwarded to the Kern County District Attorney for review."

The Diocese of Fresno responded to BPD's statement saying:

In a press conference held by Harrison's attorney Kyle Humphrey, the Monsignor thanked Bakersfield Police. "They spent many hours conducting a thorough investigation into the allegations against me," he said. "They interviewed numerous witnesses and left no stone un-turned and I am grateful they were able to conclude that these accusations were unsubstantiated."

Shortly after another alleged victim told Merced Police that Harrison had innapropraitely touched him in 1988. At the time Harrison was serving at St. Patrick and Sacred Heart. A third alleged victim came forward claiming abuse by the Monsignor occuring in 1998. Then a forth alleged allegation in the form of an anonymous letter was sent to Bakersfield Police in 2002, which was deemed unsubstantiated.

Thursday night's press conference centered around a fifth accusation stemming from a Bakersfield man who says Harrison abused him as a boy between 1989 and 1992 when he was an alterserver at St. Francis.

Harrison has served the catholic church since the late 1980s. Here is a timeline of his service according to the Diocese of Fresno:

"There's no bases for these charges," said Kyle Humphrey, Harrison's attorney. "We are absolutely confident we will get to the same place with Firebaugh and Merced and then move on to the Diocese and then hopefully recognize that it's time to put Monsignor Craig back in business."

As of now investigations remain open into Harrison in Firebaugh and Merced.