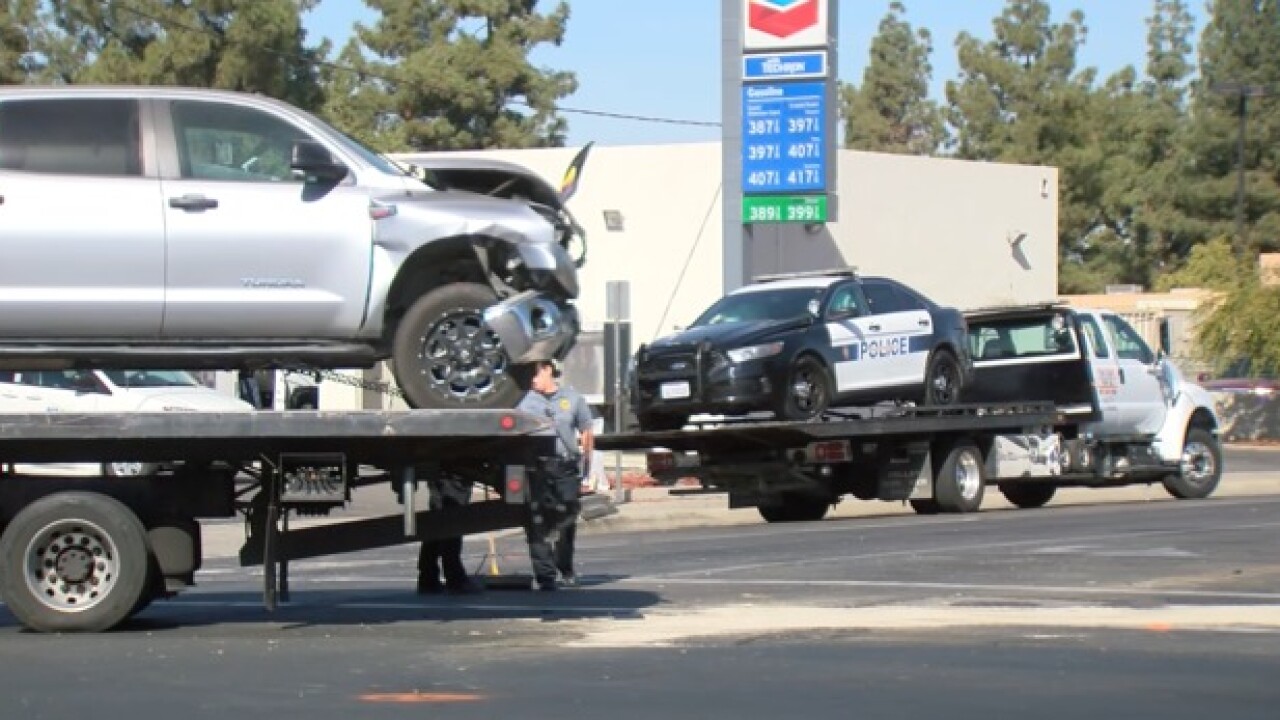 On October 31, 2018, at approximately 10:35 a.m., a Bakersfield Police Officer was driving a marked patrol car northbound on ‘Q’ Street at the intersection of 34th Street.

According to police, a silver Toyota Tundra driven by a 17-year-old female was traveling westbound on 34th street and, according to witnesses, failed to stop on red, resulting in a collision with the patrol car.

Witnesses said that the officer entered the intersection on a green traffic signal and was not responding to an emergency call at the time. The 17-year-old complained of pain and was released to a parent on-scene.

The officer was transported by ambulance to a local hospital with minor-to-moderate injuries.

Officials said that alcohol, drugs, and speed were not factors in this collision. There were no passengers in either vehicle.

Anyone with information regarding this case is encouraged to contact BPD at (661) 327-7111.