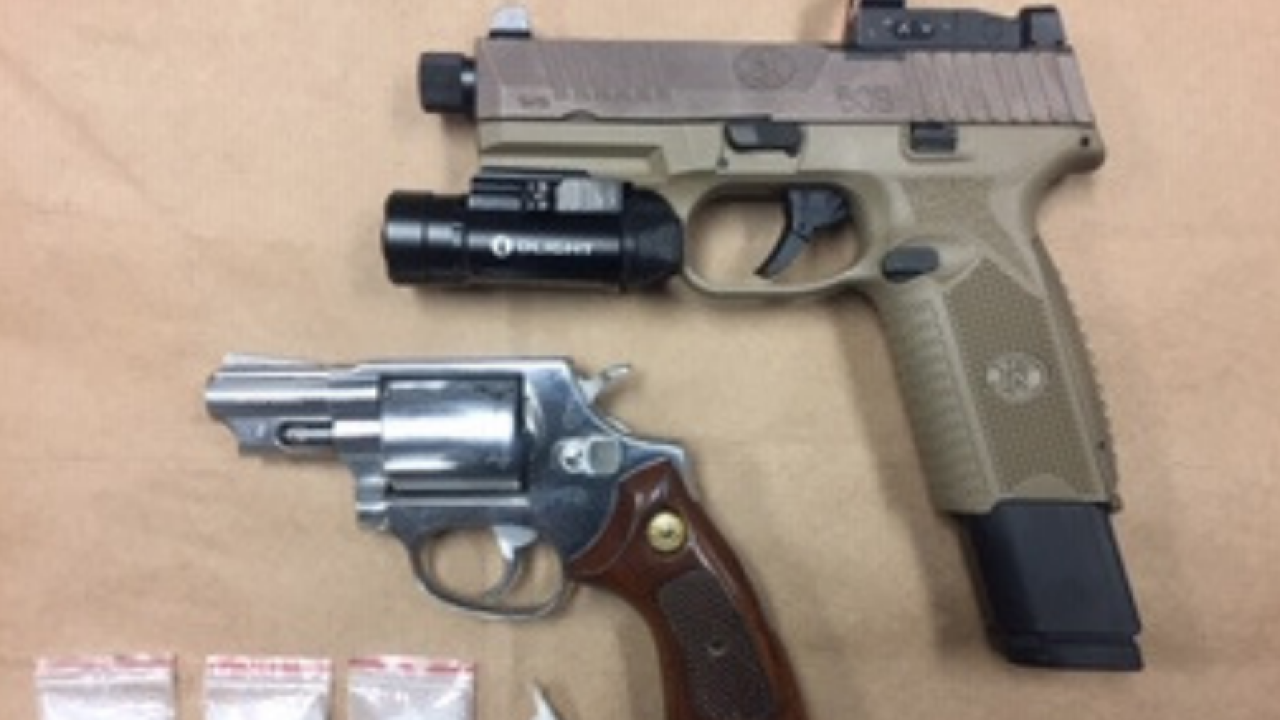 BAKERSFIELD, Calif. — A man wanted for outstanding warrants is in jail after Bakersfield Police found several drugs and firearms during a search.

According to BPD, On April 7 around 4 p.m. officers searched the 800 block of Washington Avenue for 25-year-old Kyle Skaggs, who was wanted for four outstanding felony arrest warrants.

Upon arrival, BPD detained Skaggs in the backyard of a residence and conducted a search. During the search BPD found a loaded .38 caliber revolver concealed in Skaggs' pants pocket and several bags of suspected methamphetamine. Officials also searched Skaggs' vehicle where they discovered an additional loaded firearm.

Skaggs was arrested and booked on several felony firearms related charges, possession of a controlled substance while armed, and outstanding arrest warrants.