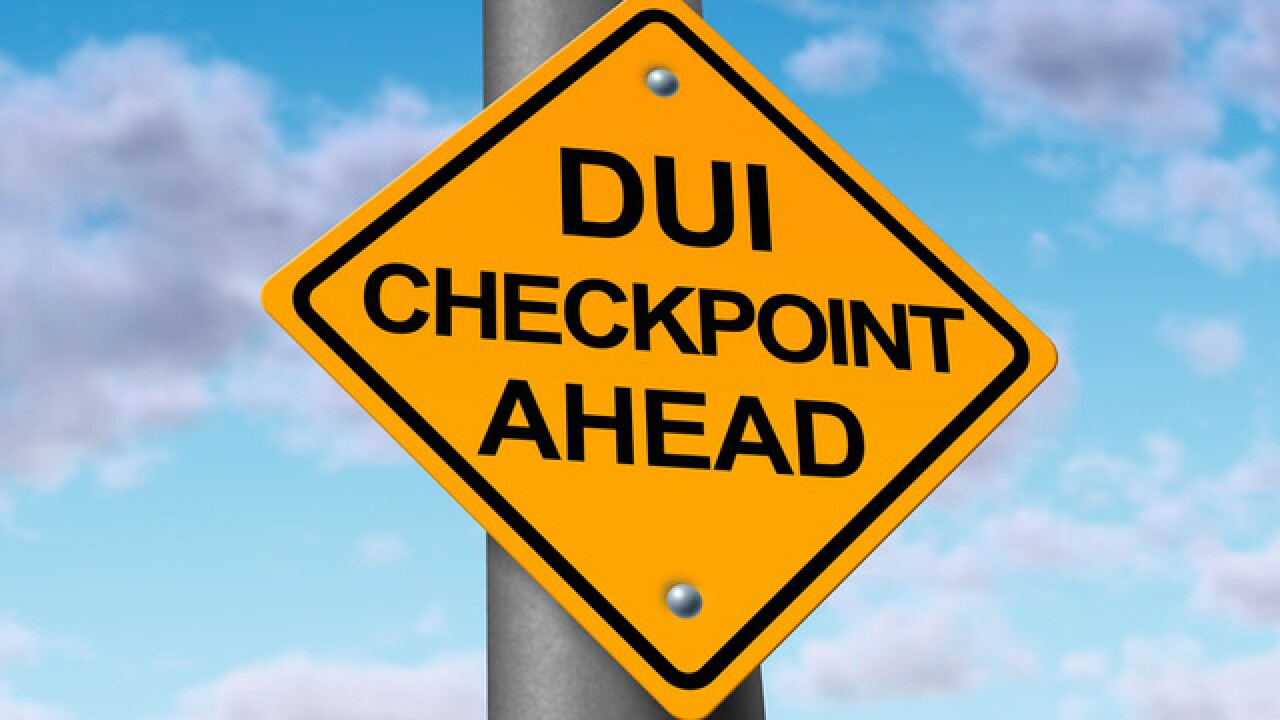 BAKERSFIELD, Calif. — The Bakersfield Police Department is looking to keep the roads safe with an upcoming DUI/driver’s license checkpoint.

The checkpoint is scheduled to take place this Saturday at an undisclosed location within the city limits between the hours of 6:00 p.m. and 2:00 a.m.

BPD said research shows that crashes involving an impaired driver can be reduced by up to 20 percent when well-publicized DUI checkpoints and proactive DUI patrols are conducted routinely.

Over the course of the past three years, DUI collisions have claimed 26 lives and resulted in 487 injury crashes harming 682 of our friends and neighbors in Bakersfield, according to BPD.

BPD said alcohol and drug-impaired deaths still made up the largest category of overall vehicle fatalities in 2012 with 29 percent of all deaths caused by a drunk driver. Officers will be looking for signs of alcohol and/or drug impairment with officers checking drivers for proper licensing while delaying motorists only momentarily.

Drivers caught driving impaired can expect the impact of a DUI arrest to include jail time, fines, fees, DUI classes, and other expenses that could exceed $10,000.