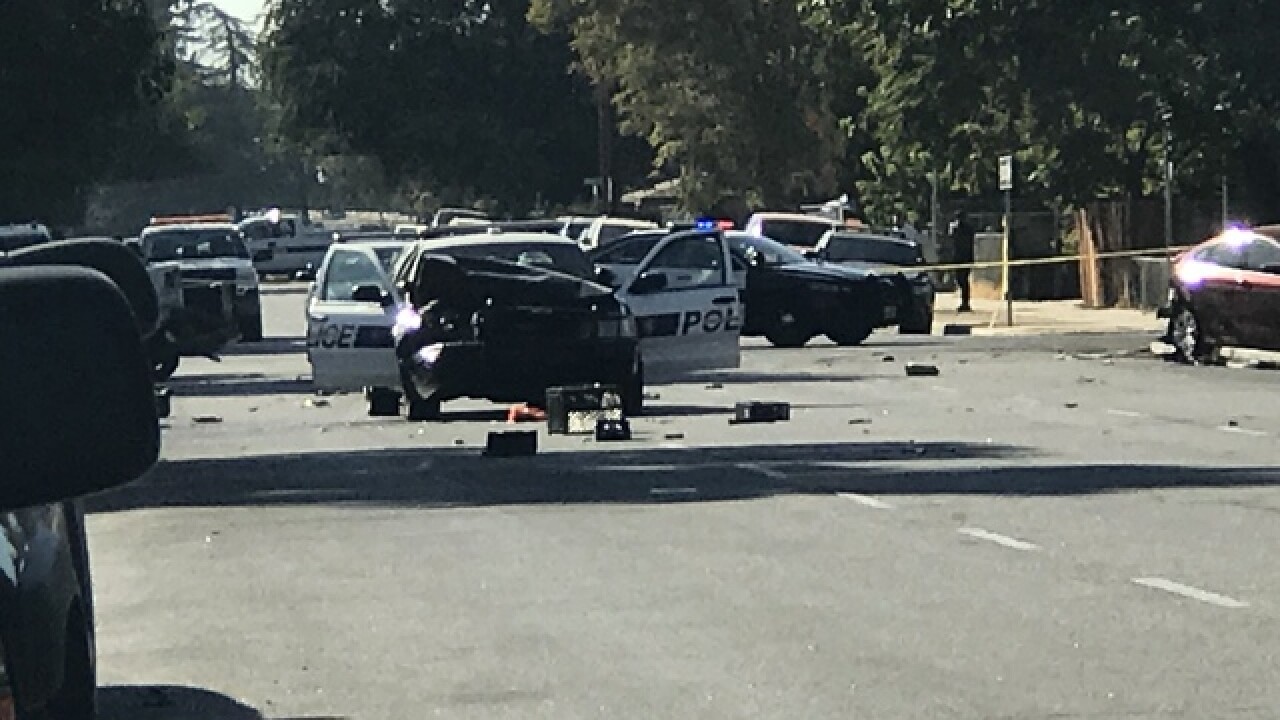 A Bakersfield Police patrol car was involved in a crash in East Bakersfield.

The crash happened on Monterey St. and Tulare St. According to BPD, the patrol car collided with a truck along with a parked car. The two officers in the patrol car were not injured. The passenger of the truck was taken to the hospital with minor injuries.

BPD says officers were responding to calls for a shooting in the 1300 block of Niles Street when the crash occurred, and BPD says they had their lights and sirens on when they were responding. Drugs or alcohol do not appear to be factors in the collision.

Officers arrived at the location of the reported shooting and found evidence of a shooting, but were unable to find any victims.