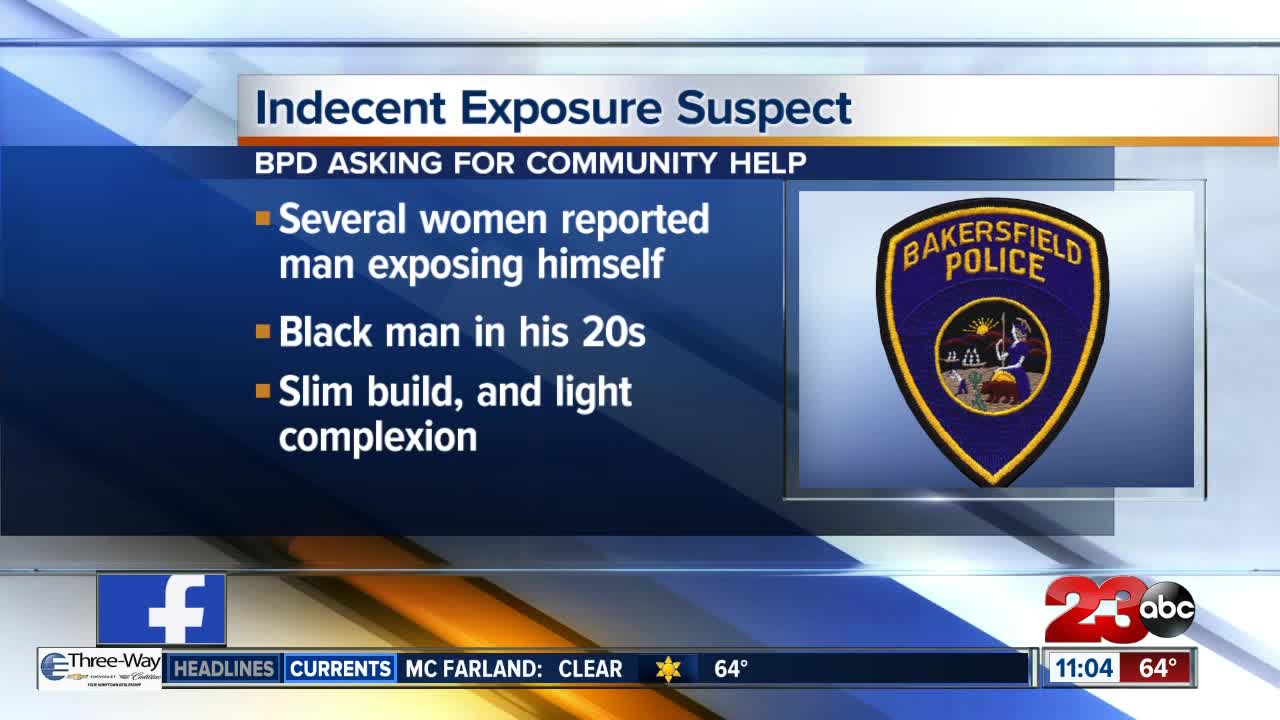 The Bakersfield Police Department is asking for the community's help in identifying a suspect wanted for indecent exposure.

BAKERSFIELD, Calif. — The Bakersfield Police Department is searching for a man accused of exposing himself to multiple women in various parts of Southwest Bakersfield early Sunday morning.

A BPD press release describes the suspect as a black man in his 20s, who is about 6 feet tall, with a slim build. He was last seen wearing a black hooded sweatshirt with black or purple shorts.

The release states one of the incidents occurred at an apartment complex in southwest Bakersfield, but did not detail the location in specifics.

BPD told 23ABC News that they can not release the specific locations of the incidents.

BPD is asking anyone with information to contact authorities at 661-326-3907.