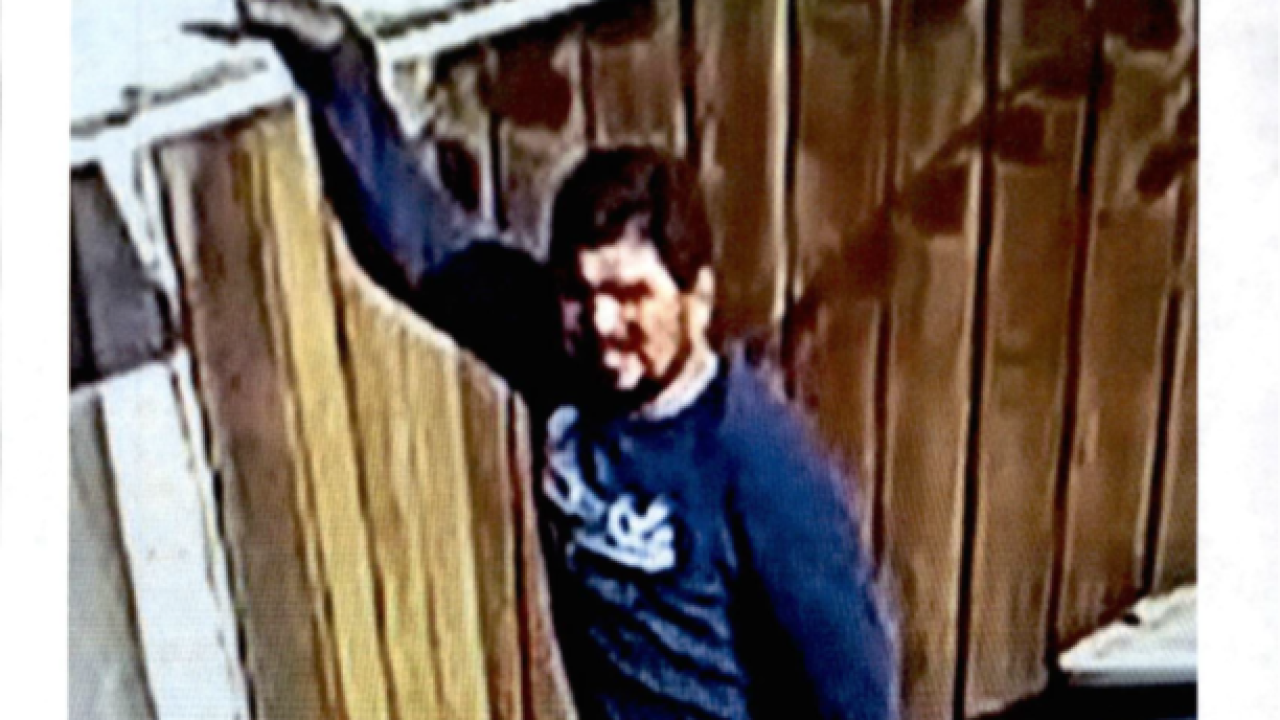 BAKERSFIELD, Calif. — The Bakersfield Police Department is asking for assistance in locating a suspect responsible for attempted burglary on November 18 at about 1:45 p.m.

According to police, the suspect was caught on surveillance video entering a garage near 800 East 19th Street.

The suspect is described as a Hispanic man between 30 to 35 years old, wearing a blue Aeropostale shirt with blue jeans and brown shoes. He also had short black hair and a beard.